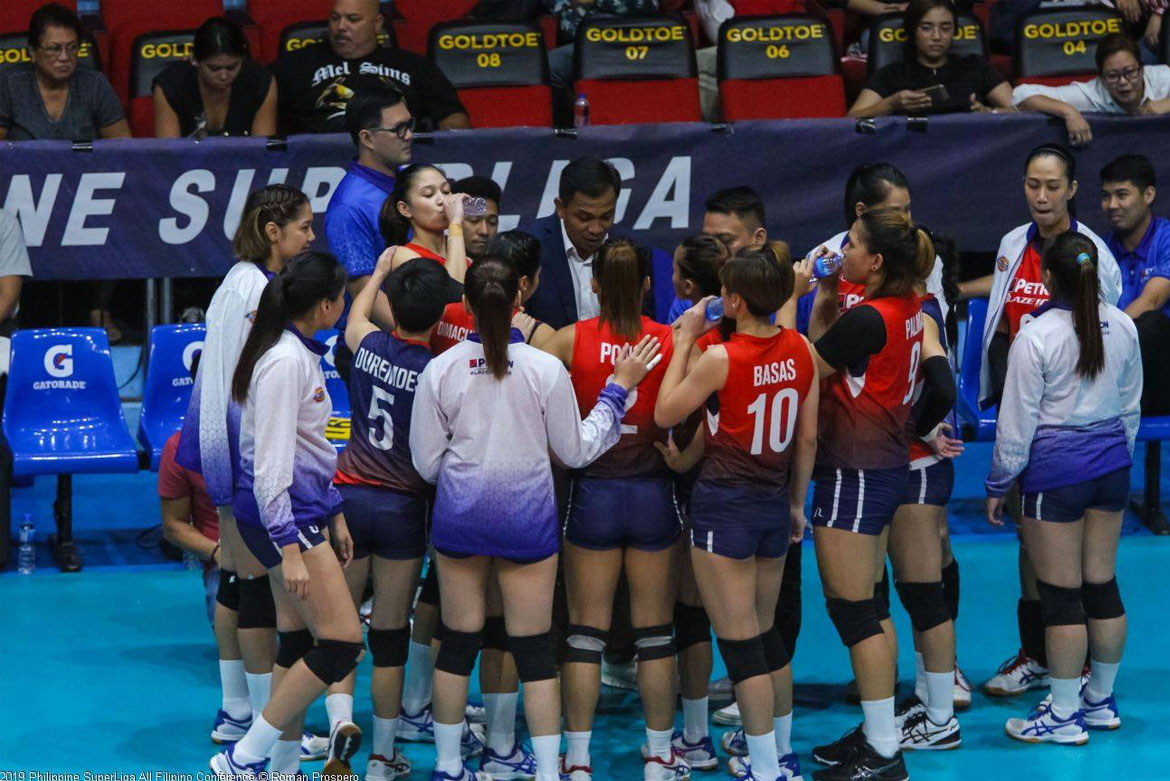 Petron reigned supreme over the Philippine Superliga All-Filipino Conference for the last two years, but their long streak of dominance came to a halt on Thursday evening.

In Game One, Petron suffered a come-from-behind heartbreaker that erased their twice-to-beat advantage. Tonight, the Blaze Spikers then had the chance to give the Cignal HD Spikers a dose of their own medicine.

Mired in a 0-2 pit, the troika of Sisi Rondina, Ces Molina, and Aiza Maizo-Pontillas carried the scoring load for the Blaze Spikers. Together, whittled away the deficit to eventually force a rubber set.

However, the HD Spikers proved to be the hungrier team in the final chapter of the epic series. With the battle-tested duo of Rachel Anne Daquis and Jovelyn Gonzaga behind the wheels, Cignal dethroned the three-peat seeking Blaze Spikers.

The Blaze Spikers were heavily favored to win it all this year. They entered the semifinals series carrying the momentum of a 12-game winning surge.

Petron even perched atop the standings at the end of the preliminaries with a conference-best 13-1 win-loss record – including a season-series sweep of the HD Spikers, who surrendered two five-setters to Petron.

But this will be the first time since 2016 that Petron won’t be competing in the biggest stage of the All-Filipino tourney.

Nonetheless, Delos Santos told his wards to keep their head high despite the heart-wrenching loss.

For now, Delos Santos and the Blaze Spikers will have to brush aside the dreariness and focus on the task at hand — a bronze match against the Foton Tornadoes on Saturday.