Everything was going right for Arvin Tolentino until the 3:43 mark of the fourth quarter.

By that point, the former San Beda Red Cub had chipped in 19 points together with four rebounds and two assists to lead the Far Eastern Tamaraws’ charge against the then-undefeated Adamson University Soaring Falcons.

However, while fighting for the ball, Tolentino struck Adamson star Sean Manganti in the face which forced the referee to call for a disqualifying foul on the 6-foot-5 forward.

It was simply a case of déjà vu for Tolentino.

The UAAP Season 77 Men’s Basketball Rookie of the Year was ejected on October 7, 2017, the exact same day, also against the Soaring Falcons when he kicked former Adamson player Dawn Ochea. This time, though, he feels that he was hard done by. 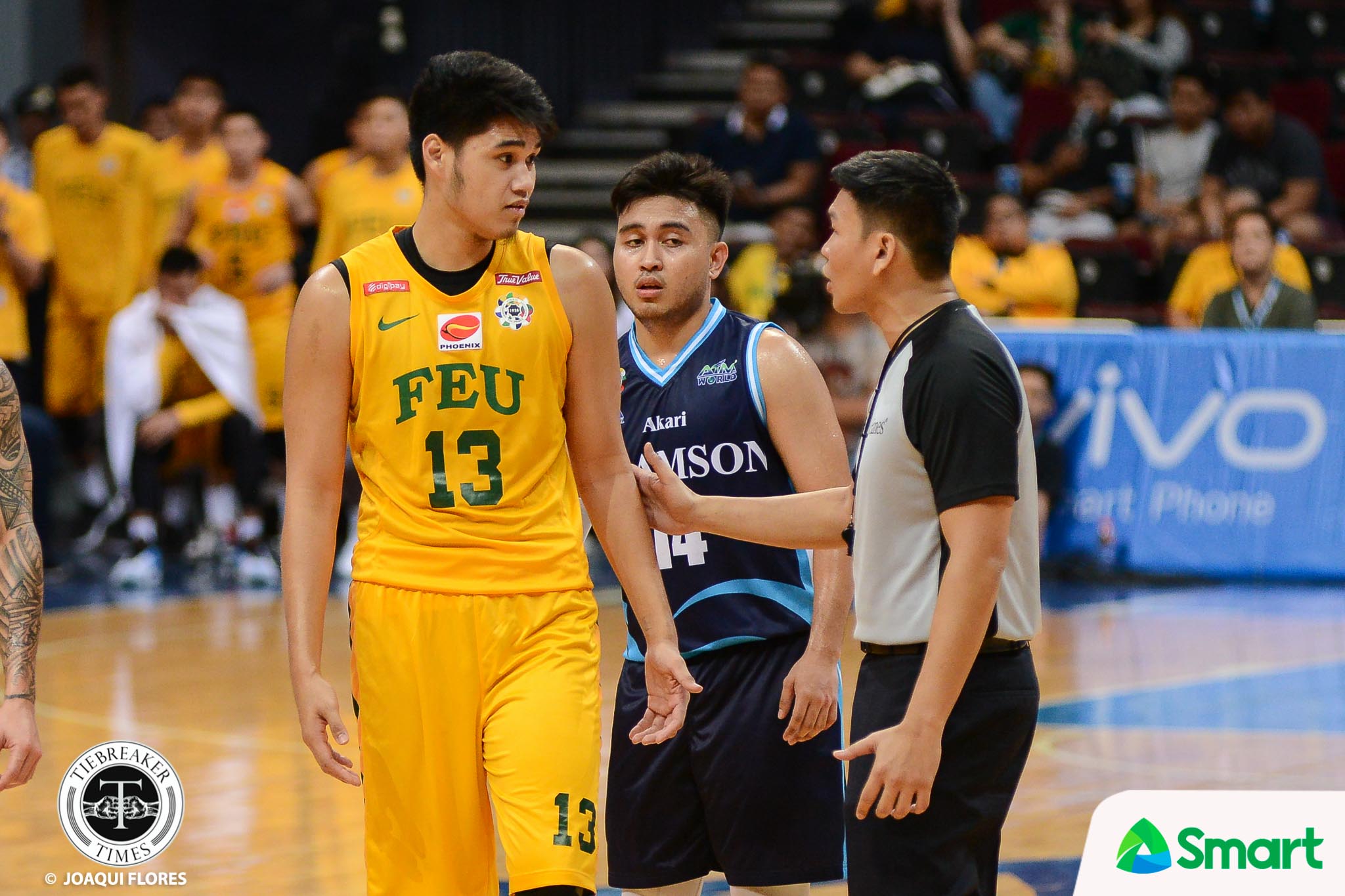 Tolentino said that he had no lessons to learn from the incident, as he never intended it to happen in the first place. One consequence of his disqualification is his ineligibility for any individual award this season.

While Tolentino was out of the playing court, his fellow Tamaraws fought tooth and nail for the 88-85 victory in overtime, for which he was elated.

In the short term, Tolentino has to make do with the fact that he won’t be able to play in their next game against the Ateneo Blue Eagles, his former school, on October 10 at the SM Mall of Asia Arena. However, he holds slim hopes of playing in that game.