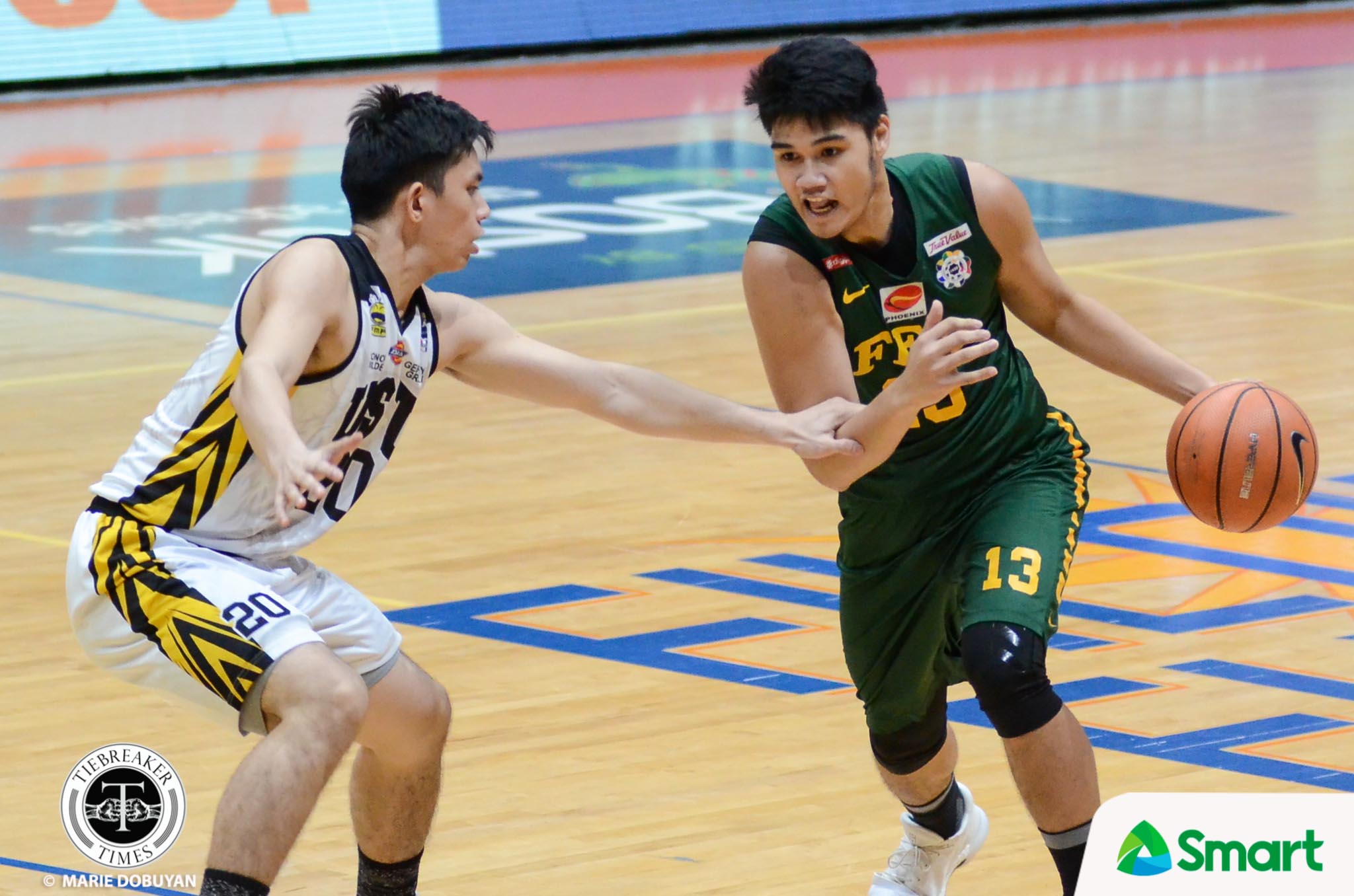 When the Far Eastern University Tamaraws were duking it out against the De La Salle University Green Archers last Wednesday at the SMART-Araneta Coliseum, Arvin Tolentino was sitting at home, watching his team fall 73-75.

Toletino was suspended for the game.

Last October 7, FEU had been on a receiving end of a beat down by the Adamson University Soaring Falcons. But in the fourth quarter of that contest and with the game already out of reach, Tolentino — who had already been assessed with an unsportsmanlike foul during the third quarter — was caught by the referees trying to kick Dawn Ochea, resulting in his ejection.

In his first year with the Tamaraws, the 6-foot-5 stretch forward is averaging 11.0 points and 5.1 rebounds. Though his presence would not have automatically translated to a win, what he regrets is that he was not able to fight with his brothers.

And Tolentino made sure to make amends to his team by tallying an efficient 13 points and five rebounds in just 11 minutes of game time during FEU’s 96-70 win against the University of Santo Tomas, Sunday afternoon

Iyah Sevilla comes alive, puts La Salle up 1-0 against UP