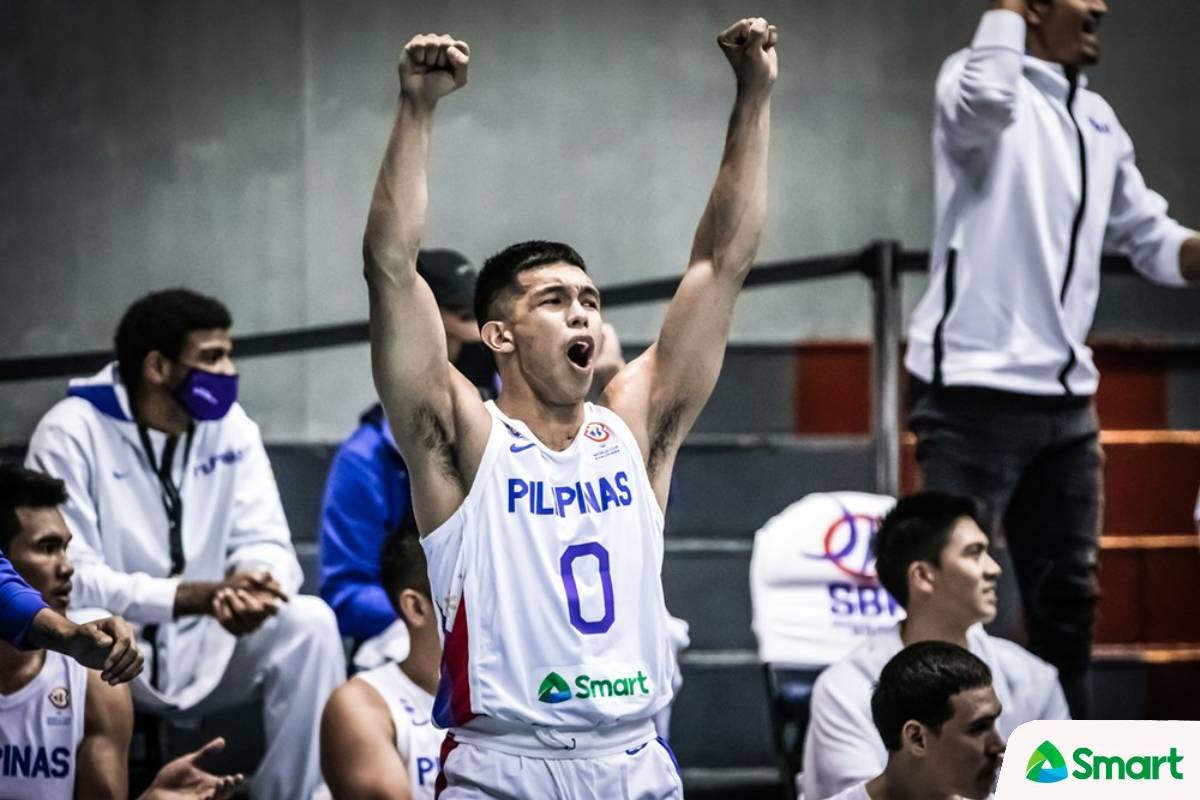 Thirdy Ravena submitted an all-around performance as Gilas Pilipinas ripped Malaysia, 87-44, to move on the cusp of another gold in Southeast Asian Games men’s hoops, Saturday at the Thanh Tri Gymnasium in Hanoi, Vietnam.

The 25-year-old was the game’s lone double-digit scorer with 17 points, on top of seven rebounds, five assists, and two steals as he helped his side shake off sluggishness early on the way to their fifth win in as many outings.

He sank a total of three triples, one of which sparked a 10-0 run to turn a one-point deficit to a 19-10 lead for the Filipinos at the end of the first.

Roger Pogoy, LeBron Lopez, and Isaac Go helped the B.League veteran out in the following frame, which they opened with nine unanswered points to push their lead to 18 — and mark the beginning of an all-Philippines show.

Serving as the cherry on top of the 43-point decimation was the highlight provided by the 19-year-old Lopez, wherein he caught the lob of Kiefer Ravena for a two-handed alley-oop jam with 9:22 remaining in the game.

Lopez finished with nine points, together with five rebounds, two steals, and two blocks as he continues to be a solid presence for Gilas.

Pogoy scored nine as well and hauled down a game-high 10 rebounds in the win. Go added eight markers, as all scored at least four in the win.

The Philippines will face Indonesia on Sunday, May 22, at 4 p.m. A victory would give the nation its 14th straight SEAG crown, and 19th overall.

The Indonesians are presently the only other unbeaten team in the tournament with a 4-0 record. Should they take care of business opposite the hosts later tonight, their clash with Gilas will virtually be the gold medal match.

Malaysia, meanwhile, was led by the trio of Jia Run Lee, Wee Yong Gan, and veteran Kuek Tian Yuen as they had eight points each in the defeat.