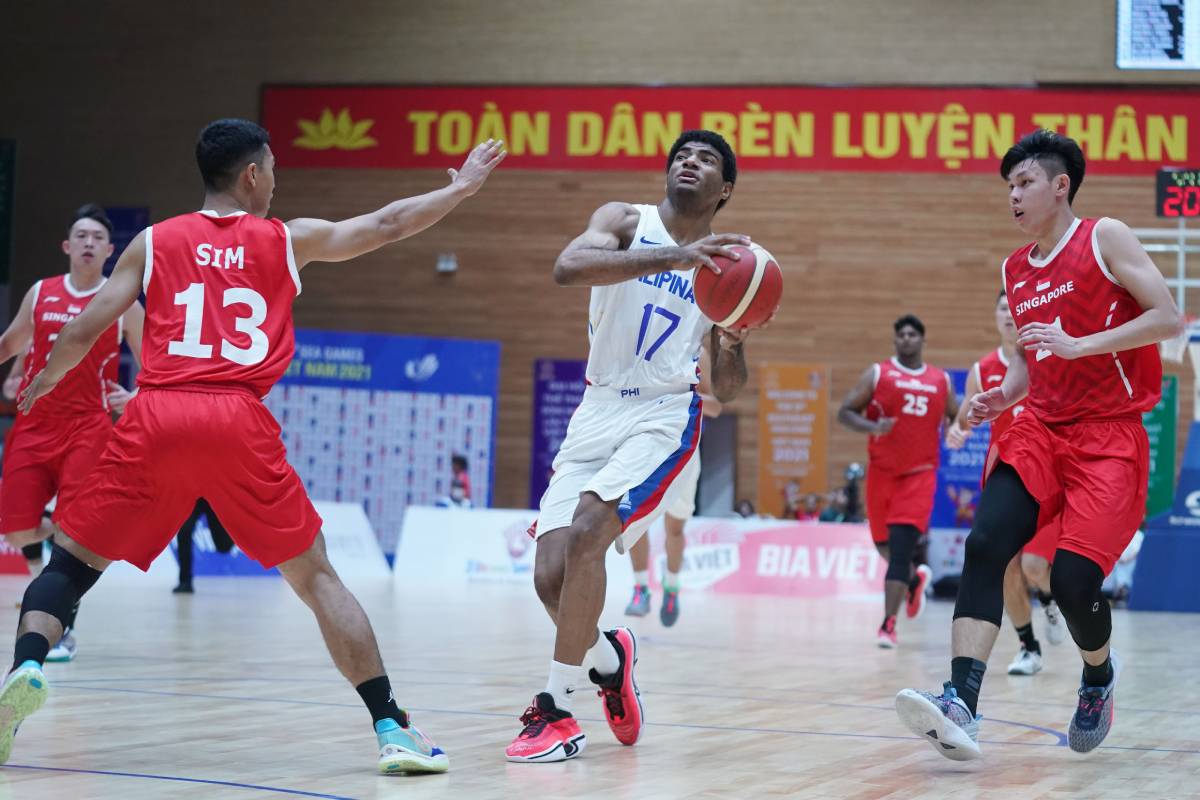 The veteran internationalist fired 19 points for easily his best performance of the tournament to date, spearheading the reigning kings’ 15-1 start to make it a wire-to-wire affair that eventually led to their third win in as many games.

Having scored just 10 in their first two games, the 29-year-old shot 47-percent from the floor and added three steals and two rebounds to his line.

Pogoy, though, received plenty of aid, especially from LeBron Lopez, who continued his stellar play as he had 18 points on 7-of-7 shooting — this, after making 17 to lead the way in their 100-32 conquest of Malaysia Tuesday.

The 19-year-old winger, though, got hurt following a bad landing off a dunk with 2:51 left in the third quarter. But fears were allayed when he was able to return to the match as part of the starting unit for the final period.

And, he even applied the exclamation point to yet another dominant victory with a one-handed jam in the final seconds of the game.

Matthew Wright also carried over his fine play from Tuesday with 11 points. Jaydee Tungcab also had 11 as all but one scored in the triumph.

The Filipinos will face the hosts next on Thursday, May 19, in a marquee matchup to be played on primetime at 8:00 p.m. (Manila time).

That game against the Vietnamese will be the start of a crucial stretch for the defending champions as they will face Malaysia and Indonesia next.

None from Singapore finished in twin digits in the defeat. Young big man Lavin Raj was their top scorer with eight points, along with a pair of rebounds.