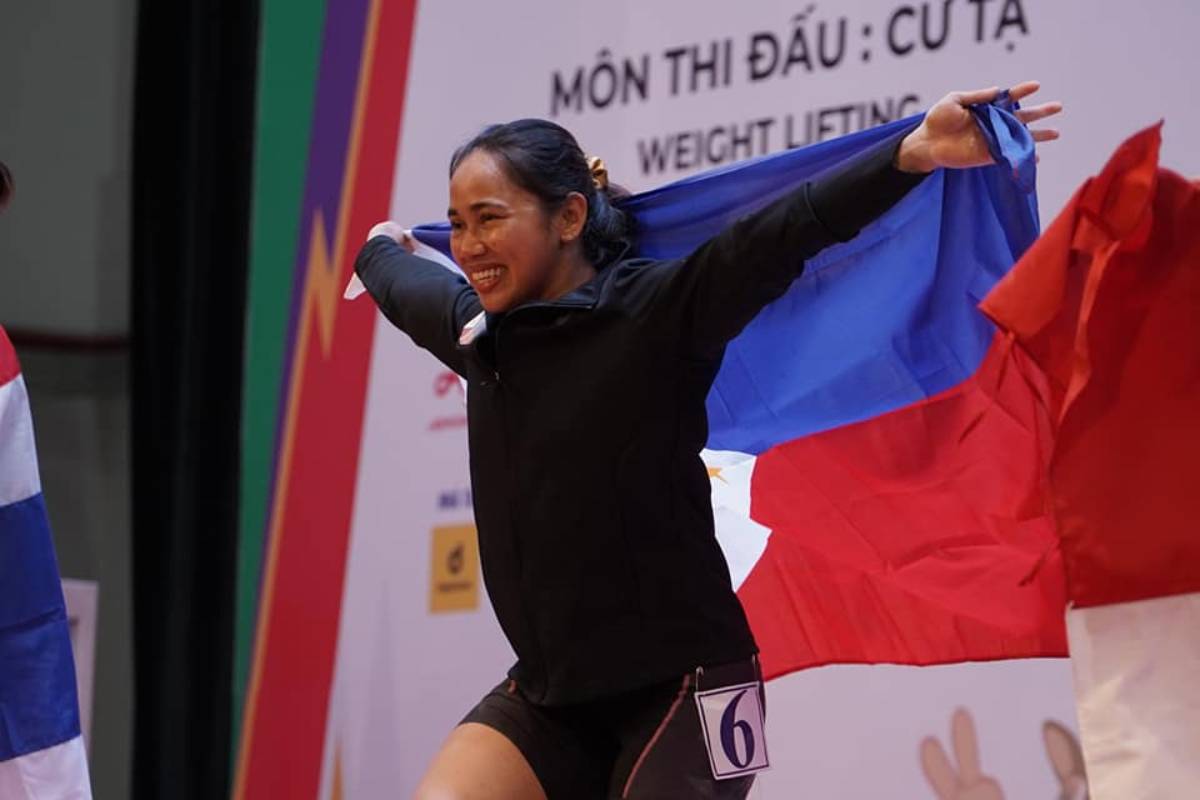 Hidilyn Diaz captured her second straight Southeast Asian Games gold after dominating the women’s minus-55 kg with a total of 206 kg, Friday in the Hanoi Sports Training and Competition Centre in Hanoi, Vietnam.

With a predominantly Filipino crowd that included Philippine Olympic Committee president Rep. Abraham Tolentino and Chef de Mission and Philippine Sports Commissioner Ramon Fernandez, cheering her on, Diaz set a new SEAG mark of 92 kgs in the snatch, but the record was short-lived as Tanasan raised the metal plates by a kilogram to literally snatch the new record and led the competition at the break.

But there was no concern at all from Team HD’s camp.

“The clean and jerk is where she really stands out,” said sports psychologist Dr. Karen Trinidad, who is part of Diaz’s world-class support staff known as Team HD.

True enough, Diaz was at her best in the clean and jerk, where she pounced on the field with an initial 114-kg lift that proved too high a mountain to climb for the Thai, who managed only a best lift of 110.

“We studied our opponent, we know she’s strong in the snatch, but not so much in the clean and jerk. But of course, we cannot downplay the competition. I always do my best,” said Diaz, adding that it was a struggle training for the SEA Games after her busy schedule as a result of her Tokyo Olympic gold triumph.

“I was able to drop my weight from 61 to 55, that is why I’m so grateful to Team HD to reach this performance again,” added Diaz, who plans to take part in the World Championships and the Asian Games, just before the Paris games.

On Sunday, it will be the turn of John Kevin Padullo (men’s 89 kgs), Kristel Macrohon (women’s 71 kgs and John Dexter Tabique (men’s 89 kgs). 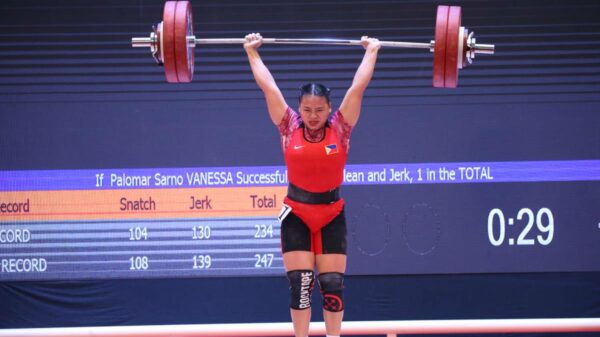 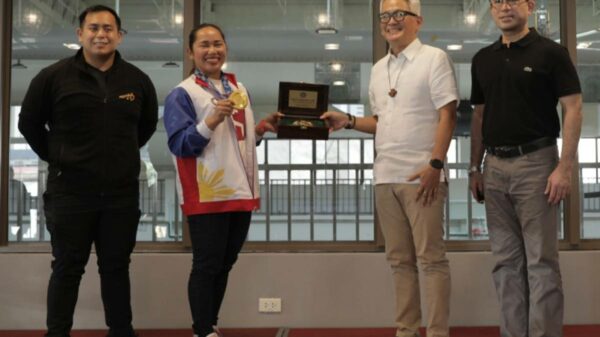