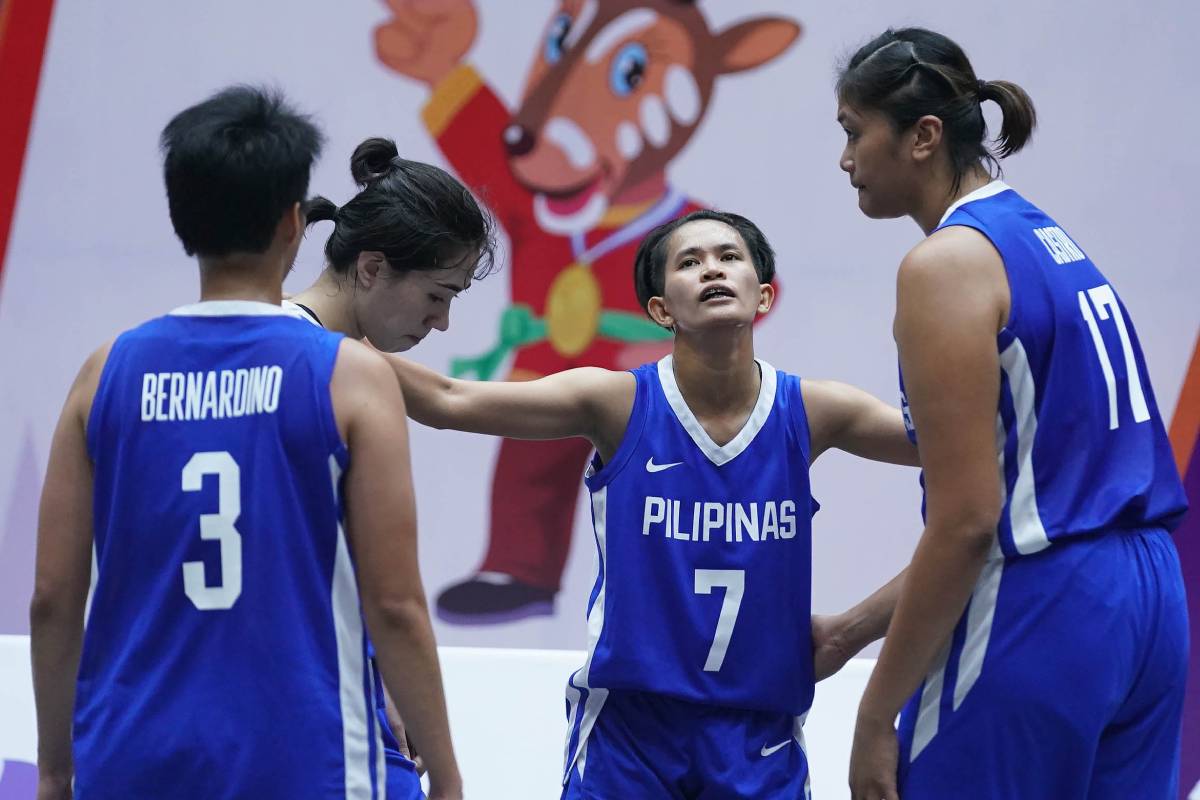 Gilas Pilipinas Women’s title retention bid is off to a bad start after suffering back-to-back losses in the opening salvo of the 31st Southeast Asian Games 3×3 competitions, Friday at the Thanh Tri Gymnasium in Hanoi, Vietnam.

The reigning gold medalists bowed to familiar foes Thailand, 21-14, in the final game of the day in a rematch of the 2019 final in Manila.

It could be recalled that the Filipina dribblers also lost to their rivals in the elimination round of the previous SEAG 3×3 meet, 22-20 in overtime, but were able to earn a sweet payback in the final by way of a 17-13 victory.

Years later and the Thais exacted revenge with the seven-point triumph, putting the Philippines’ championship aspirations in danger as well.

Gilas earlier lost to the home team by way of a 21-18 decision. They actually came back from four points down and turned it to a 16-12 advantage, but collapsed no thanks to the hot shooting of their counterparts.

The Filipinas ended the day with a 1-2 record, with their lone win coming at the expense of Cambodia, 21-15. They’re currently at fifth in the standings, which is presently headed by Thailand with a pristine 4-0 record.

Gilas would need to win all their games on Saturday if they are to enter the semis, where the top four teams at the end of the round robin will advance.