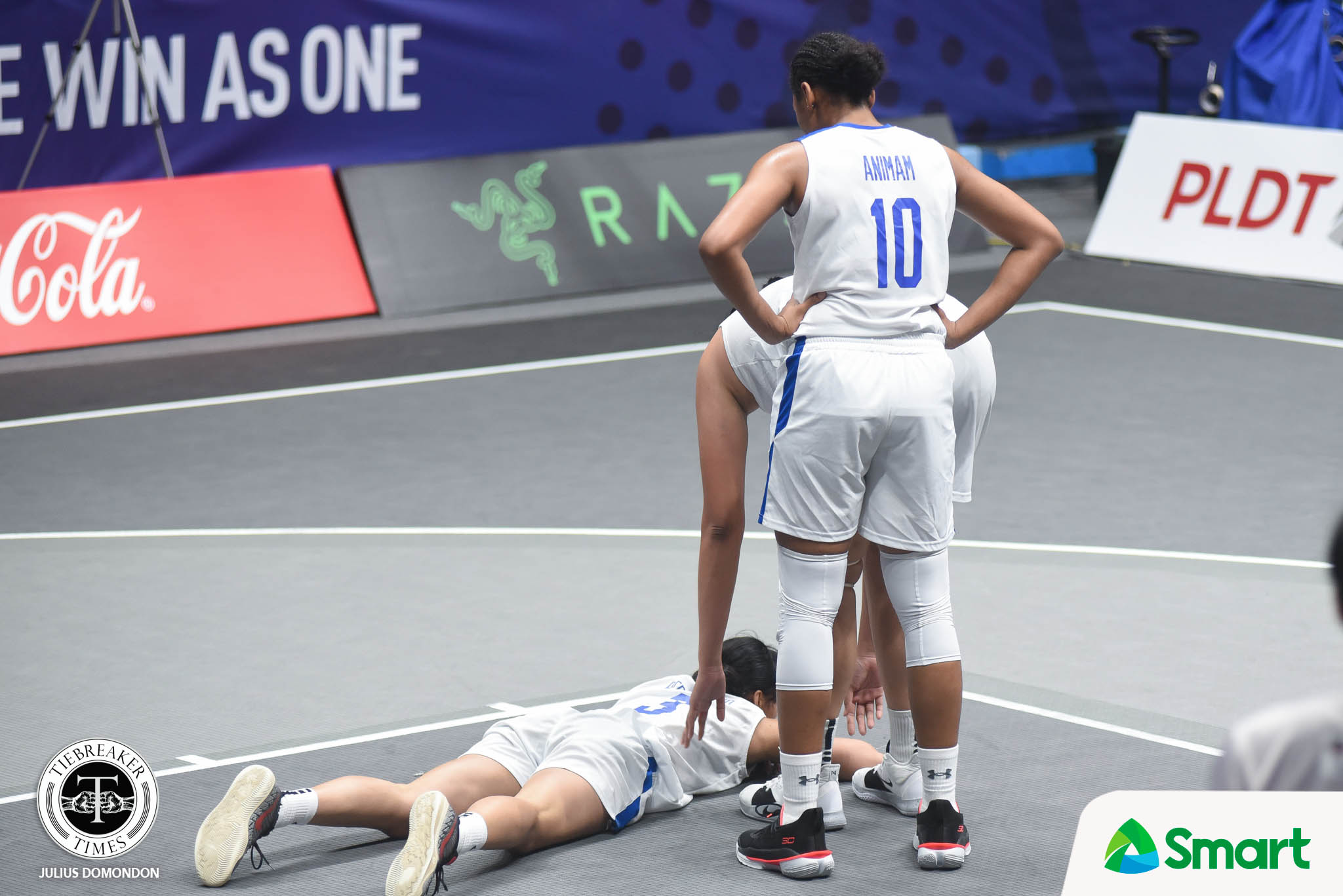 Gilas Women saw their reign as queens of Southeast Asian 3×3 come to a bitter end after a 21-14 defeat at the hands of rivals Thailand in the semis of the 31st SEA Games, Saturday at the Thanh Tri Gymnasium in Hanoi, Vietnam.

The Filipinas managed to keep at par with their counterparts early, but the latter caught fire and slowly took the fight away from the defending champs.

Game was tied at 9-all until the Thais unfurled a spirited rally, highlighted by a Rujiwan Bunsinprom two-pointer, en route to a 16-10 lead with 3:20 left.

That proved to be a wall too insurmountable for Gilas, despite the efforts of center Clare Castro and top gunner Janine Pontejos.

Warunee Kitraksa launched a floater with 9.3 seconds for the clinching bucket as Thailand asserted mastery of its opponents, whom it also beat by way of a 21-14 decision Friday evening to cap off the opening festivities.

It was definitely sweet revenge for the Thais, who settled for silver in the 2019 competitions against the crew mentored by Pat Aquino, 13-17.

The Philippines will play for the bronze later in the day against Indonesia, who fell to Vietnam, 16-19, in the other semis bracket.

Gilas has an axe to grind against the Indonesians, especially after that 21-12 defeat they absorbed during the elimination stage earlier.

Meanwhile, the host nation, seeded third at the end of the single round-robin, now has the chance to win the gold on home soil against Thailand.