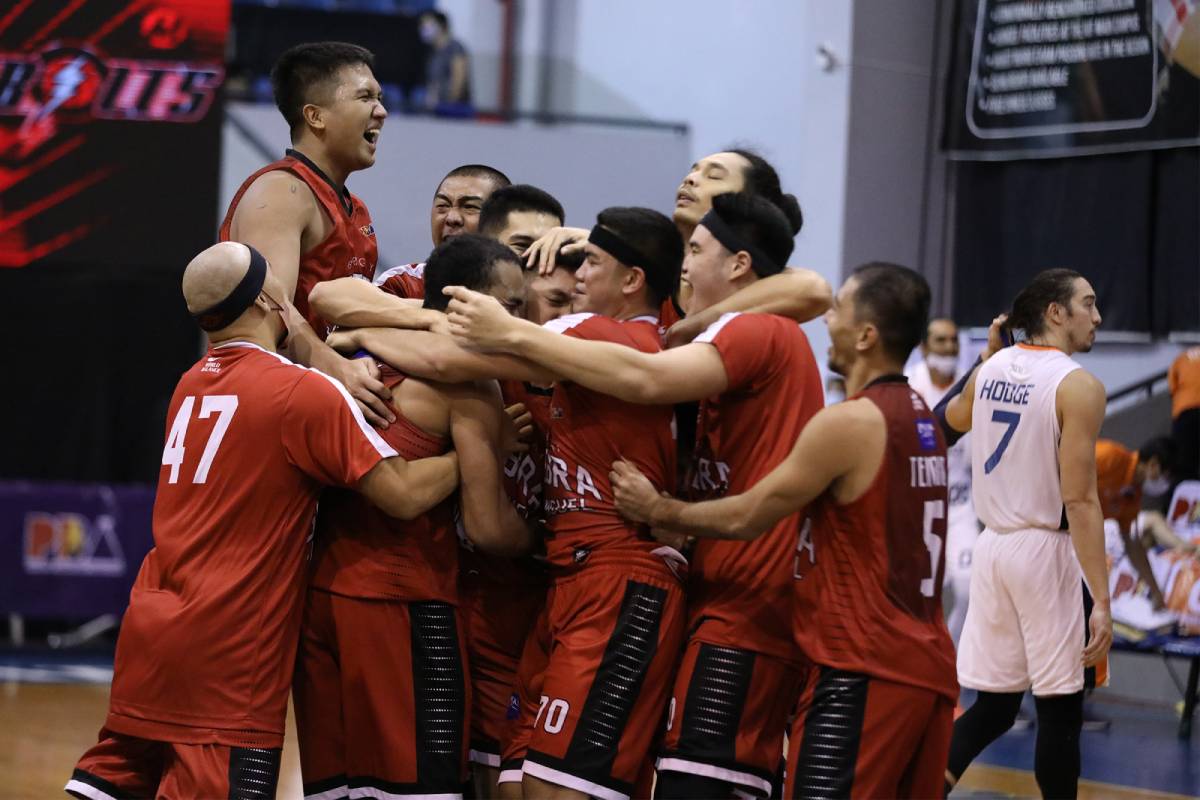 feeSMART CLARK GIGA CITY — Barangay Ginebra San Miguel owned yet another chapter of its storied rivalry with Meralco, Friday night, marking the fourth time in four years that it has asserted mastery of the Bolts.

And this latest episode ended the same way it did back in 2016.

Scottie Thompson had his own Justin Brownlee moment, nailing a corner triple with only half a second remaining to tow the Gin Kings to a thrilling 83-80 victory and on to the 2020 PBA Philippine Cup Finals.

That shot capped off yet another all-around performance for Thompson, who finished with 20 points on a 46-percent clip. He also had 12 rebounds, seven assists, and a steal in over 38 minutes of action.

Coach Tim Cone, meanwhile, simply feels proud to witness the 27-year-old come up with such a heroic act. He also lauded the unselfishness of his chargers that led to the game-winning bucket.

The two-time Grand Slam winner addmited that they originally intended to go to Stanley Pringle to break the 80-all deadlock with 14.5 ticks left. But Meralco’s defense caught up, making him pass the rock to Prince Caperal on the left.

Caperal looked to take the shot, but Cliff Hodge was quick to react. Then Caperal immediately located Thompson with enough space on the left corner, so he dished it out to him for the booming trey.

“Wow,” he expressed. “I mean, it was amazing for Scottie. Scottie deserves that shot. He deserves all the recognition, all the laurels. He deserves it because there’s nobody who works harder than him. I’m really happy for Scottie.

“Prince made a very unselfish play. The play was designed for Stanley, and Stanley gave it up to Prince, and Prince gave it up to Scottie, and Scottie hit the shot. I’d like to think that that’s where we’re all about, that unselfishness.”

For Thompson, the Finals-clinching triumph — which enabled the Barangay to return to the Philippine Cup finale after three years — has made all their hard work and sacrifice worth it.