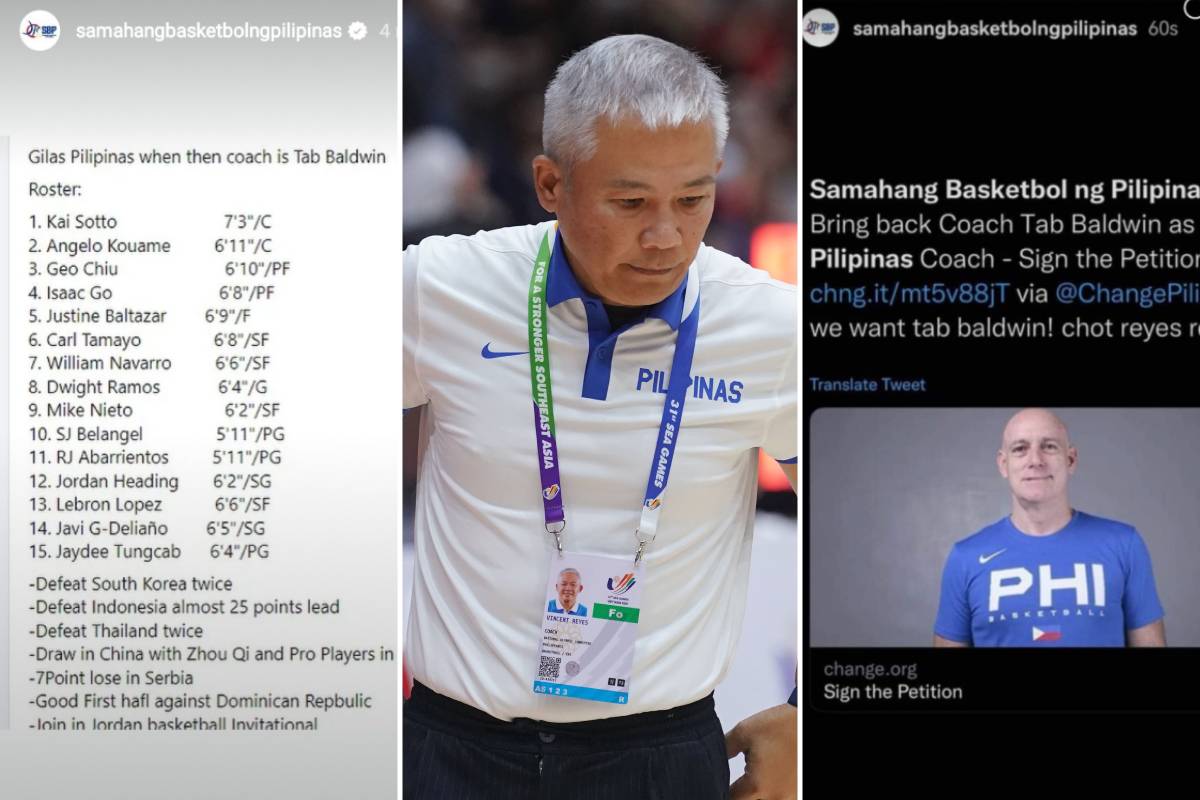 Just minutes after the game, the account was hijacked, posting numerous stories.

Some of the posts included a list of accomplishments of Tab Baldwin’s Gilas batch last year and a change.org petition asking to bring the American-Kiwi head coach back.

Though the posts were quickly taken down, some fans were able to take screenshots of it.

The incident is still under investigation.

Currently, all social media accounts of the federation are being handled by a third party agency.

Disappointed were netizens moments after Gilas absorbed an 85-81 loss to Indonesia in the virtual gold medal match in the Games.

It ended the Philippines’ 33-year reign in the event and has been dubbed the Horror in Hanoi.