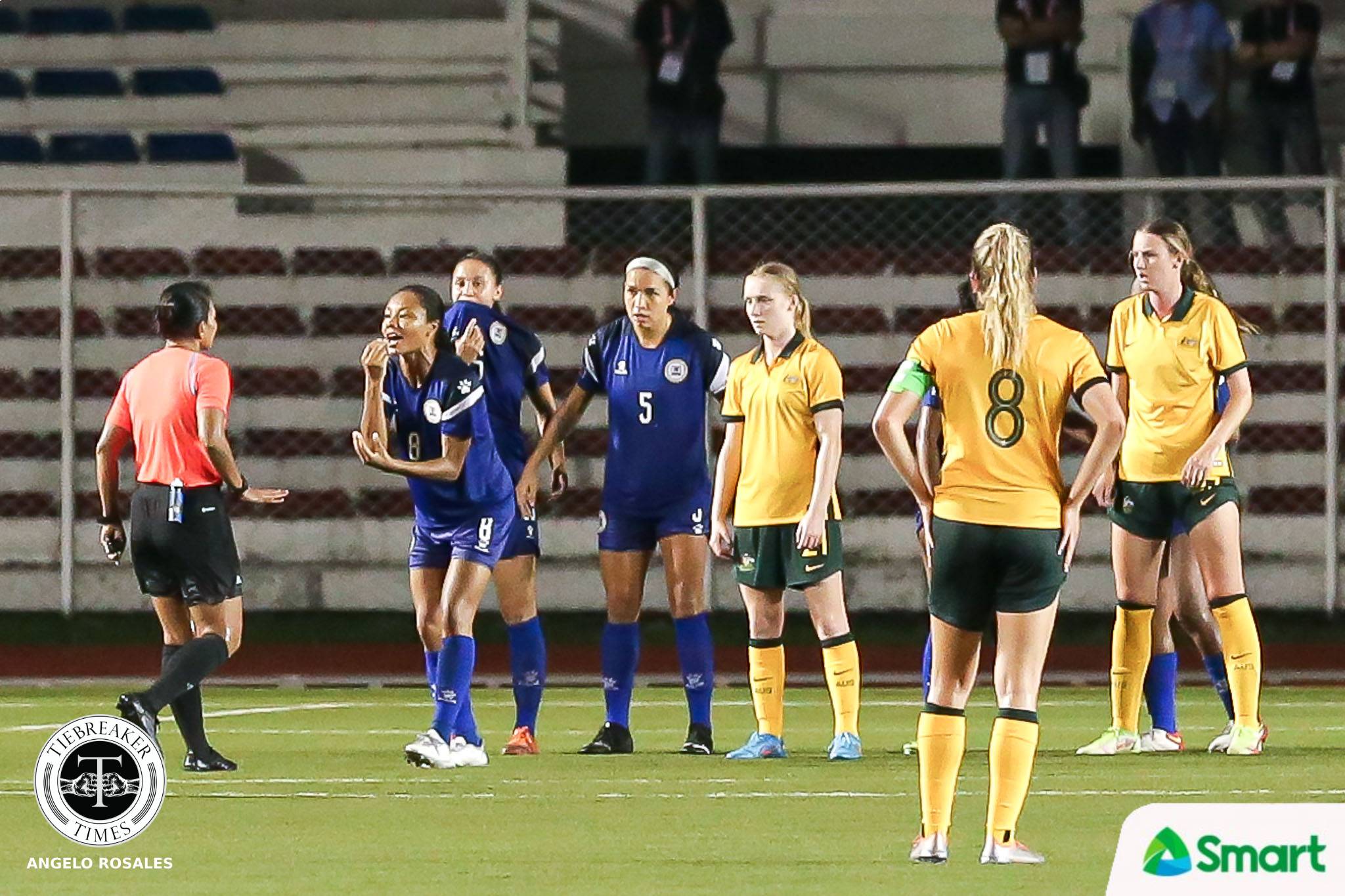 Sarina Bolden owned the night for the Philippine Women’s National Football Team, lifting the country to a 1-0 win over Australia U-23 to start the 2022 AFF Women’s Championship on Monday.

The Filipino-American forward out of Loyola Marymount found the back of the net in the 60th minute on a header off Eva Madarang’s throw-in for the lone goal of the match.

And to open the tournament with a win over the highly-respected Matildas, regardless if this is their U-23 squad, was a morale-booster for the Filipinas.

“It’s really special!” said the 26-year-old Bolden on their victory, especially doing so in front of their home crowd in Rizal Memorial Stadium.

Australia is a fixture when it comes to women’s football, always up there at the cream of the crop.

And having to beat them with 1,405 fans on the stands removed some bitterness in the mouths of the Filipinas.

That bitter taste came when they last played here on home turf, where the Philippines was dealt a heartbreaker in the battle for third by Myanmar, 1-2. 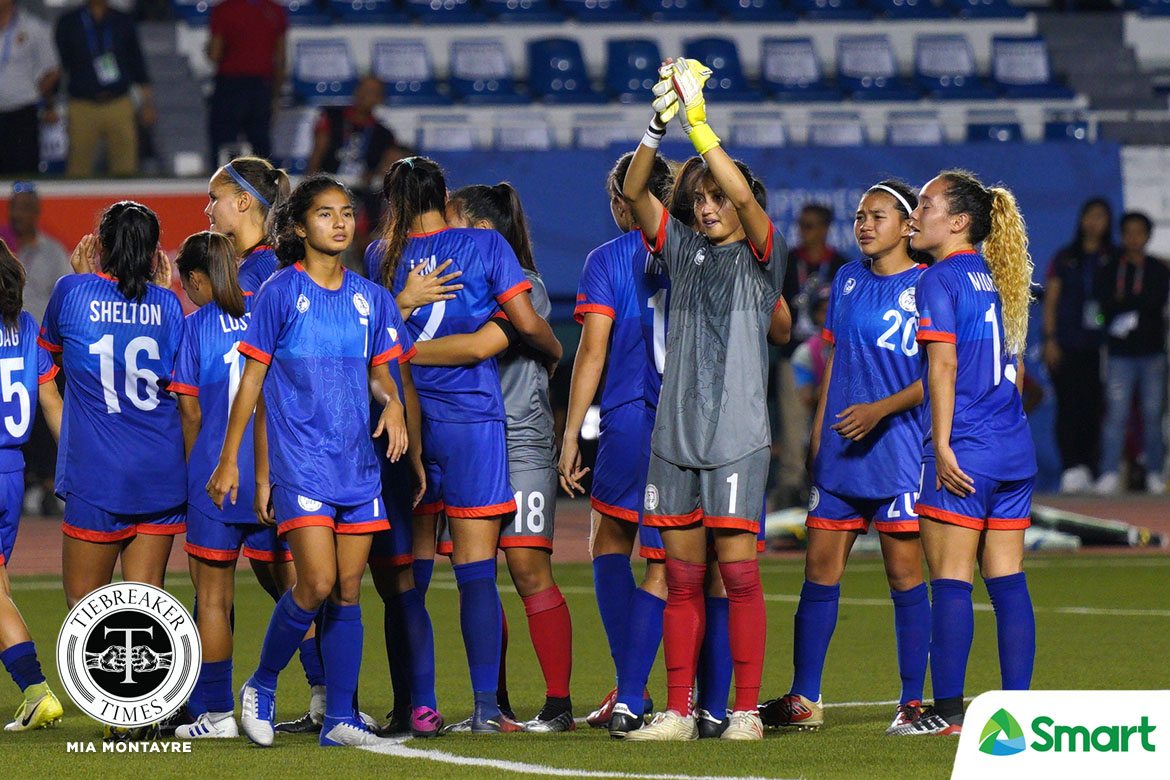 “Remembering how heartbreaking that feeling was but now, starting a tournament winning, it means so much,” said Bolden.

And she only hopes to continue this winning trend for the Filipinas.

After that 2019 downer, they bounced back in the 2021 SEA Games held in Vietnam just this May due to the COVID-19 pandemic.

The Philippines exacted vengeance on Myanmar in the bronze medal match, 2-1, for a podium finish.

Three months prior, the Filipinas earned a spot in the 2023 FIFA World Cup after defeating Chinese Taipei, 1-1 (4-3), in the quarterfinals of the 2022 AFC Women’s Asian Cup.

The top four teams automatically entered the World Cup to be held in Australia and New Zealand. 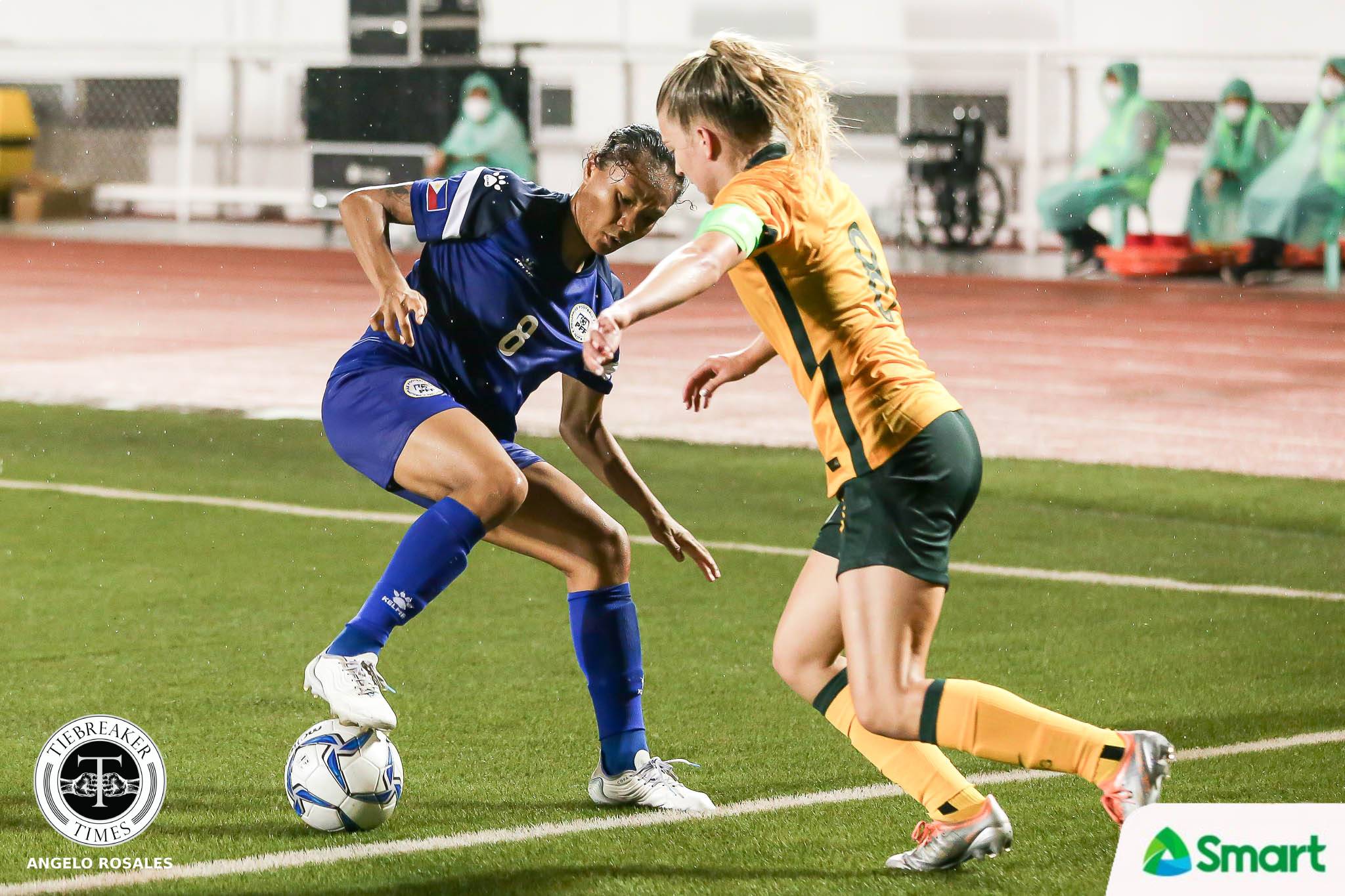 “The last time I was here was SEA Games 2019, lost third place, see how far we’ve come. Last SEA Games we got bronze.”

With all these tournaments already a preparation for the biggest stage of them all come next year, Bolden’s mind is already dead set on it.

While also reminding herself and the team that even though they beat Australia, they still have to make a ton of improvement.

“We just want to continue to get better because we have a World Cup coming up.”