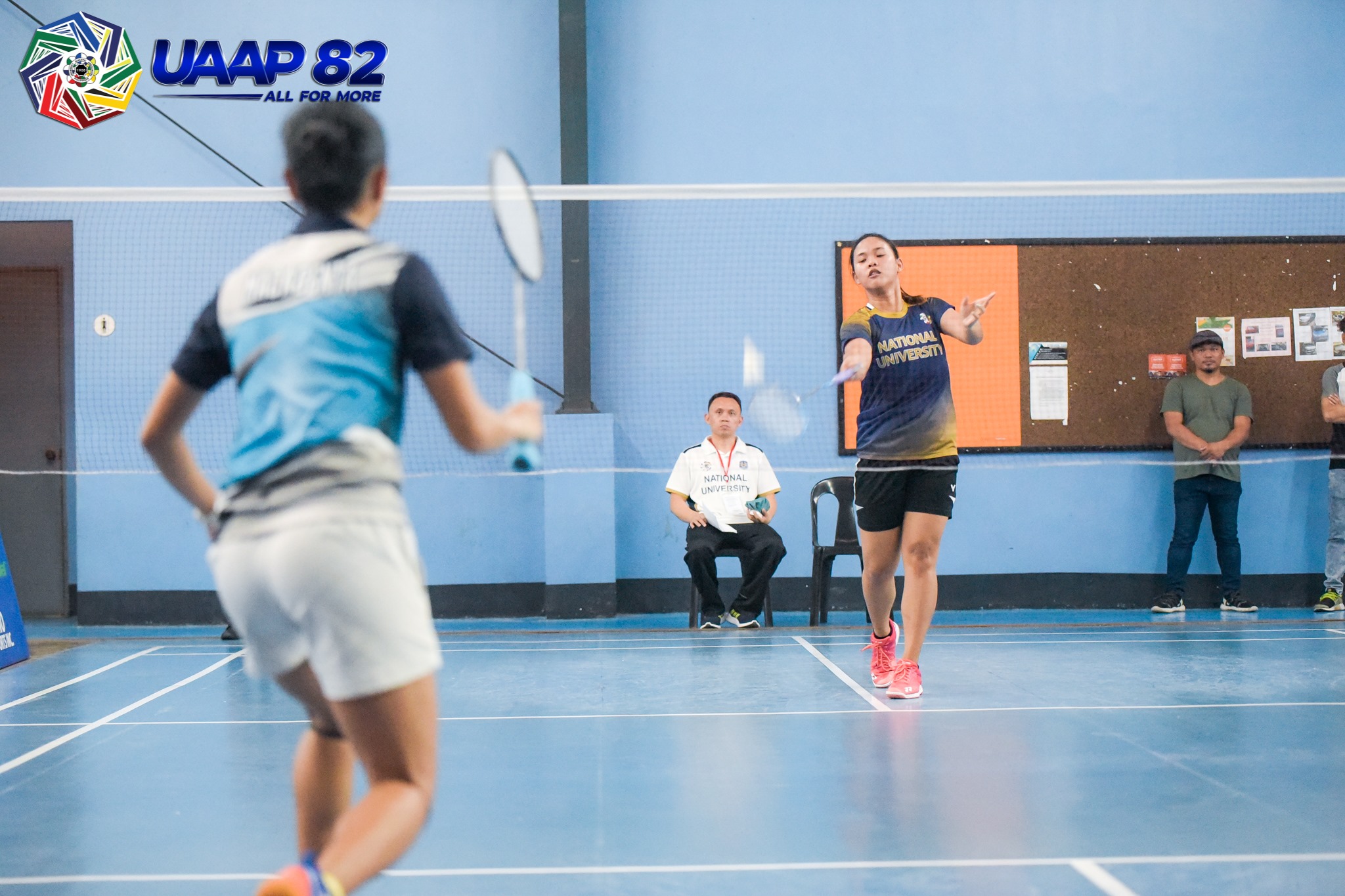 The top rookie from Season 81 opened the session with a 22-minute demolition of Jhay Anne Macabenta at 21-1, 21-5, before teaming up with Jiselle Capillo in the first doubles match to topple Ann Magallanes and Clydel Pada, 21-9, 21-13.

Capillo earlier put the Lady Bulldogs at a comfortable 2-0 advantage after taking down Pada also in just two games, 21-13, 21-19.

Jaja Andres and Aldreen Concepcion pounced on their opponents, before captain Pauline Santos and Tricia Opon waxed hot in the second set to clinch the tie.

Despite missing the services of UAAP Season 80 Most Valuable Player Nicole Albo, the Lady Shuttlers leaned on graduating captain Iyah Sevilla to deny the Lady Tiger Shuttlers the upset. The national team shuttler disposed of Elij Pena, 21-7, 21-10, in the first singles match. Then, with Kanna Baba, repeated over Pena, this time with Alexandra Aguilar, 21-14, 21-10, in the tie-clinching first doubles win.