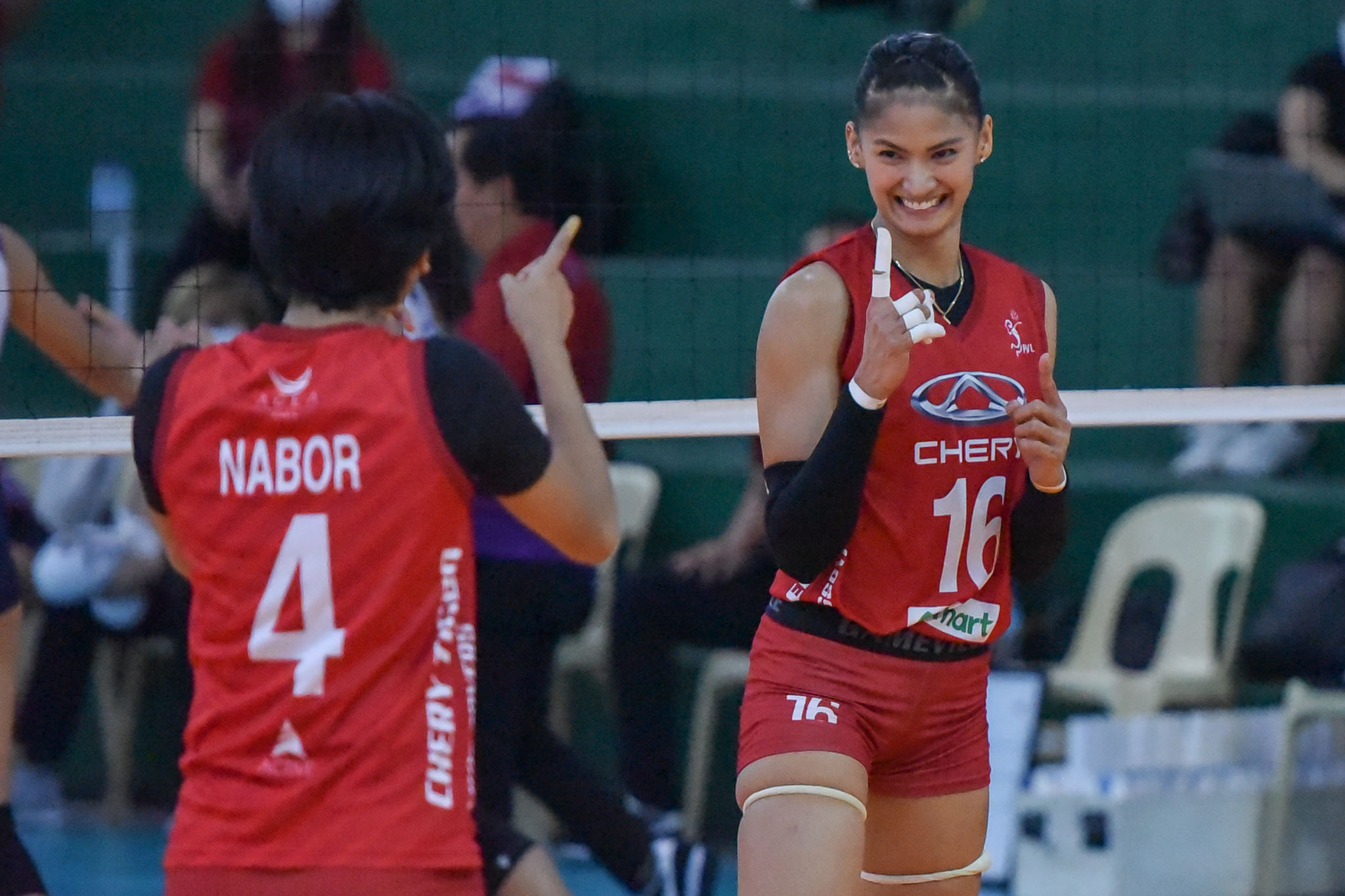 Chery Tiggo team captain Dindin Santiago-Manabat admitted that the team’s excitement got the better of them during their match against Perlas in the Philippine National Volleyball Federation Champions League on Saturday night.

The Crossovers struggled in their Champions League debut. They even trailed by as much as six points in the game-clinching fourth set. Then Perlas’ errors completed the job for them.

“Sa sobrang excitement, hindi agad nagawa ang trabaho namin,” bared Santiago-Manabat, who took over the captainship of the team from her sister. Jaja is currently playing for Saitama in the V.League.

And as the captain, the 28-year-old had to calm her team down.

Santiago-Manabat recently assumed leadership from sister Jaja Santiago as she continues her journey in the Japan V.League. And she said that the new role feels very challenging for her.

That’s why she could not thank her teammates and coaches enough for helping her ease into her new role.

Chery Tiggo will next go up against fellow PVL team Petro Gazz next tomorrow at 4:00 PM.

PBA 3×3 players rostered in teams taking part in the upcoming MPBL Invitational Tournament may not be able to see action in the latter....