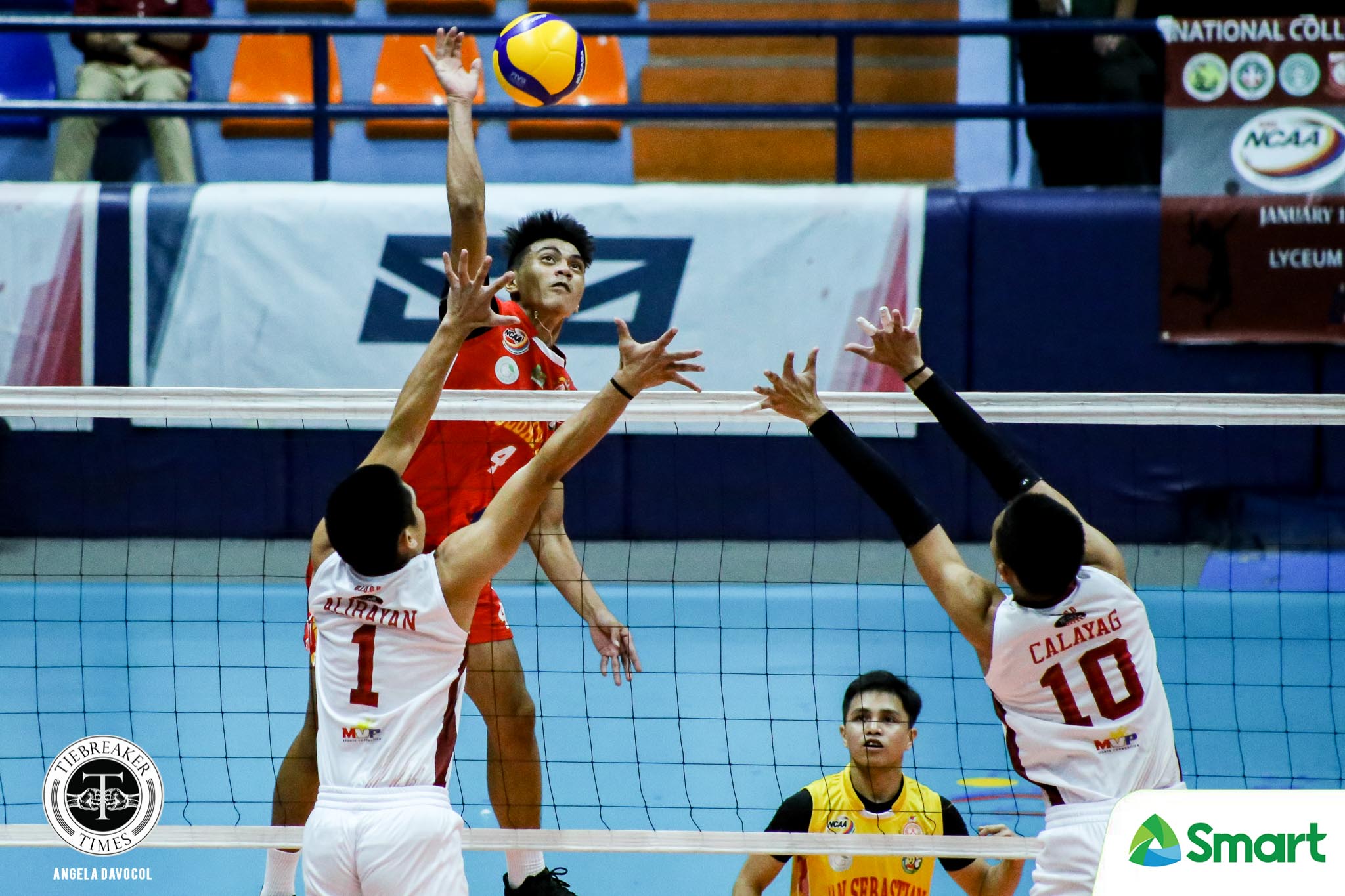 The Golden Stags dictated the tempo, commanding the driver’s seat in the first and second frames. But the Red Spikers found their groove and threatened to extend the match after sitting at a 24-23 set point in the decisive third stanza. John Mark Lim then hammered down a kill that forged a deuce.

Tied at 34, Honra had a chance to push the Golden Stags ahead, but he botched his attempt from the service line. Lana came to the rescue, though, delivering a spike that went off the block to set up another stalemate at 35.

Ramirez — who showed a lot of spunk through his after-kill antics — then pummeled a down-the-line hit. Not long after, Robbie Pamittan nailed the lethal blow to put an end to the marathon set, sealing the deal for San Sebastian.

Honra scintillated with 19 points built on 17 attacks and a block, leading all scorers in the match that lasted for an hour and 25 minutes. He also collected 15 excellent receptions for a double-double outing.

#ReadMore  Maraguinot looking to better focus with rough schedule ahead

Aldre Mori Ferrer orchestrated the offense for San Sebastian to the tune of 18 excellent sets, powering the team’s spiking, which edged San Beda, 58-38.

On the other hand, the Red Spikers fell to 1-1.

Ulibas and Lapurga were the lone scorers in double-digit territory for San Beda. The former had 15 points, on top of 10 digs and nine receptions; while the latter tallied 10 markers anchored on eight attacks and two blocks.

San Sebastian will try to build from this breakthrough win when it takes on Arellano on Saturday, January 25. Meanwhile, San Beda will look to get back on track when it collides with Letran on Friday, January 24. Meanwhile, Both matches will be held at the same venue.