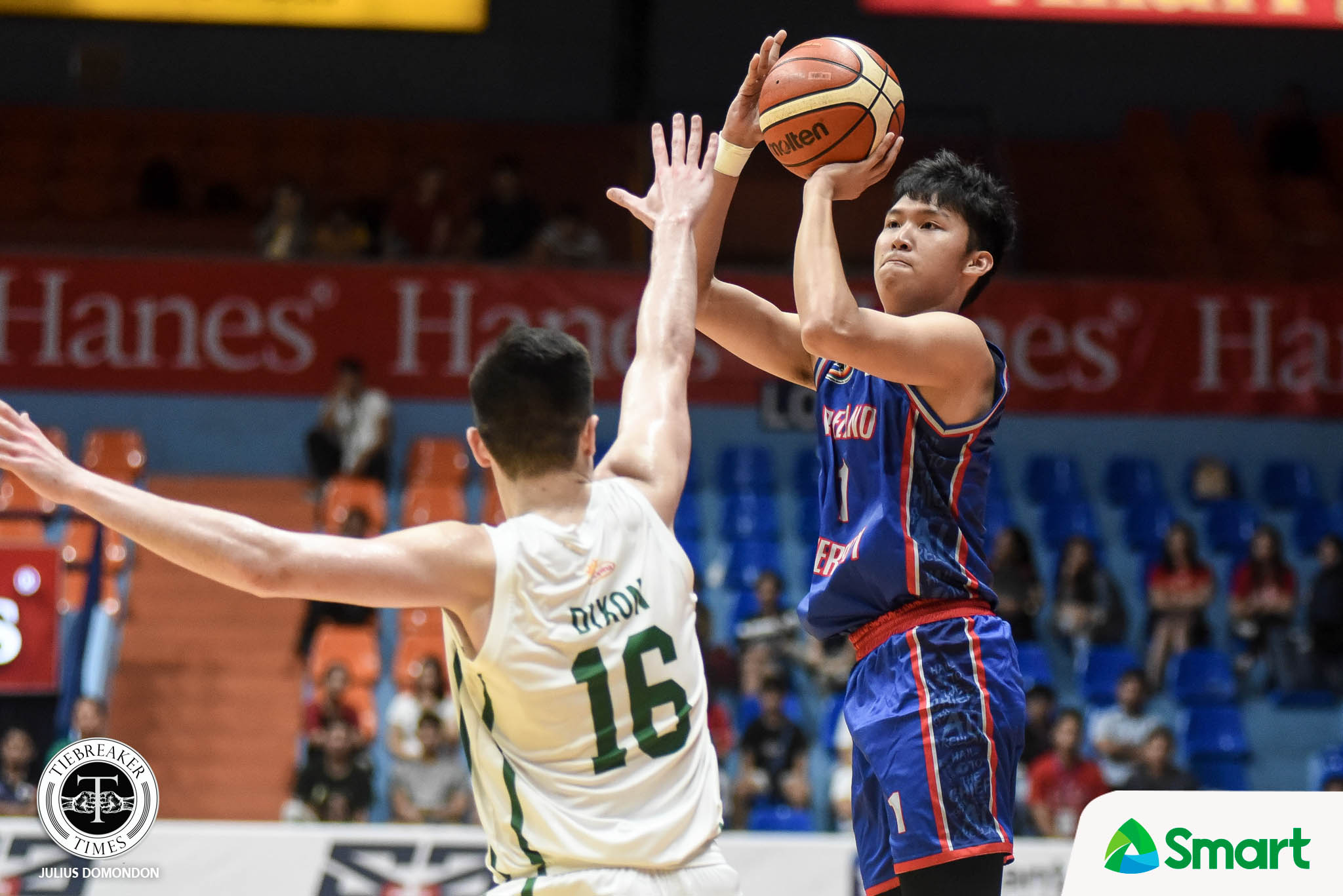 Having an almost-complete lineup, Arellano University was able to weather a huge endgame rally by College of Saint Benilde, taking a 75-69 stunner in the NCAA Season 95 Seniors Basketball Tournament, Friday.

This is just Arellano fourth win this season. But Arellano head coach Cholo Martin was just relieved to rack up their third win in the second round.

Behind the early heater of Gelo Sablan, Arellano led by 16 points, 63-47, early in the final frame.

Sablan, a former standout from Colegio de San Lorenzo, scored all 14 of his points in the first three quarters of the contest.

Benilde though mustered a huge 15-1 spurt to cut the lead down to three with 45.7 seconds left. However, Justin Gutang, who scored the basket that sliced the Chiefs’ lead down to 69-72, committed a costly turnover on the break seconds later that led to the game-sealing free throws by Kent Salado.

Salado had 18 points in the game while Justin Arana, who fouled out with a minute left in the game, added 13 points, 10 rebounds, and five blocks.

The loss will be a tough pill to swallow for TY Tang’s team as it was their fifth straight loss to drop to 6-7. The Blazers fell to a full game behind the Mapua Cardinals.

Justin Gutang scattered 15 points, eight rebounds, and seven assists for Benilde while Kendrix Belgica, who suffered a shoulder injury with 6:08 left, had 13 points.

#ReadMore  Jalalon receives high praise from Ayo: 'One of the best point guards'

Arellano will next face the Letran Knights on Thursday, October 3 at 2:00 pm while Benilde looks to snap out of its funk on Friday against the Perpetual Altas at 12:00 nn.