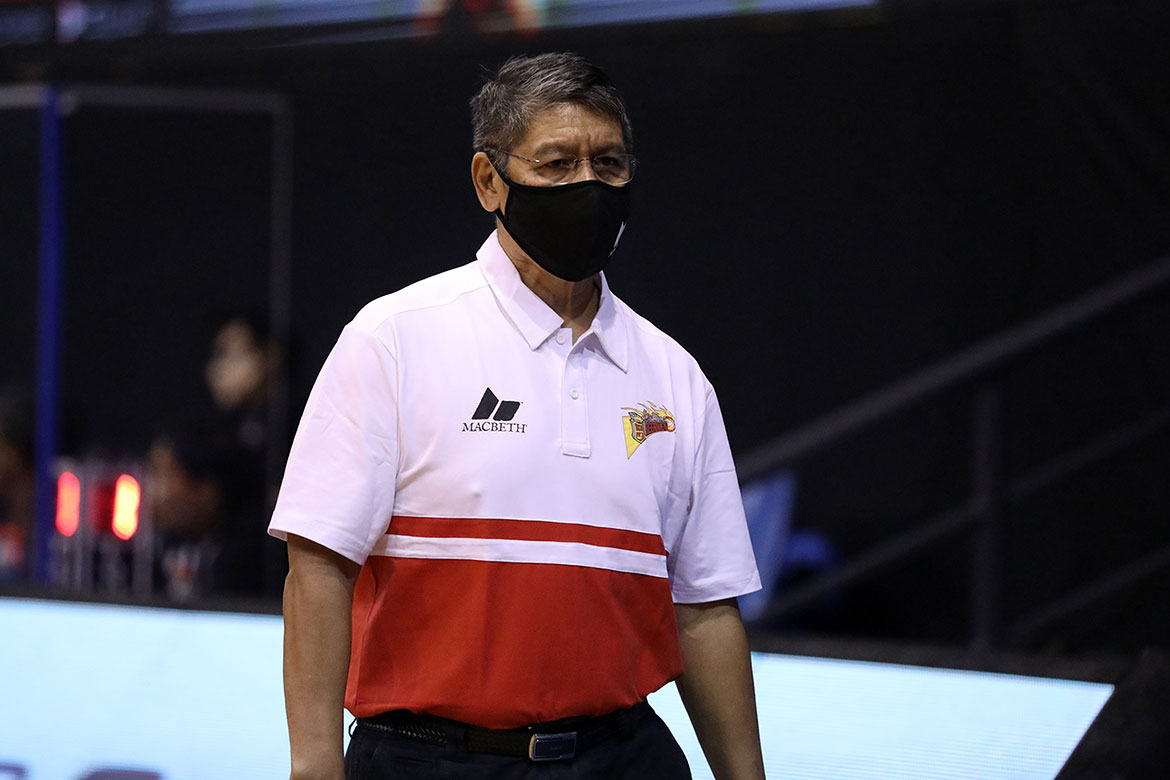 SMART Clark GIGA City — Coach Leo Austria could only heave a sigh of relief after San Miguel dodged a bullet from Blackwater Elite on Tuesday, as the 2020 PBA Philippine Cup resumed play at the SMART 5G-powered AUF Sports and Cultural Center.

“We were really worried because Blackwater’s been out for 12 days. They had a lot of energy. But I’m so thankful the players responded. They knew the importance of this game,” he said after the Beermen’s 90-88 overtime win.

The Elite gave the reigning, five-time champions a run for their money. They even came close to pulling the rug from underneath the Beermen after erecting a four-point lead early in the extra period.

But San Miguel’s experience came into play. Chris Ross took over to give his side the lead with 1:14 left, and they eventually collected their fourth consecutive win.

San Miguel improves to 5-2 while edging closer to the quarterfinals.

But Blackwater were not the only challenge for the Beermen.

The unusual schedule also made it difficult them, admitted Austria. The two teams played at 10 in the morning, serving as the curtain-raiser of the league’s first-ever quadruple-header.

The PBA came up with more compressed schedule to fit 30 games in nine days after a four-day break. The IATF had recommended halting play until a new set of health protocols for the bubble comes out.

“It’s really tough for us this morning. This is the first time an official game was played in the morning. But we had to do it because of the circumstances,” the four-time Coach of the Year said.

But it’s all in the mind, as they say, and Austria has been preaching that to his battle-tested Beermen while they all continue adjusting to the grueling schedule ahead of them.

“Since yesterday, we were able to start adjusting because this is a very unusual schedule for anybody, especially for our team, playing at 10 o’clock. I wanted them to have this mindset on the game because whatever kind of adjustment you want to have, especially in terms of sleeping habits, you cannot do it because developed na ‘yung body clock natin eh.”

“Some of the players, especially if there’s a game, usually they sleep at 11 to 12 because they know in the next 18 hours, they can sleep up to lunch. But now, they cannot because they have to wake up at 6 o’clock to prepare dahil some of the players have their own rituals, and that’s the problem,” the eight-time champion mentor said.

“But I told them, ‘Your mindset is really important’ because it will tell you to do this, do that. If you’re thinking it’s a hard schedule, most probably it will be hard,” Austria closed.