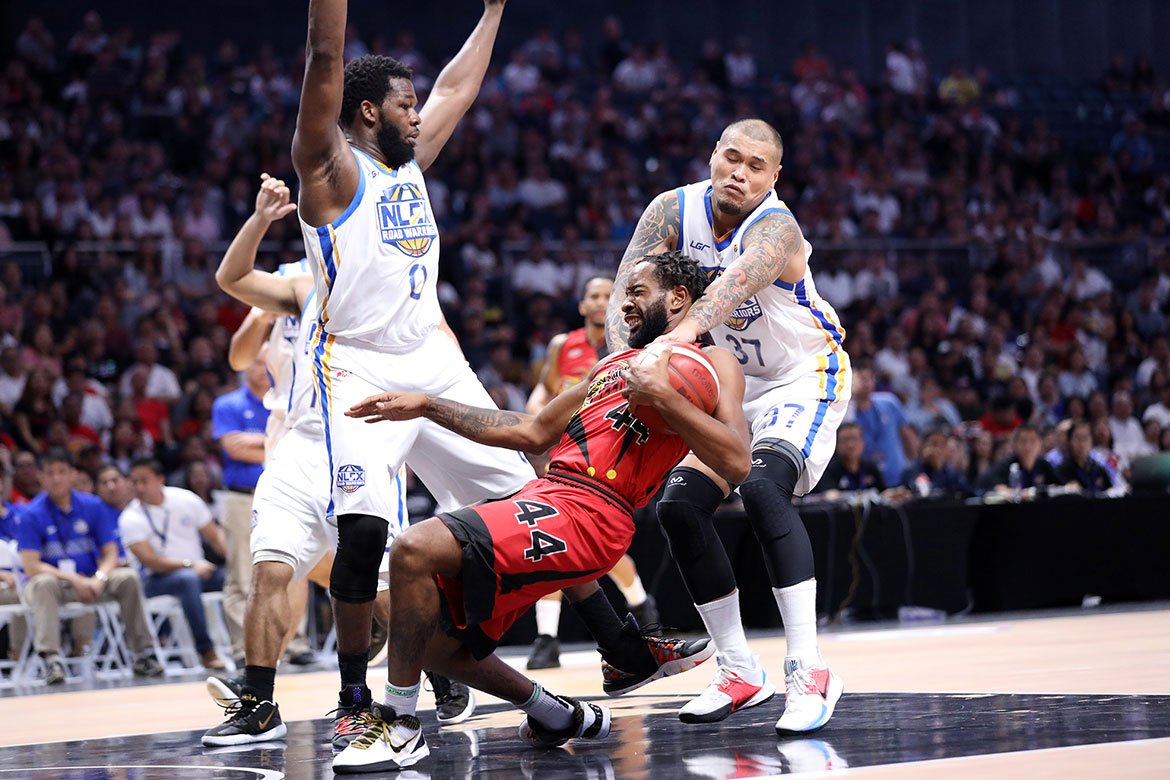 The American cager cleaned up Arwind Santos’ missed trey to give the Beermen a 95-94 lead with 23 seconds left to play. Chris Ross then made the last three freebies to settle the final count.

Wells made 32 points, 14 rebounds, four assists, two blocks, and a steal to lead SMB to their third win in as many games. They also gain a share of leadership with the TNT KaTropa in the standings.

The Beermen managed to buck the ejections of Terrence Romeo and Kelly Nabong. Romeo headbutted Philip Paniamogan in the fourth, while Nabong had two technicals in the first half.

Kiefer Ravena had 24 points, eight assists, and five rebounds to lead NLEX, who actually held a 94-91 lead following a Kenneth Ighalo triple with 1:15 remaining in the game.

Ighalo and Poy Erram each provided 12 points. Meanwhile, import Olu Ashaolu produced 11 points and 20 rebounds in the stinging defeat which had been the Road Warriors’ first in four games.

SMB will next face defending champions Magnolia Hotshots (2-1) on October 11, Friday, at the SM Mall of Asia Arena. On the other hand, NLEX will play crowd darlings Barangay Ginebra San Miguel (1-1) on Saturday night, still in Dubai.