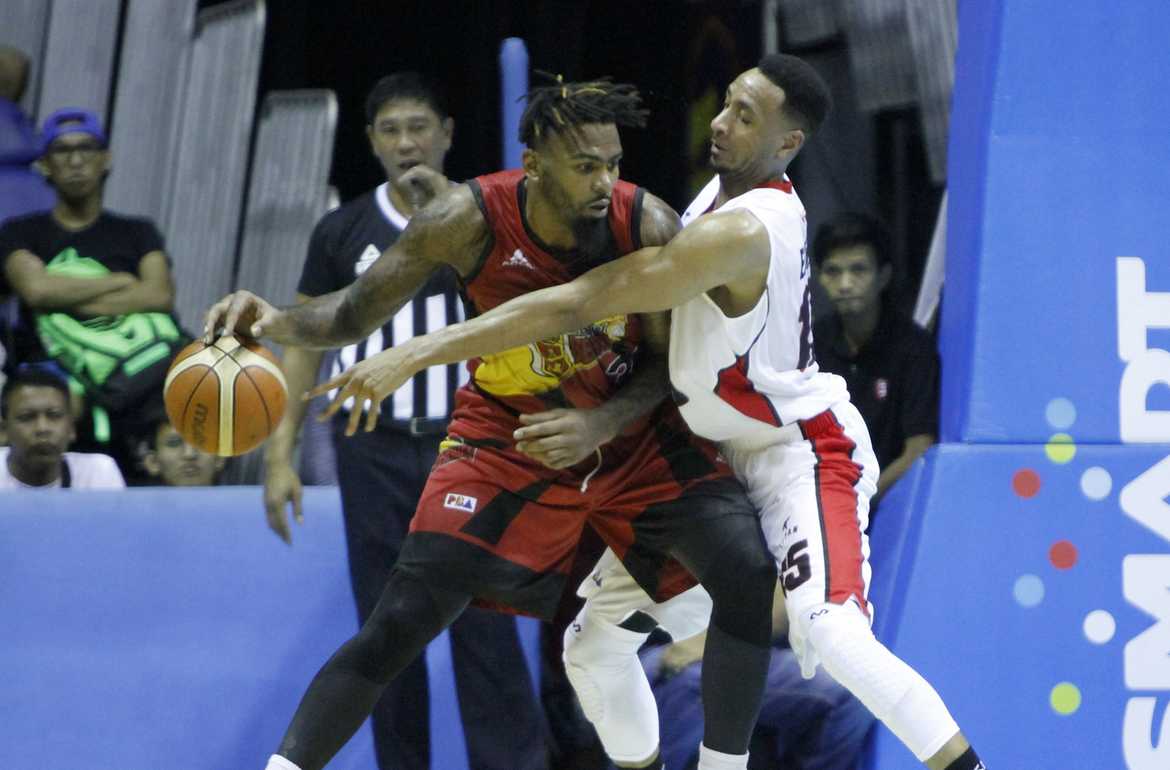 It wasn’t close at all.

Without June Mar Fajardo, the San Miguel Beermen made it rain from downtown in a 116-96 blow out of rivals Alaska Aces to close-out the Wednesday double-header at the Smart Araneta Coliseum.

After going down by just seven, 25-18, to enter the second frame, the Beermen immediately lambasted the porous perimeter defense of the Aces in the second frame. The lead grew to double-digits as the two teams entered the break.

The San Miguel lead went to as low as 14 in the early-goings of the fourth quarter but the Beermen went on a 26-10 run. The rally was capped with back-to-back three pointers by Alex Cabagnot to give San Miguel an imposing 111-84 lead with three minutes left. Alaska then waved the white flag afterwards as the Beermen soundly defeated their rivals, 116-96.

San Miguel drained 17 triples in the game and shot an outstanding 47% from deep. Both Arwind Santos and Cabagnot drained five threes each.

“We were not expecting that we will be playing like this,” San Miguel head coach Leo Austria said. Before the game, I’m a little bit worried because we have a lot of injuries, but I’m happy to see my players sacrificing a lot for the team.”

Import Tyler Wilkerson notched a double-double with 32 points and 14 boards. He was also able to knockdown four threes. “With that kind of shooting, mahirap kaming bantayan,” Austria added. Marcio Lassiter and Chris Ross had 14 points each while Gabby Espinas added ten points as well.

READ  Arwind Santos continues to give back to FEU

For the Aces, Shane Edwards, who lost his first career PBA game, was the team’s high point man with 15 points and 12 boards. Ping Exciminiano had 15 points while Vic Manuel added 12 markers.

June Mar Fajardo, Ryan Arana, Ronald Tubid and Brian Huruela all sat out against the Alaska

The San Miguel Beermen (1st, 4-2) will have more than a week off before getting back on the hardcourts on Easter Sunday against the Star Hotshots at the Smart-Araneta Coliseum. On the other hand, the Alaska Aces (2nd, 5-2) look to bounce back as they face the Mahindra Enforcers on Monday, March 21 in the same venue.

Demecillo carried out of Arena after UP win