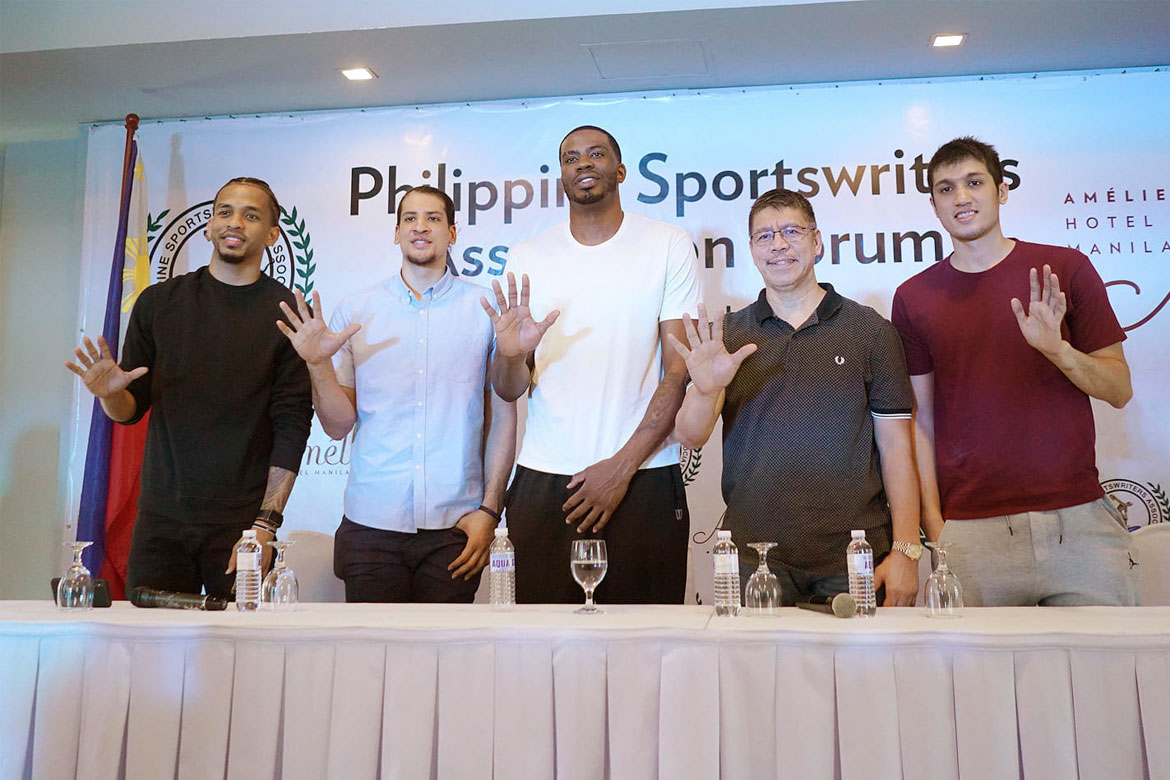 The San Miguel Beermen are dismissing talks of another PBA grand slam bid, and would rather concentrate on winning back-to-back championships this season in the wake of their successful title defense in the recently-concluded Philippine Cup finals.

Coach Leo Austria stressed during the weekly Philippine Sportswriters Association (PSA) Forum at the Amelie Hotel-Manila on Tuesday that focus of the team right now is to regain the Commissioner’s Cup crown. The Beermen lost the title to the Barangay Ginebra San Miguel last year rather than think about going for a three-conference sweep of the entire season.

The discussion of San Miguel winning a possible grand slam resurfaced after the team won the season-opening All-Filipino Cup title last week against the Magnolia Hothots in a seven-game series that went down to the wire.

“We’re not thinking about the grand slam. What we’re thinking about is (winning) the next conference. Just one game at a time,” said Austria in the forum, where stalwarts Chris Ross, Marcio Lassiter, and Von Pessumal, along with import Charles Rhodes, joined him.

“Everybody wants a grand slam, but we have to win another championship in the second conference.”

Much of the pressure of bagging a second straight championship rests on the board shoulders of Rhodes, the former Best Import who steered the franchise on top of the Commissioner’s Cup in 2017.

Although Rhodes knows it’s going to be a tough road for the Beermen, the import said he’s up to the task.

“This conference are much better imports, more skillful. It’s just another challenge for me,” said Rhodes in the session presented by San Miguel Corp., Braska Restaurant, and the Philippine Amusement and Gaming Corporation (PAGCOR).

“I feel like every game is going to be competitive,” he said. “I just want to help the team. I don’t want to think towards the finals. I know if we play hard and have a lot of love, we’ll be in the finals, and then we’ll go from there.”

“We know the consequences of thinking about the grand slam, and that means you’re pressuring yourself,” said Austria. “After winning seven championships, why would I pressure myself?”

San Miguel are currently celebrating the 30th year of their grand slam anniversary since winning all three conferences at stake in 1989. Back then, four-time MVP Ramon Fernandez, Samboy Lim, Hector Calma, former MVP Ricky Brown, current team assistant coach Ato Agustin were on the team, among others.

Rhodes’s return gives Austria the confidence that San Miguel will be in the running for a back-to-back championship.

“I think alam natin na maraming magagaling na imports na dumating ngayon. But with Charles, we know what happened in 2017. He won the Best Import award. And I’m confident Charles will perform well with our team,” said the San Miguel coach.

San Miguel will not play their first game in the second conference until June 5. For now, the players are having a well-deserved break after a grind-out championship in the Philippine Cup.

“We’ll try to get as much rest as we can,” said Ross. “I’m still trying to find out if I’m going to Boracay or Baguio.”