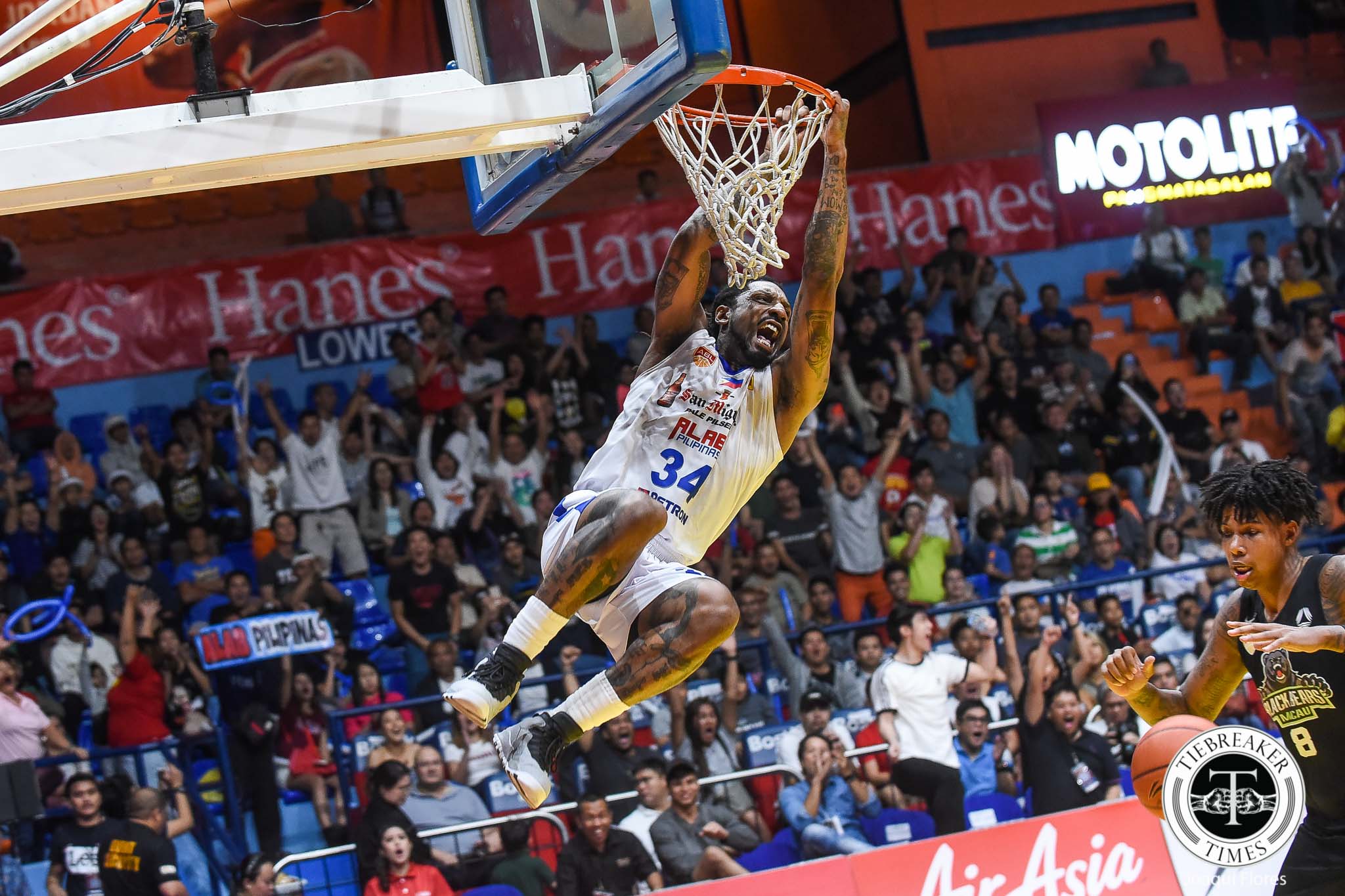 Coming off a close 72-73 loss to Formosa five days ago, Renaldo Balkman and San Miguel Alab Pilipinas vented their frustration on the visiting Macau Black Bears.

In a fourth quarter showcase, the defending champions were able to pick up a 106-99 victory over the newcomers, Friday evening at the Filoil Flying V Centre.

With the win, Alab remains in pole position with a 7-2 record. On the other hand, Macau dropped their third straight game to fall to 6-5.

Balkman, who is averaging 24.38 points, 13.0 rebounds, and 2.75 assists per game prior, dropped 37 points, nine rebounds, four steals, three assists, and a block to lead Alab.

But the Puerto Rican reinforcement suffered a jammed finger late in the third quarter and would only return with 4:48 left in the game.

His return proved to be timely, however, as Alab went on a 16-3 surge to turn a 90-88 lead into a 106-91 cushion with 1:51 left. The Philippine-side fired on all cylinders, with PJ Ramos, Bobby Ray Parks, Jr., and Ethan Alvano all providing buckets.

It also did not help Macau’s cause that Mikh McKinney was ejected from the game after being slapped with his second unsportsmanlike foul with 4:04 remaining. The Filipino-American finished with 18 points, seven assists, six rebounds, and three steals.

Besides Balkman, Ramos had 21 points and 14 rebounds, while Parks and Lawrence Domingo finished with 13 points each. The reigning Local MVP also dished out 10 dimes. Ethan Alvano also had 10 assists.

“I’m happy to see the effort and the focus from our guys right now,” Alapag added.

Ryan Watkins and Anthony Tucker paced Macau with 24 and 22 markers respectively while the former had 15 boards while the latter had 10 dimes. Nathan Yu was also on fire from downtown, knocking down six triples for 20 points.

Alab will next face Mono Vampire for the first time since the 2017-18 Finals on Sunday, January 20, at the Sta. Rosa Sports Complex in Laguna.