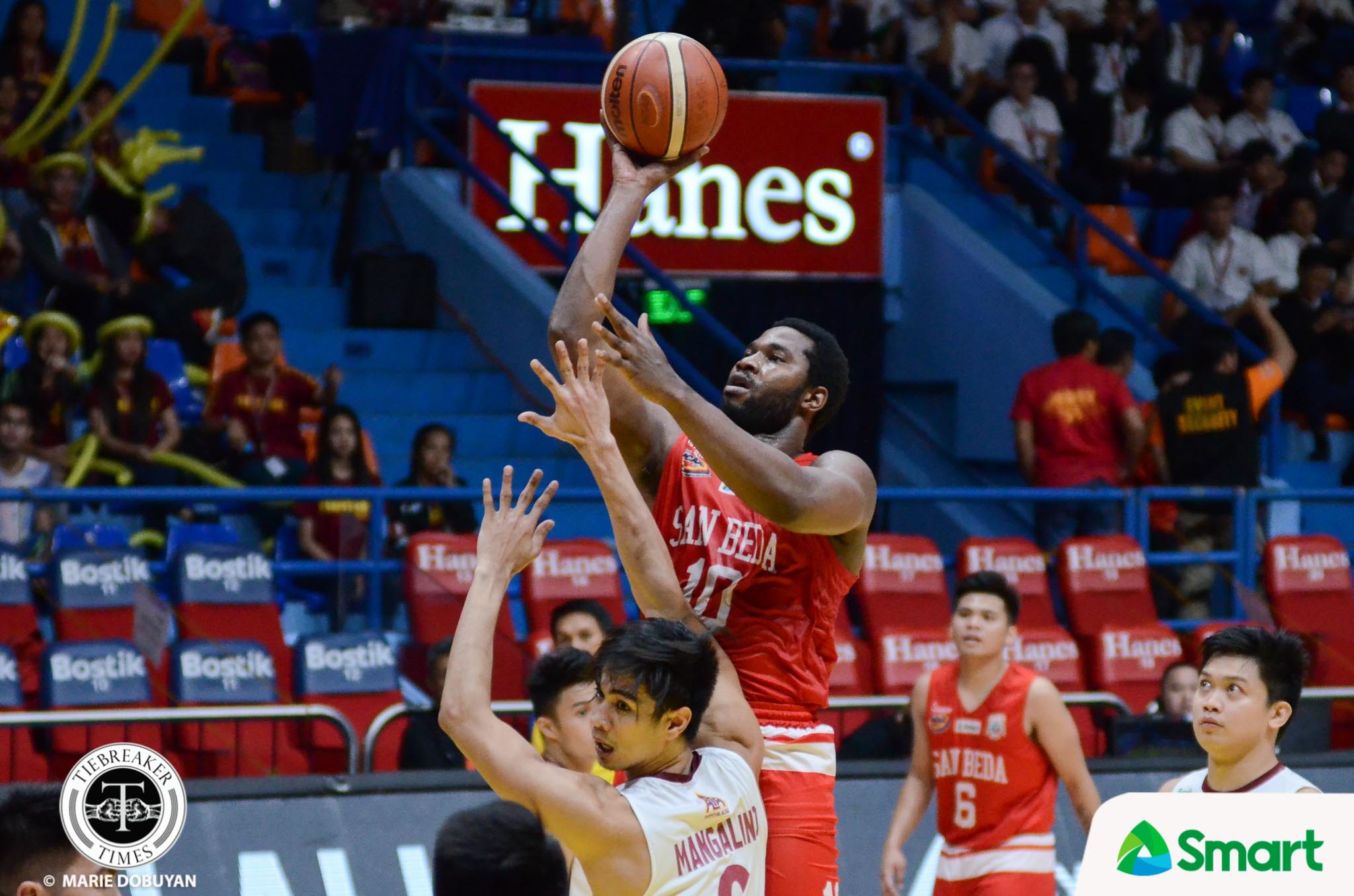 Donald Tankoua and the San Beda University Red Lions flexed their muscles and handed the University of Perpetual Help System DALTA Altas a 46-point thrashing, 102-56, to collect their sixth consecutive victory in the NCAA Season 95 at the Filoil Flying V Centre, Friday.

Donald Tankoua led the way with 15 points, six rebounds, and two steals to power the Red Lions to an immaculate 6-0 slate in the NCAA Season 95 Seniors Basketball Tournament.

“It’s all my boys. They really prepared well for this game. We wanted to really get this win, and AC made most of his threes in the third and the fourth. Sana tuluy-tuloy na ‘yon,” said San Beda head coach Boyet Fernandez.

San Beda pounced on a defenseless Perpetual and built a huge 25-point cushion midway in the third quarter.

With their counterparts already on edge, Ain Obenza did not take his foot off the gas. He fired two consecutive triple to commandeer an 11-point outburst to give the Red Lions a 39-point advantage, 78-39.

It was all San Beda from there, as AC Soberano took the cudgels. He then converted three consecutive treys in the final frame to help the Red Lions take their biggest lead of the game, 102-50, to put the Altas away for good.

San Beda flaunted their defensive wares all game long, gathering a total of 46 rebounds while holding the Altas to just 10 and 12 points in the second and third quarters, respectively.

“We will win ball games because of our defense, not our offense. Our offense will just come in once we make stops in defense,” added Fernandez.

Soberano finally broke out of his slump, tallying 15 markers in the fourth quarter alone, built on five triples. Clint Doliguez chipped in 12 markers.

On the other hand, Edgar Charcos and Ton Peralta led Perpetual with 13 points each while Ben Adamos chipped in 12 and five for the Altas, who dropped to a 2-5 standing.

San Beda will look to continue their streak against the Lyceum Pirates on Tuesday, August 20 at 4:00 P.M. Meanwhile, Perpetual will try and bounce back on Friday, August 23 at 2:00 p.m.

Who is Aziz ‘The Krauser’ Calim?