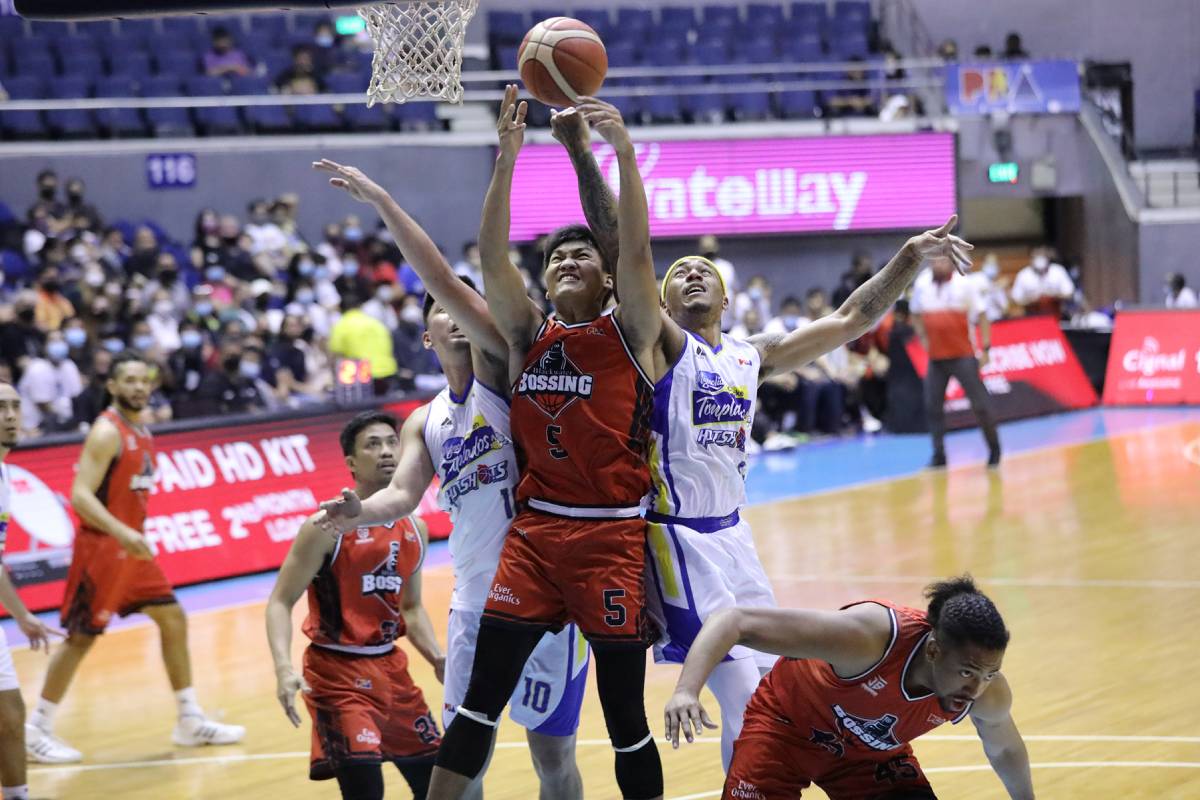 Blackwater will enter the 2022 PBA Philippine Cup quarterfinals on a five-game funk and to make things worse, it slid to eighth and will face a twice-to-beat San Miguel.

And came with the Bossing’s fall was rookie Ato Ular’s downward spiral as well.

Blackwater had a sensational start to the conference, zooming to a franchise-best 5-1 win-loss record before the collapse.

And during that beautiful span, Ular was having the best of days punctuated by a career game of 34 points and 10 rebounds against Phoenix, the Bossing’s last win.

But in the losing skid, Ular was also checked, seeing his scoring average down from 17.6 points in the first six games to 8.75 points in his last four.

“Pinupush ko pa rin yung sarili ko para makatulong sa loob ng court,” he added, raring to be back on his peak form just in time for the playoffs.

He also missed Blackwater’s game against Converge due to the league’s health and safety protocols, causing him to be off his timing against the Hotshots.

Luckily for Ular and the Bossing, they will have plenty of time to recalibrate as their quarterfinals battle with the no. 1 Beermen will be on Wednesday, July 27, 6 pm at the Big Dome.

On the contrary, the best-of-three quarters for the third to sixth seeds will begin Sunday.

Ular lamented that Blackwater’s ball movement has taken a toll during their skid, something they need to address.

He also said it was bad timing for big man Yousef Taha to go down with a left hand injury, who is one of their main facilitators in the paint.