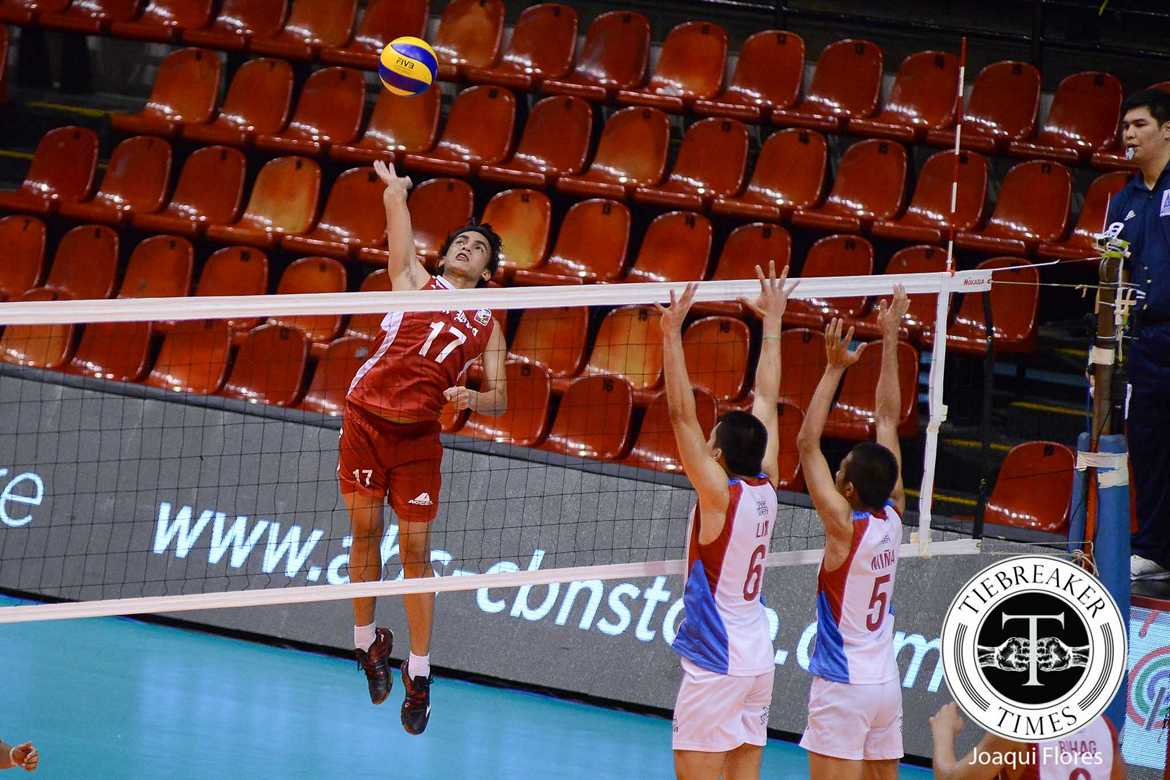 The San Beda College Red Spikers earned their first win of the Spikers’ Turf Collegiate Conference in dramatic fashion, whipping up a late comeback to upend the Emilio Aguinaldo College Generals, 18-25, 18-25, 26-24, 25-21, 15-12, at the PhilSports Arena.

Things began bleak for the Mendiola spikers, falling behind early in the first two sets and allowing the Generals to come within a set of victory. According to San Beda head coach Jose Roque, the Red Spikers needed to focus on floor defense and reception to keep themselves in the match.

EAC team captain Israel Encina topped all scorers with 27 points. Kerth Melliza managed 12 points for the Generals who are yet to win a match.

Player of the Week Pontejos, JRU to take it ‘one game at a time’