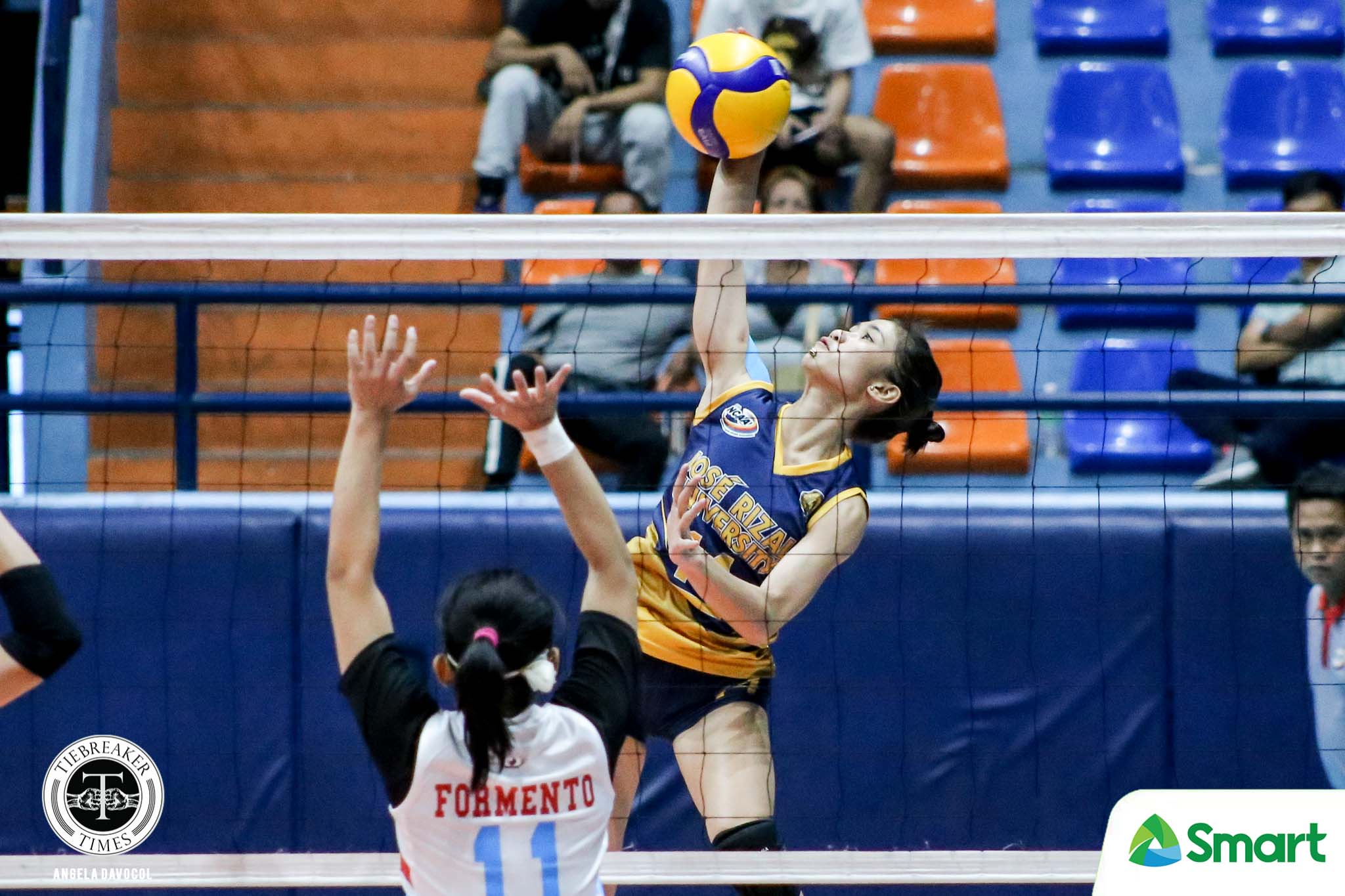 The win snapped the Lady Bombers’ four-game skid, lifting them to 2-4 — still with a fighting chance of a return trip to the Final Four.

NCAA Season 93 Second Best Outside Hitter ended with a double-double performance in both offense and defense, tallying 16 points and an efficient 12-out-of-14 digs.

JRU head coach Mia Tioseco relayed the urgency of getting back on track.

Setter Renesa Melgar also did a commendable job orchestrating the Bombers’ offense with 15 excellent sets, leading to a total of 35 spikes.

The Lady Generals limited the Lady Bombers to a season-low single block while denying four hits from the latter. Jamaica Villena ended with three of those blocks, the other one came from Hyacinth Castillo.

EAC captain Lauren Cabrera and Dhariane Gallardez both produced 10 points to lead their squad. The Lady Generals are still winless at 0-5.

JRU will try to add another win as they take on Mapua University on Monday, February 3. On the other hand, EAC will battle San Beda University on the first game of that day at 12 p.m.