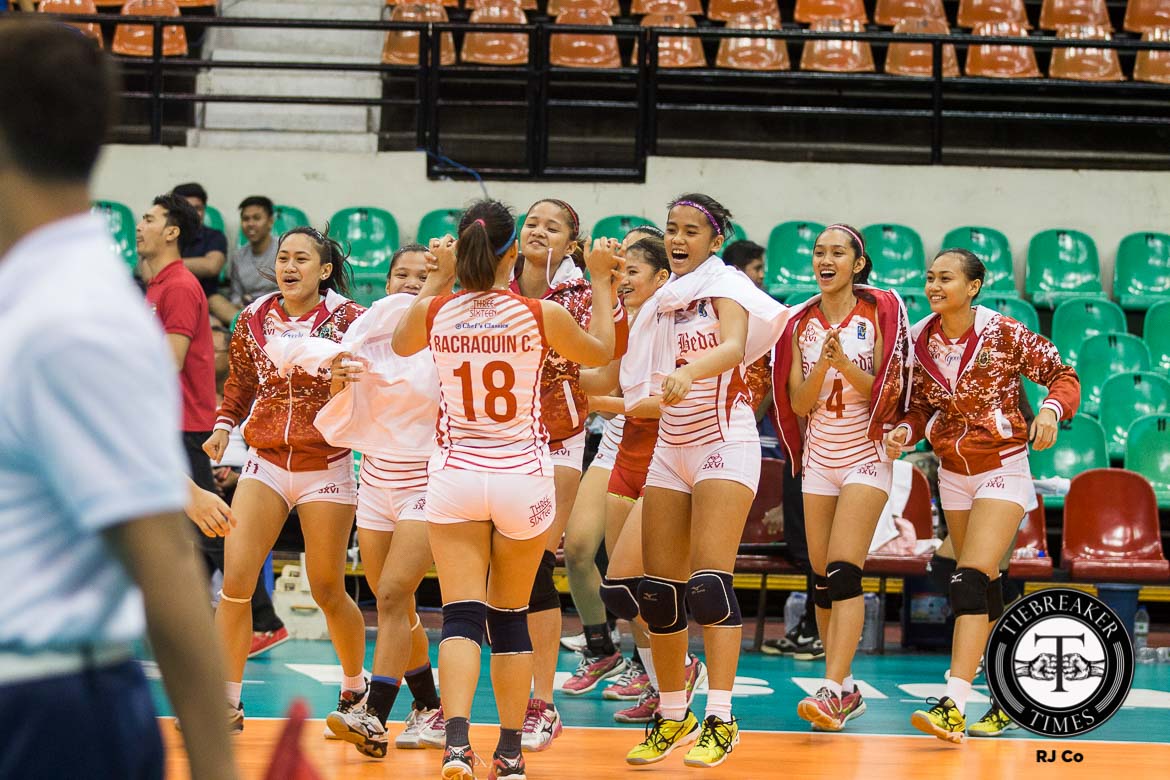 The Mendiola-based spikers stayed tough through all three sets, biding their time until the Lady Blazers made a series of cf crucial errors. The first set was tight until CSB surrendered errors and bad passes leading to a 21-15 San Beda lead. The second set was much closer with Benilde guest players Janine Navarro and Djanel Cheng pumping instant energy and helping their team out of a 16-14 hole into a 19-17 lead.

But the Lady Red Spikers quickly regained momentum thanks to guest player Janine Marciano’s serving which powered a 4-0 run that had Benilde go up 21-19. CSB managed a last gasp rally to tie at 21 but their own misreceptions and errors throttled San Beda to the second set win.

The third frame began with both teams trading share of the lead until CSB cobbled together a string of hits to net a 16-14 lead. Again, the wheels on the CSB bus gave way in the end. Unable to pass SBC’s serves, the Taft-based ladies succumed to an 8-3 Lady Red Spikers rally and limped to end their season.

READ  Valdez, Customs working to develop as a single unit

NCAA Finals MVP Jeanette Panaga tallied 10 points for CSB who finished their campaign without a win. SBC goes home with a solitary win.