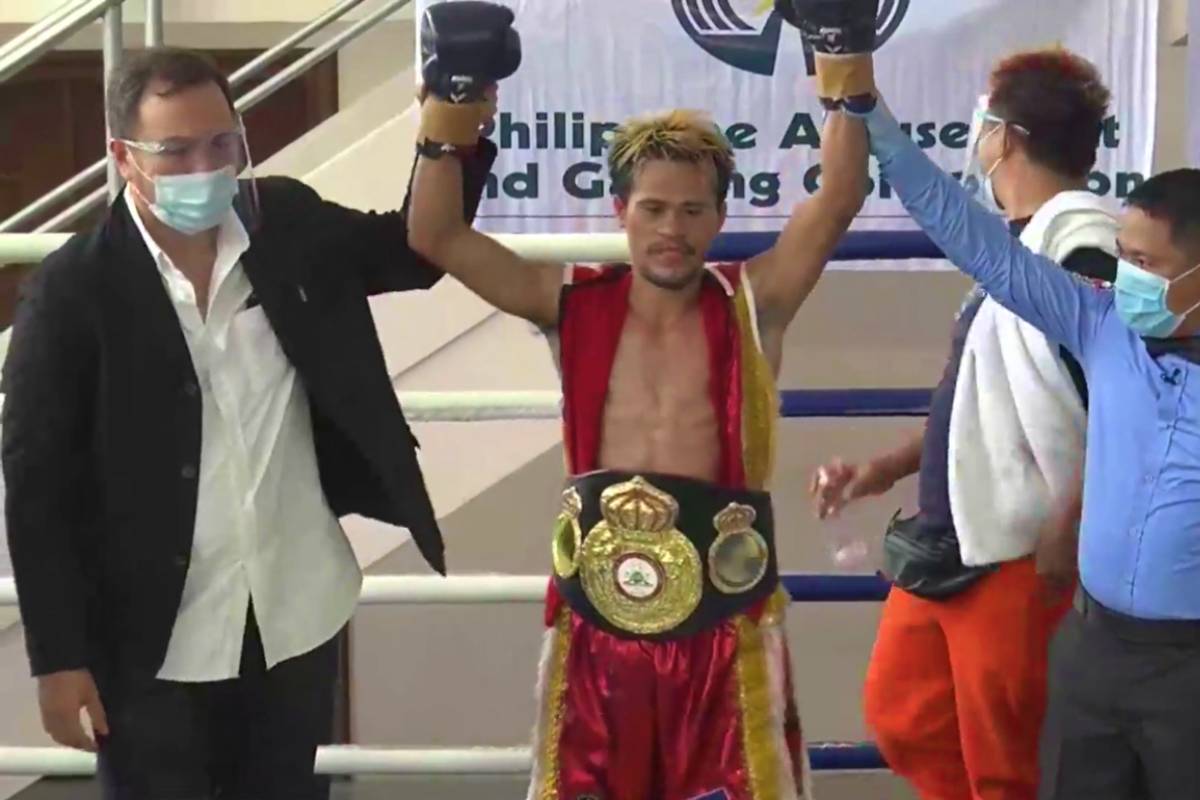 For the second time in his career, Vic Saludar is a world champion.

Confident of a win, the young Paradero was already rejoicing as the barker read the scorecard of Danrex Tapdasan. It read 116-112 for Saludar that floored Paradero.

Rusty were both pugilists to start off the bout as the two were inactive for a year due to the pandemic.

Saludar had the advantage in the earlier rounds but Paradero made a comeback late in the 12-round affair. The 24-year-old Paradero went for broke in the final round but it was not enough to sway the judges.

Saludar improved to 21-4 (11KOs) while Paradero suffered his first loss in 19 bouts.