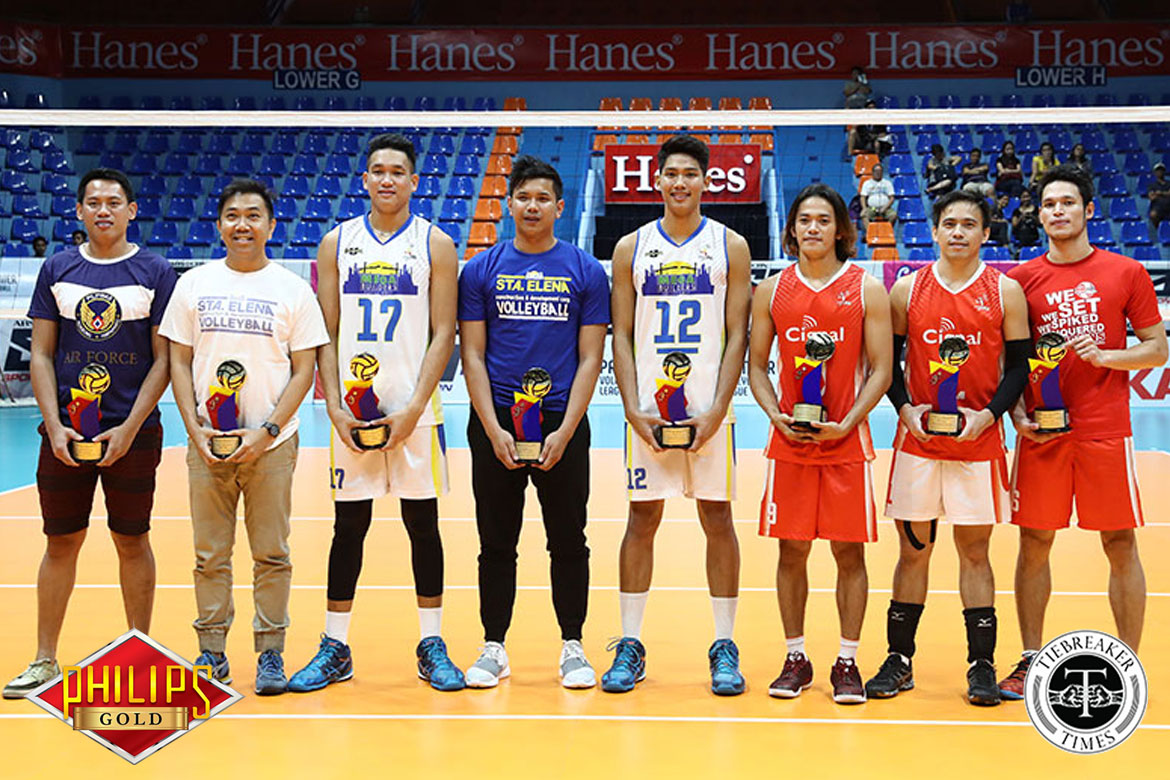 Though the Cignal HD Spikers’ quest for back-to-back crowns is still not over, former San Beda College Red Spiker Saku Capate has a reason to celebrate, as the Cignal ace was crowned as the 2017 PVL Men’s Open Conference Most Valuable Player, Saturday afternoon.

Capate, who won the Men’s Reinforced Conference Finals MVP, finished with 72 points to end the elimination round, helping Cignal finish with the second-seed entering the playoffs. Moreover, he was tops in the spiking category with a 47.40 percent attacking profficiency and sixth in the services, tallying 0.27 aces per set.

Mangulabnan was the run-away winner for the crown, dishing out 9.77 excellent tosses per set. Sta. Elena’s Nico Ramirez was second in the race with 8.96.

The Megabuilders’ tall frontline swept the awards for Middle Blockers as Kim Malabunga and Volley Bolts skipper Francis Saura bagged the first and second Best Middle Blocker awards. Malabunga was tops in the league in kill blocks with 22, averaging an excellent 0.88 blocks per set. Saura, on the other hand, normed 0.52 per set.

Edwin Tolentino was named as the first Best Outside Spiker, while Sta. Elena’s Isaah Arda was the second best OS.

Closing out the all-Men’s Open Conference team is Sta. Elena team captain Berlin Paglinawan as he was adjudged with the Best Opposite Spiker crown.