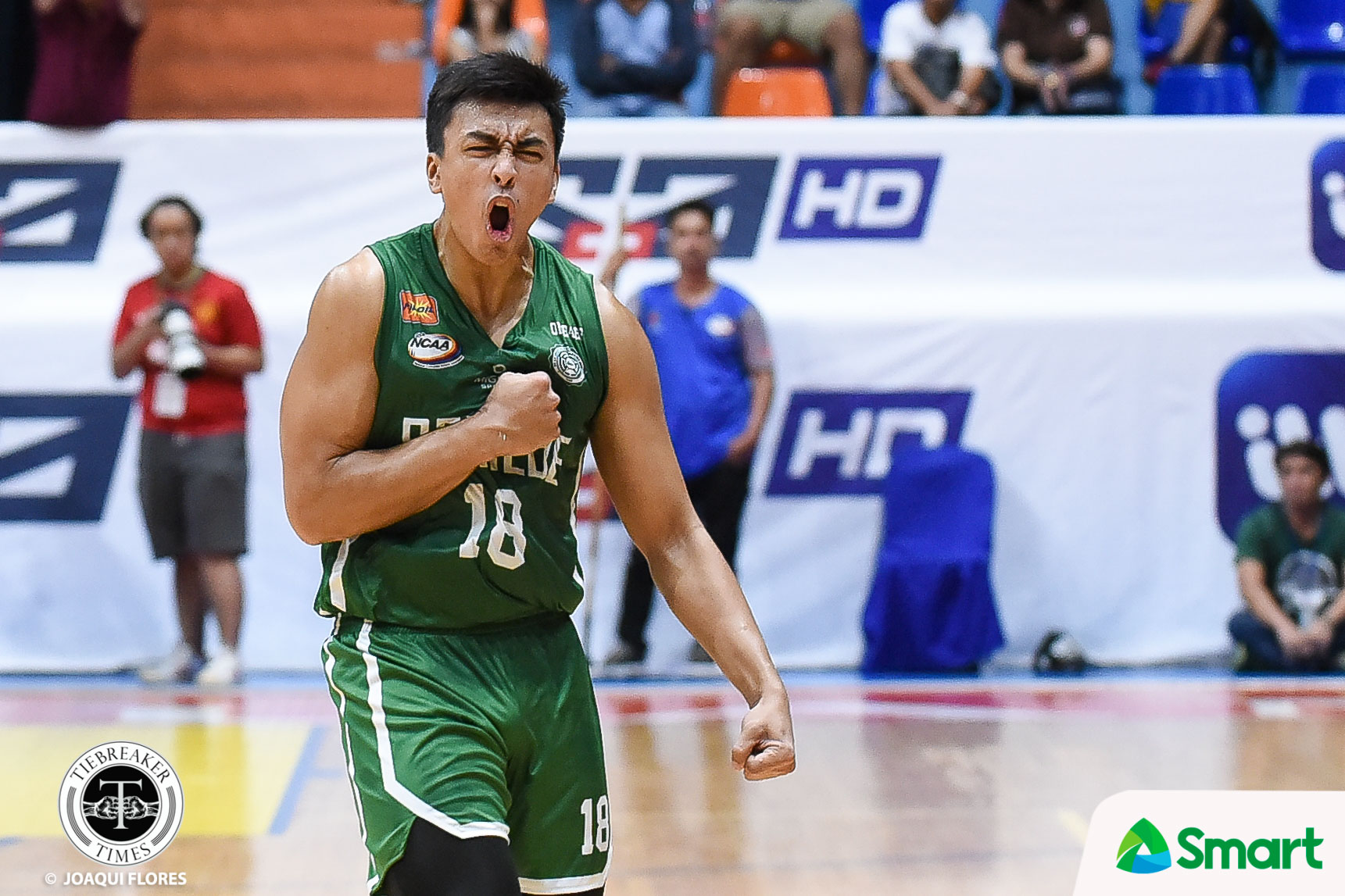 Ailing entering the NCAA Season 95 Seniors Basketball tournament, the College of Saint Benilde Blazers were able to avert a disaster to open their campaign.

The Blazers were able to hold off the upstart Emilio Aguinaldo College Generals, 69-66, Tuesday afternoon at the Filoil Flying V Centre in San Juan City.

“It’s good to be back. Our first official win. My first official win in three years in the first game of the season,” quipped third-year Benilde head coach TY Tang as his win over Perpetual two years ago was due to the Altas wearing the wrong uniform while their loss to San Sebastian last season was forfeited because of RK Ilagan being caught playing in an unsanctioned league.

Before their NCAA campaign even began, Benilde was already saddled with injury as Clement Leutcheu sustained a quad strain in the PBA D-League while Yankie Haruna broke his jaw in the same tournament earlier in Go for Gold’s conference.

Still, behind the duo of Jimboy Pasturan and Justin Gutang, the Blazers raced to a lead that went to as high as 17 points, 65-48, with 7:12 left in the game.

Pasturan had 19 points for Benilde while sophomore guard Gutang added 17 points and 12 rebounds.

“We played well in the first half, but its all about consistency and sustainability,” shared Tang.

JP Maguliano and Jethro Mendoza though caught fire in the final frame, hacking away Benilde’s lead.

A basket by Kriss Gurtiza with 2:17 left cut the lead to just two.

Pasturan split his freebies with 8.4 ticks remaining to give Benilde a three-point cushion.

Marwin Taiwan though split his charities as well but Pasturan did so himself once more with 2.4 left on the clock.

Off a timeout, Maguliano could not get a proper shot as time expired on them.

Maguliano, who tried to give Oliver Bunyi a triumphant debut, tallied 18 points and 14 boards while Mendoza added 16 markers.

Saint Benilde will have a full week off before taking on the Perpetual Altas on Tuesday, July 16 at 4:00 pm. EAC, on the other hand, needs to regroup fast as it faces the Lyceum Pirates on Friday July 12 at 4:00 pm.