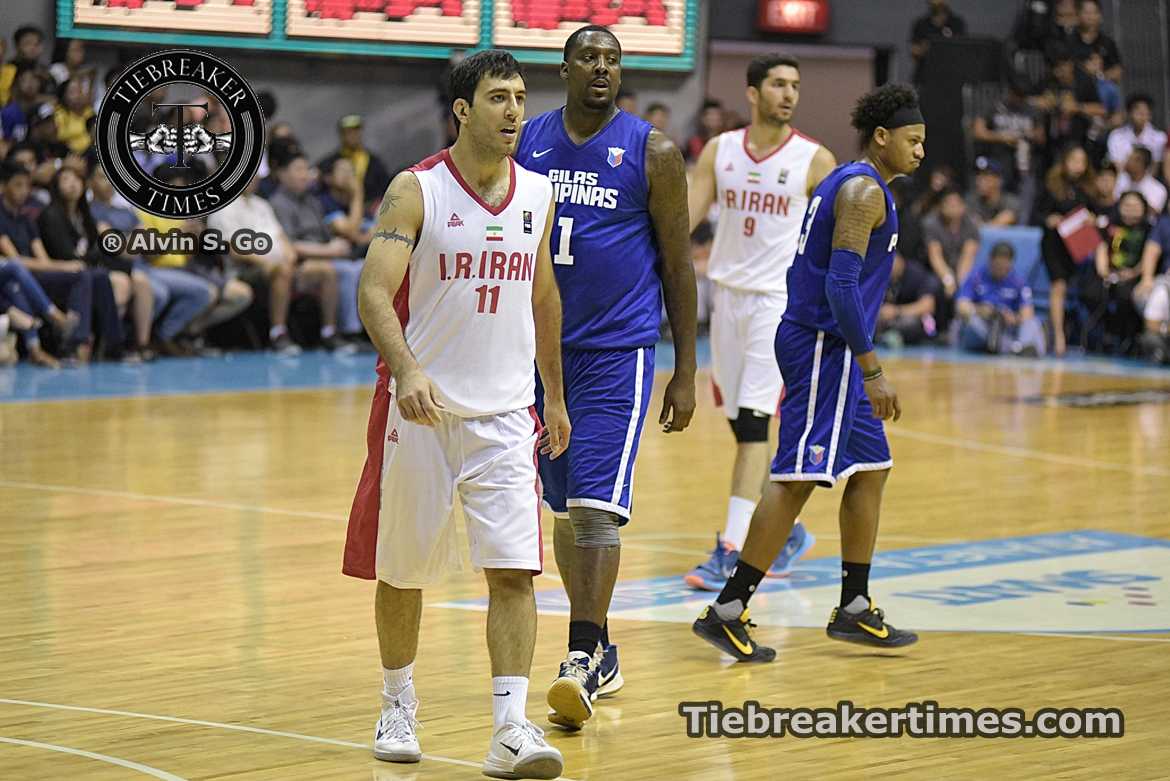 Sahakian, now one of the leaders of the youthful Iranian roster, scored 13 points and grabbed six rebounds in his squad’s 81-70 loss to Gilas Pilipinas last Wednesday night.

The all-star five member of the 2013 FIBA Asia Championship had high praise for Gilas, and credited the team for giving Iran a tough challenge.

“The Philippine team is a good team. They play very well. They know and understand basketball. And it is hard to match Andray Blatche. He helped them a lot,” Sahakian said.

Iran’s Jamshidi with a breakaway layup

“They have a big coach. They are a big team. Like our team, they are playing for the qualification in the Olympics. It was a hard game for us, 20 points down, we tried to come back, but we lost.”

Sahakian said the exhibition match last Wednesday also served as a good simulation since Iran expects the OQT to have the similar atmosphere.

“They have a lot of fans. It’s homecourt. They have motivation. They have great experience, they shoot a lot of threes, they make it, and that is why (it is hard),” Sahakian shared.

“We came here to prepare for our qualification in Italy. It was a good scrimmage because the Philippines is a good team. They have a good (arena), good fans. We will play in the same (atmosphere). We will play Greece, Greece has good fans.”

Iran is in Group A of the Turin OQT with Greece and Mexico. Italy is bracketed in Group B with Croatia and Tunisia.

Looking ahead, with the likes of Samad Nikkhah Bahrami and Mehdi Kamrani already out of the pool, the 30-year-old Sahakian said he is ready to fulfill the bigger role, and lead his team to success.

“Now, coach gives me the captain role for the Iranian team. I think if Hamad (Haddadi) comes back, he will be the captain but for now, I need to help my players and my team. Every time, I talk. Sometimes, I yell. And that’s what coach wants,” he said.