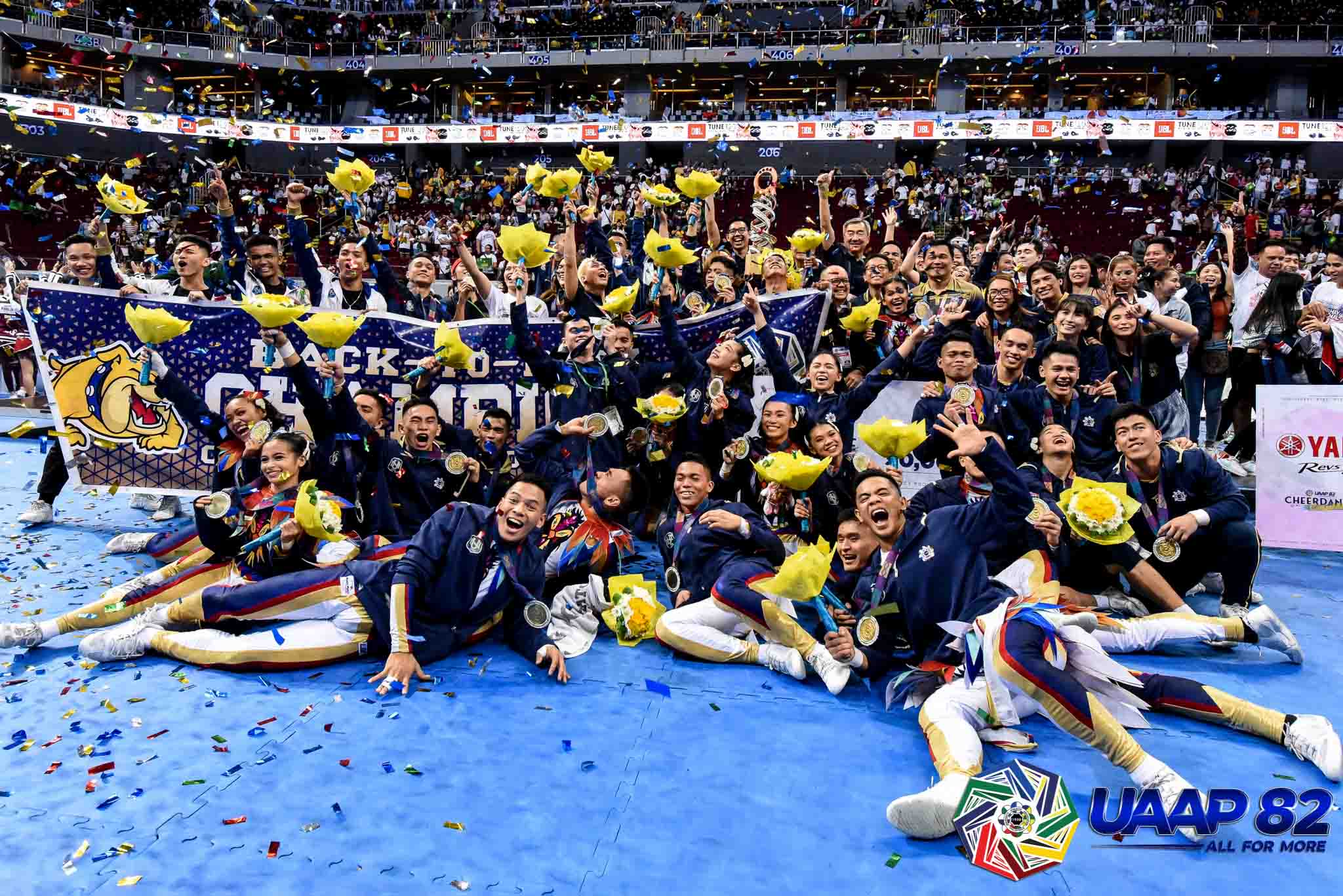 After its title conquest a year ago, the National University Pep Squad defended its throne and reigned supreme in the UAAP Season 82 Cheerdance Competition on Sunday at the SM Mall of Asia Arena.

Performing last among the participants, the Sampaloc-based cheerdancers mesmerized the crowd with their Pinoy-inspired routine. They garnered a total of 722 points to snare their sixth overall diadem in the last seven years.

On the other hand, the Far Eastern University Cheering Squad channeled its inner Michael Jackson with a thrilling performance to notch 706 points and clinch another first runner-up finish.

The Adamson University Pep Squad pulled off a Caribbean-inspired routine that amassed 658.5 points to complete the podium finishers.

University of Santo Tomas Salinggawi Dance Troupe fell short of barging into the top three once again, settling at fourth place with 650 points.

The team rankings are the same as last year’s.

The NU also annexed its dominance over the Group Stunts category of the one-day event. The Bulldogs struck gold in the said competition, besting FEU and Adamson, respectively.