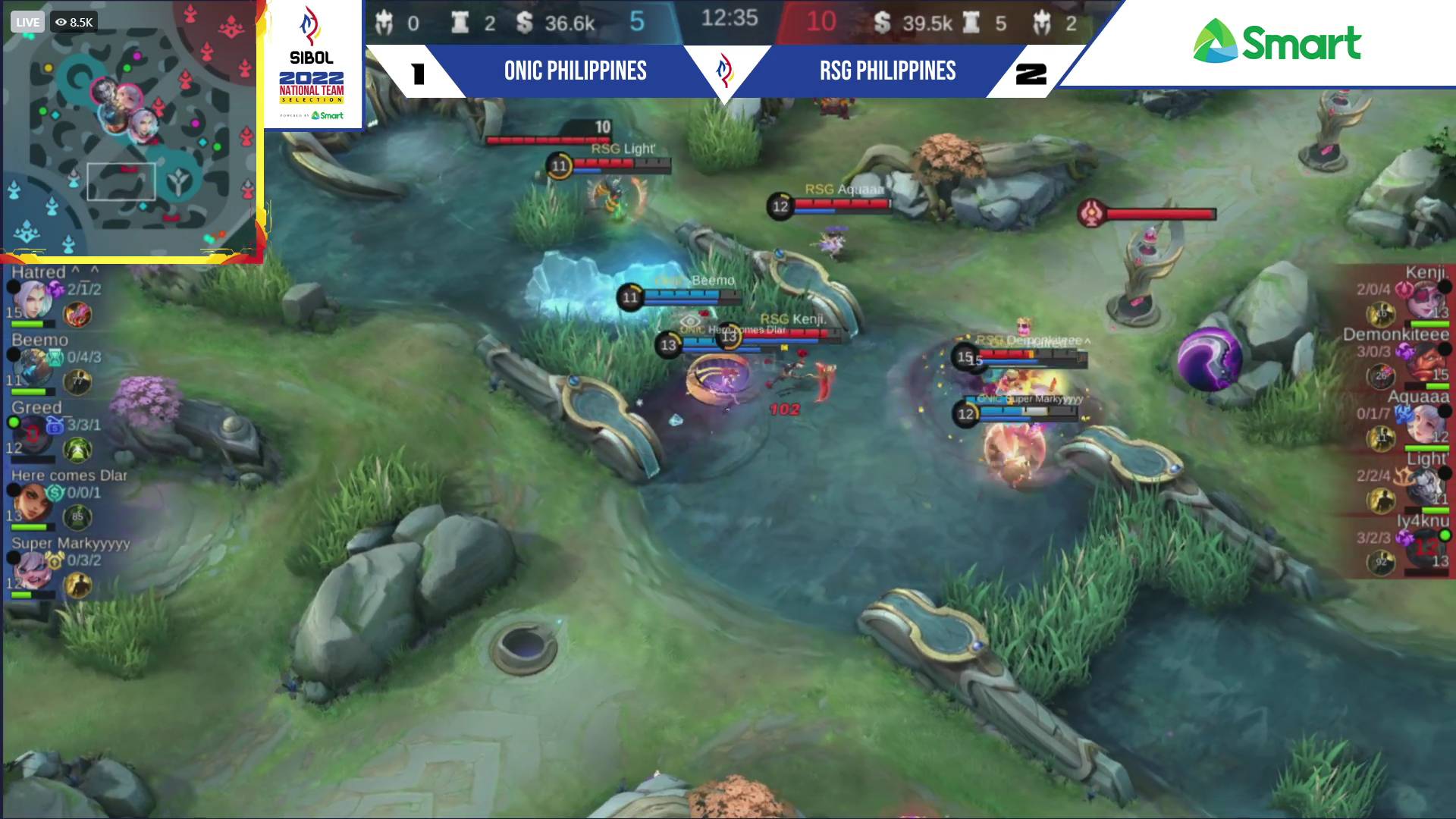 ONIC PH took the early lead in Game One but Christian “Iy4knu” Manaog (Karrie) and Jonard “Demonkite” Caranto (Fanny) managed to hold the game for RSG PH which resulted in a long tug of war for the Luminous Lord.

Gerald “Dlarskie” Trinchera’s Esmeralda, who kept ONIC PH alive despite RSG PH’s hijack attempt, finished with five kills and five assists without a death in the tight 15-16 win in 22 minutes and 27 seconds.

RSG PH came back with a more refined performance in Game Two, holding down Jaylord “Hatred” Gonzalez’s Hayabusa and Allen “Baloyskie” Baloy’s Lylia which led to an 11-2 domination in 14 minutes and four seconds.

Aqua (Kagura), who spearheaded the aggressiveness right from the get-go, finished with four kills and five assists without a death.

Riding the crest of its Game Two momentum, RSG PH delivered another stunning performance in Game Three. They whipped ONIC PH, 12-1, in just 12 minutes and four seconds of action.

Aqua once again showed up with a game-high seven assists along with a kill on Lylia. Demonkite added four kills and four assists against just one death playing Hayabusa while Kenneth “Kenji” Villa had three kills and two assists on Esmeralda.

RSG PH then went for the kill in Game Four with Demonkite’s impressive Bane performance highlighting the win. He finished with six kills and six assists in the 16-6 win in 13 minutes and 37 seconds.

The team has set up a date with Blacklist International in the upper bracket semis while also relegating ONIC PH to the lower bracket.