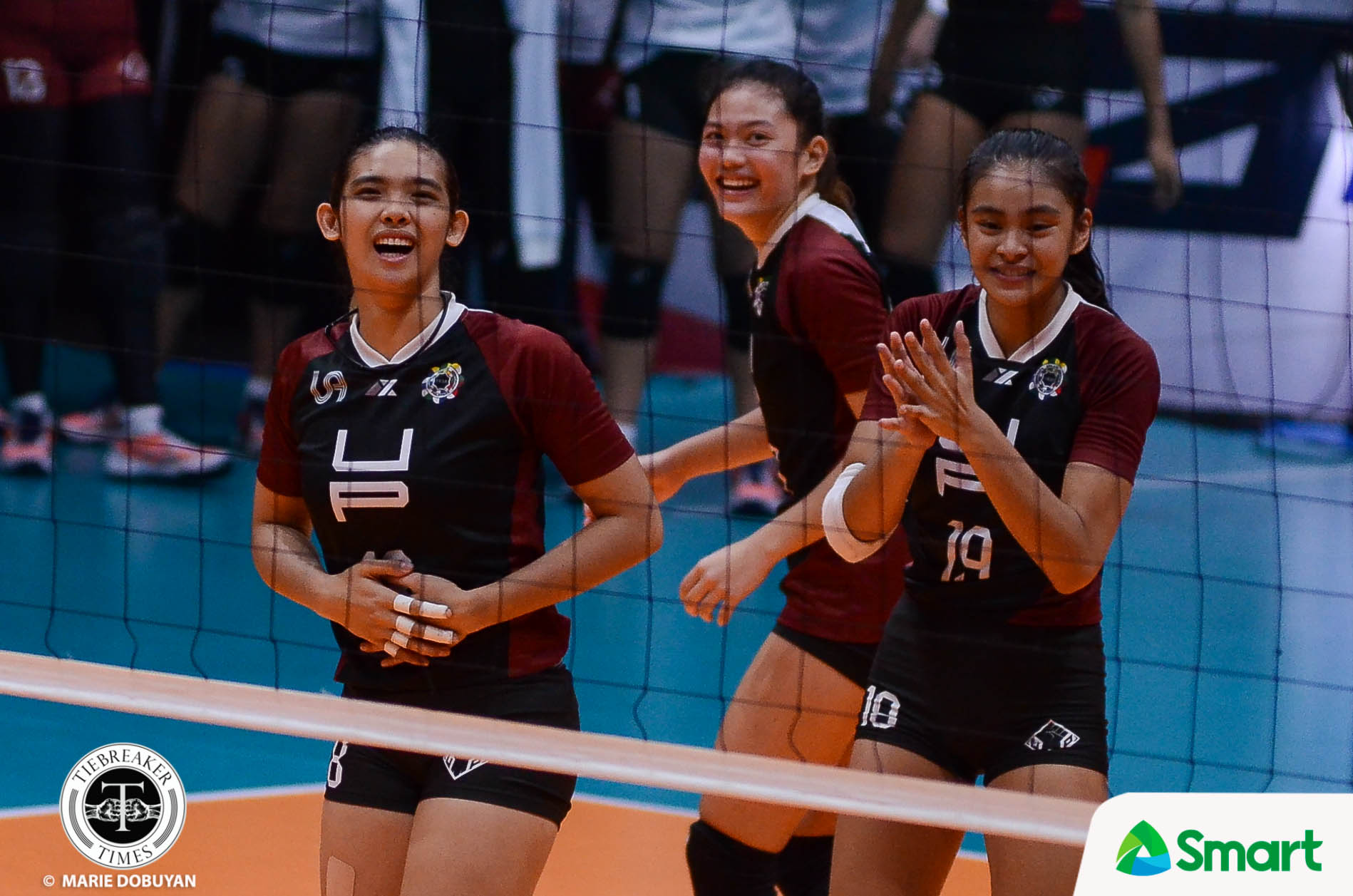 For much of her rookie year, Roselyn Rosier was relegated to a bench role with the University of the Philippines Lady Maroons.

It didn’t help when UP’s vaunted batch of recruits trickled in during the off-season, and Nicole Magsarile showed up as viable option to take over the injured Carlos’ minutes.

Injuries are unfortunate, but are often the door to opportunities that high-potential players like Rosier need.

With Magsarile going down due to a knee injury in the elimination round of the PVL Collegiate Conference, the effervescent sophomore finally got the nod from head coach Godfrey Okumu.

Since then, Rosier has proven pivotal in UP’s drive to ending a 36-year championship drought.

The Lady Maroons made the semifinals as the fourth seed, and took down the erstwhile-undefeated Adamson University Lady Falcons in three games. During that stretch, the athletic Rosier managed 9.33 points per match on respectable efficiency.

Her biggest game so far came on the most crucial stage, tallying 15 points in Game One of the Finals and helping UP escape rivals Far Eastern University Lady Tamaraws.

Rosier is UP’s sparkplug in every sense of the word, carrying with explosive athleticism and an electric personality.

Now finally in the spotlight, the native of San Pedro, Laguna is happiest that she is getting the chance to finally contribute.

“It’s amazing, I mean doing the thing I love the most before my birthday and winning our game, is probably the best birthday gift I could ever get for myself and the team as well,” said Rosier, who is celebrating her 20th birthday today.

“I think the thing that motivates me are my teammates – lalo na seeing them improve lets me know that I can improve on so many things. I won’t say that, ‘This is the best that I can do’. I always say that I can do better.”

Okumu is staunch in his trust in Rosier. He emphasizes the open spiker’s potential and the boon it creates for him in a position he had trouble filling during UAAP Season 80.

“What I can say about Rosier is she’s great and she has a lot of room to get better,” said the Kenyan mentor, adding that having many viable wingers in the lineup once Carlos and Magsarile recover is a welcome problem.

“That’s great for us coaches to potentially have so many players that we know can produce. What’s good is it creates friendly competition within the team. We know that it can only make our players better.”

The Lady Maroons can lock up the PVL title in Game Two on Wednesday. Facing a gritty Lady Tamaraws side, Rosier knows emphasis should be on the details for them to hoist the trophy.

Christian Standhardinger goes back to work