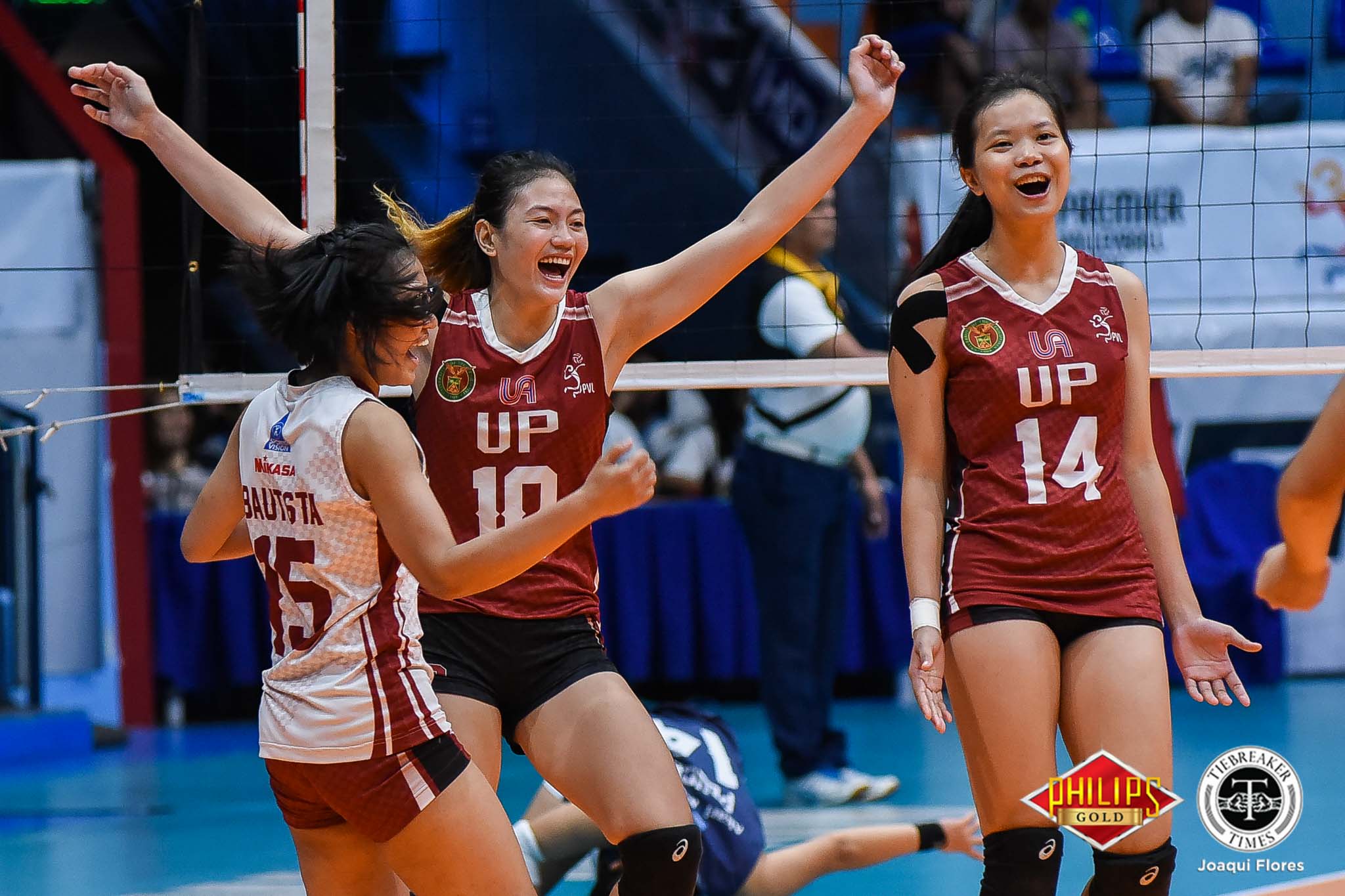 After an uncharacteristic loss yesterday, the University of the Philippines Lady Maroons finally buried the Adamson University Lady Falcons via a convincing four-set win, 25-19, 29-27, 20-25, 25-20, and entered the PVL Collegiate Coonference Finals at the FilOil Flying V Centre.

Unlike the past two matches, UP found their bearings quickly and rattled Adamson with a 16-10 start. The Lady Maroons then nursed their lead, taking the first set and using the momentum to grab an 8-1 advantage in the second. But the Lady Falcons found their groove, slowly whittling down UP’s lead and dragging the frame into a deuce. Both squads traded hold of advantage until Roselyn Rosier keyed UP’s set win, scoring on back-to-back hits to give the Lady Maroons a 2-0 edge.

Adamson’s open hitters gave them life in the third set. Chiara Permentilla slugged in five points in a stretch that pushed the Lady Falcons up 20-19. From there, Bernadette Flora shouldered the offensive load, scoring three of Adamson’s next five points to extend the match.

The Lady Maroons then fought off spirited Adamson rallies to clinch the match. Holding a 15-12 edge, the Lady Maroons saw the Lady Falcons turn their bad passes into long rallies and take a 16-17 advantage. UP slowly regained momentum, eventually bursting to a 22-19 lead. The Lady Falcons then gave up two crucial errors on routine free passes that pushed UP to match point, and set up Marian Buitre’s game-winning hit.

“Today, as compared to yesterday’s game, we did not play well, we lost. But we realized one thing; that we were putting too much pressure on ourselves that they had to win and make it through to the finals by winning two straight,” said UP head coach Godfrey Okumu.

“But what we talked about today was we are not under pressure, and it really worked. It wasn’t about skills, it wasn’t about how fast our team works. It was just about mental strength. They played well, we played well, but we were resilient, we are more composed as opposed to yesterday,” he added.

UP will take on the winner of the University of Santo Tomas – Far Eastern University tiff for gold. Adamson will face the loser for bronze.