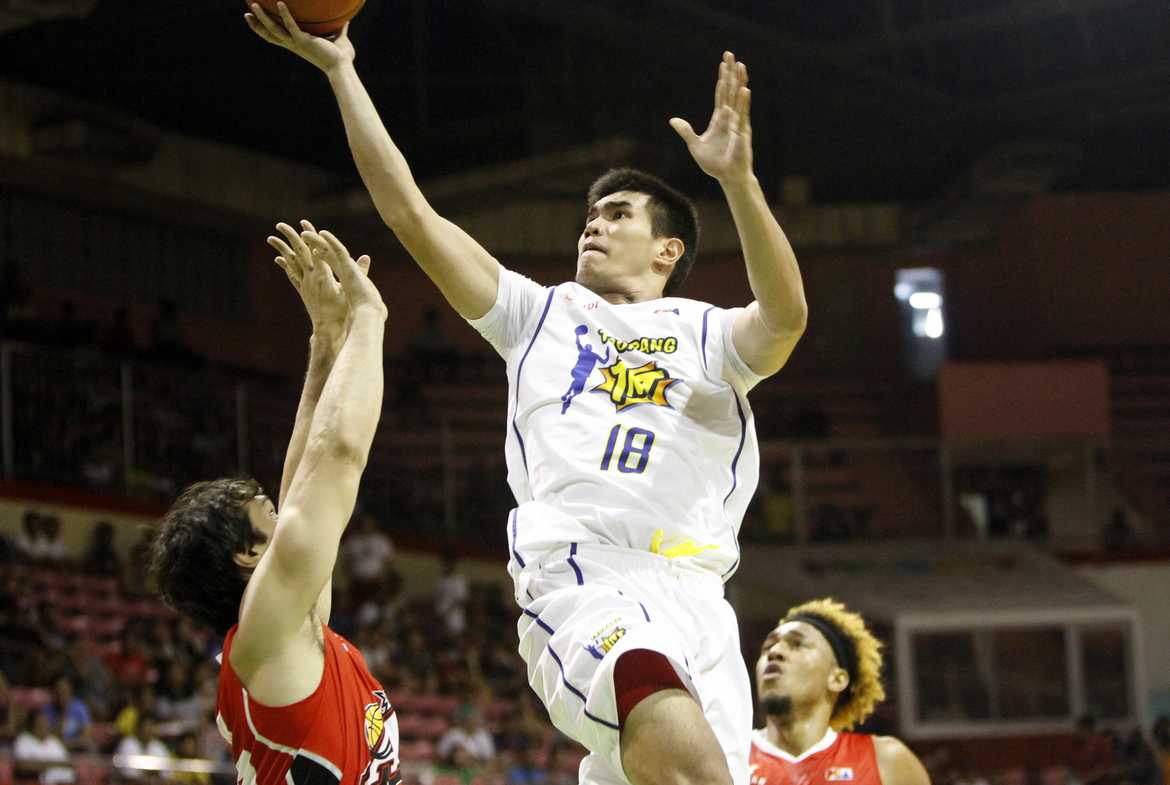 Troy Rosario proved today why he is the leading candidate to win the 2016 PBA Rookie of the Year plum.

Rosario notched a career-high 31 points, including seven triple, as the defending Commissioners Cup Champions Tropang TNT were able to breakaway from the Alaska Aces, 106-99, to take a 1-0 lead in the best-of-three quarterfinals series Sunday afternoon at the Cuneta Astrodome in Pasay City.

Returning import Rob Dozier paced the Aces early in the game in scoring eight of the first ten points of the Aces for a 10-8 lead. The TNT troika of Rosario, fellow rookie Mo Tautuaa, and Jayson Castro went shot-for-shot against the Red and Black to end the first quarter all knotted up at 27-all.

The TNT momentum carried over in the opening moments of the second stanza but Calvin Abueva came alive in knocking down a triple to cut the lead to three 41-38. Rosario though answered right back with back-to-back triples to highlight a 14-4 run to close out the half and give TNT a 15 point lead, 57-42, with seconds remaining in the half.

To add to Alaska’s woes, Dozier had to be taken out of the game early in the third canto as he was cut above his left eye due to an inadvertent elbow by David Simon. The import was able to return to the game and, together with Abueva and Chris Banchero, was able to chip into the TNT lead, 70-64, with baskets and free throws. However, the Aces’ free throw woes plagued them in closing-out their rallies as TNT continued to lead entering the final frame.

X-Factor for the series RJ Jazul knocked down a huge triple to spark an 8-0 rally and was capped by a huge and-one dunk by Dozier midway through the fourth quarter as the Aces were able to gain an 89-88 lead with 6:32 left in the game. Abueva and Rosario went into a shootout afterwards with Alaska clinging to that solitary point lead. However, Rosario was able to knock down back-to-back triples while Castro joined in the party in draining another triple for good measure as the Texters took a 102-97 lead with 57 ticks remaining. A basket by Dozier cut the lead to just three but TNT’s defense held on while four free throws by Ranidel de Ocampo closed-out the game.

“Troy made big shots in the end,” TNT head coach said in praise of Rosario. The former King Bulldog shot 11/17 from the field, 7/10 from downtown, for 31 points. He was also able to grab seven boards. Import David Simon also had a monstrous outing with 34 markers and 14 boards.

Dozier led Alaska with 24 points and six boards in 34 minutes of action. Abueva added 18 points, eight boards, four assists, and three steals in the loss. As a team, Alaska was just 42% from the field, compared to TNT’s 52%, and were a horrible 22/38 from the foul stripe.

Uichico and the Tropa though are wary of how strong Alaska is in saying, “we can’t relax against Alaska especially in Game Two.”

Game Two of the best-of-three quarterfinals series is set to take place on Tuesday, April 19 at the Smart-Araneta Coliseum in Quezon City.

READ  From Baler to Greece to Taiwan, Ateneo's prep totally worth it, says Thirdy Ravena