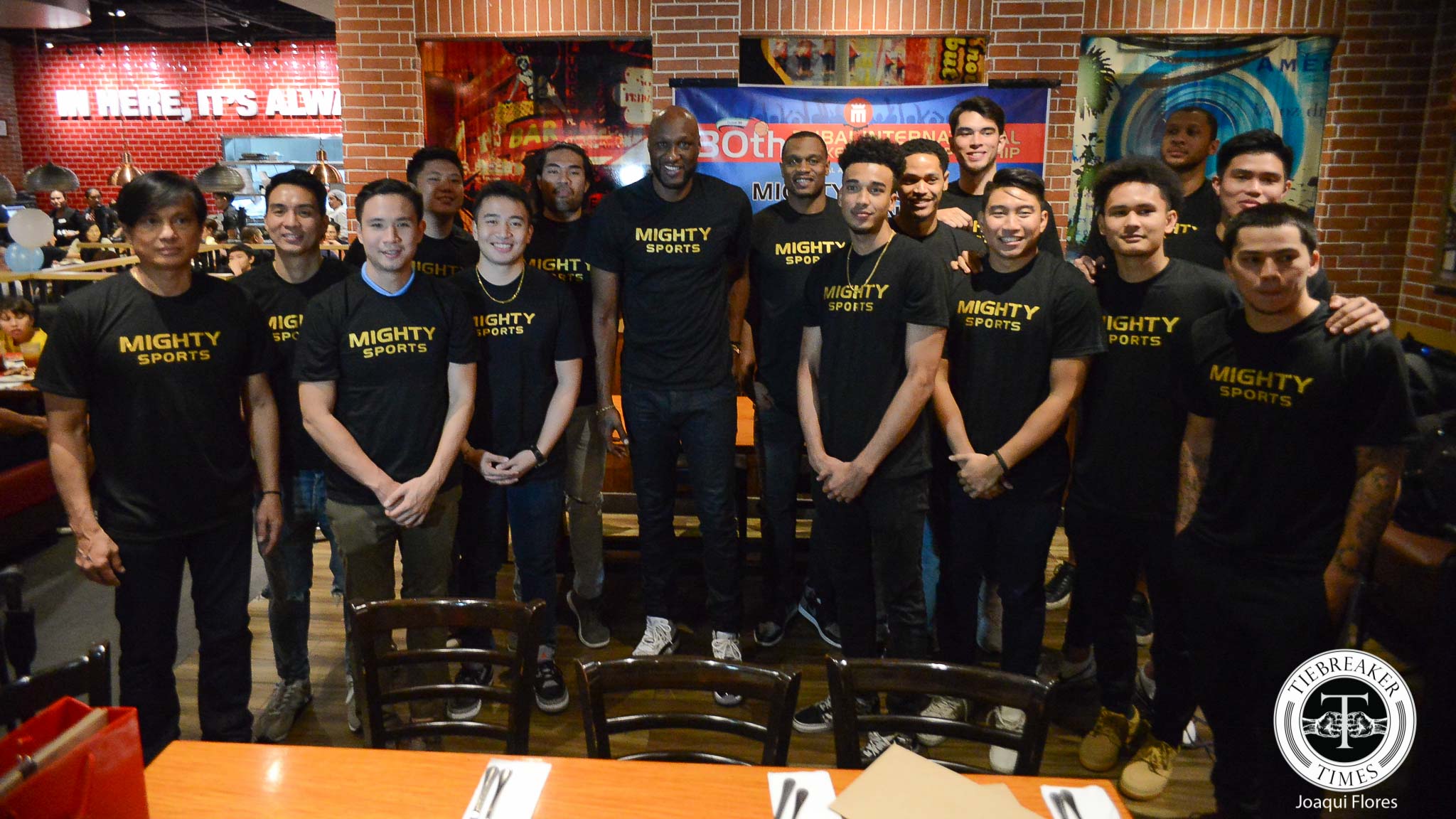 If Mighty Sports Philippines’ first game was a showcase for Jeremiah Gray, another PBA prospect showed up this time around.

Roosevelt Adams was unstoppable when he was on the floor, as he – together with imports Justin Brownlee and Randolph Morris – powered Mighty Sports to a victory over the UAE Men’s National Basketball Team, Sunday morning (Philippine time) at the Shabab Al Ahli Club in Dubai.

With the win, the Philippine-based club team remains on top of Group A in the 2019 Dubai International Basketball Championship with a 2-0 record. Moreover, Mighty Sports already one-upped its win total from two years ago, when the Alex and Caesar Wongchuking-owned team won just one game in seven tries.

And it was Filipino-American Adams who helped Mighty Sports build their cushion against the 121st-ranked national team in the world.

It was as if the 6-foot-5 product of College of Idaho couldn’t miss during the first three quarters of the contest, going 7-of-7 from the field during that span. Though he missed his only attempt in the final frame, he ended up with 18 points to lead Mighty’s bench mob.

“I like the way Adams played today. He was solid defensively. He played excellently, played so hard, hustled so hard,” said head coach Charles Tiu, who will have Adams in the D-League as he drafted him to the Go for Gold Scratchers.

In addition, he and Jeremiah Gray provided a couple of highlights.

But it was once again the duo of Morris and Brownlee who provided the spark and the finishing kick for Mighty Sports.

Morris scored 15 of his 20 points in the first half alone. The 6-foot-11 import, loaned from the Beijing Ducks, also had seven rebounds.

When UAE made a huge end game rally – that saw the troika of Rashed Al Zaabi, Qais Omar Alshabibi, and Jassim Abdullah cut a once-20 point lead down to just nine with three minutes left – it was Brownlee who provided the dagger.

An excellent find by Jason Brickman to a cutting Brownlee served as the momentum-halting, tomahawk jam with less than two minutes left in the game.

“What’s good is that we won and I expected us to win this game. But honestly, this is not the level of the tournament,” he said. “They are the national team and they actually gave us a tough test today.

“Actually I am not happy with how the game turned out. If we play this (kind of) game the next few days, we’re going to lose. We might not make it past the quarterfinals,” he added.

Brickman glued things together with seven dimes, while Gray and Juan Gomez de Liano chipped in nine markers each. The UP Fighting Maroons added eight boards and four dimes to his name.

“He (Brickman) is just great finding guys. That pass to Brownlee was really amazing,” said Tiu.

Lamar Odom was held scoreless in 13 minutes of game time.

Mighty Sports will have a tough next outing, as it takes on defending Lebanese Basketball League Champions Homenetmen Beirut B.C. on Monday, February 4 at 1:00am (Manila time).

‘Meralco had nothing to do with the brownout’, says Norman Black