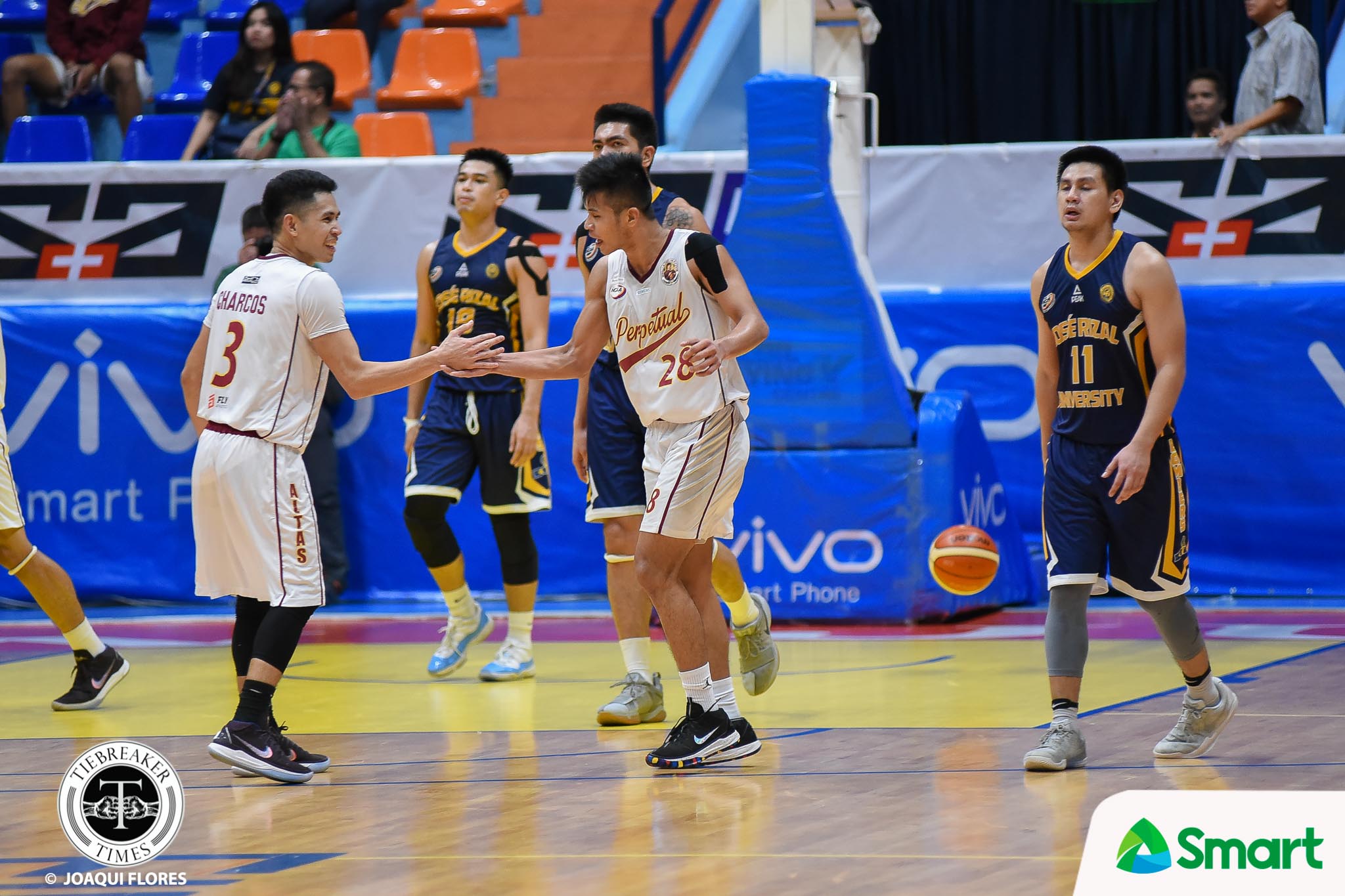 Not wanting to fall prey to an upset, rookie Jielo Razon made the big shots when the University of Perpetual Help System DALTA Altas needed it the most. And those clutch baskets led to a 78-72 win over the Jose Rizal University Heavy Bombers, Tuesday evening at the Filoil Flying V Centre.

“Wala pa kaming easy win but a win is a win. Even if we only had two turnovers, hindi ko alam kung ano nangyari,” said Perpetual head coach Frankie Lim.

This is Perpetual’s fourth win in six games to tie the Letran Knights for third. JRU, on the other hand, are still winless in seven games.

But the Altas needed a rookie to step up for them to give them this win.

The Heavy Bombers rallied back from a deficit that went to as high as 18 points behind a zoned-in Jed Mendoza.

A Mendoza bucket gave JRU a 70-68 lead with 3:09 left, while a tip-in by Jun Silvarez extended the lead to three. AJ Coronel knocked down a top-of-the-arc triple to put the game back to square one.

Seizing the moment, Razon knocked down back-to-back triples to buck the upset bid of Perpetual, with the last one coming with 33.4 ticks left.

Razon had 18 points, six rebounds, and five assists, while Perpetual’s main man Edgar Charcos had a game-high 25 points to go along with nine rebounds, five assists, and two steals.

Prince Eze was limited to just seven points and seven rebounds in just 25 minutes of action, as Lim decided that Eze’s emotions had gotten the best of him in the game.

Perpetual look to continue their streak on Thursday, August 16, when they face the Mapua Cardinals. JRU, on the other hand, take on the EAC Generals on Friday, August 17.