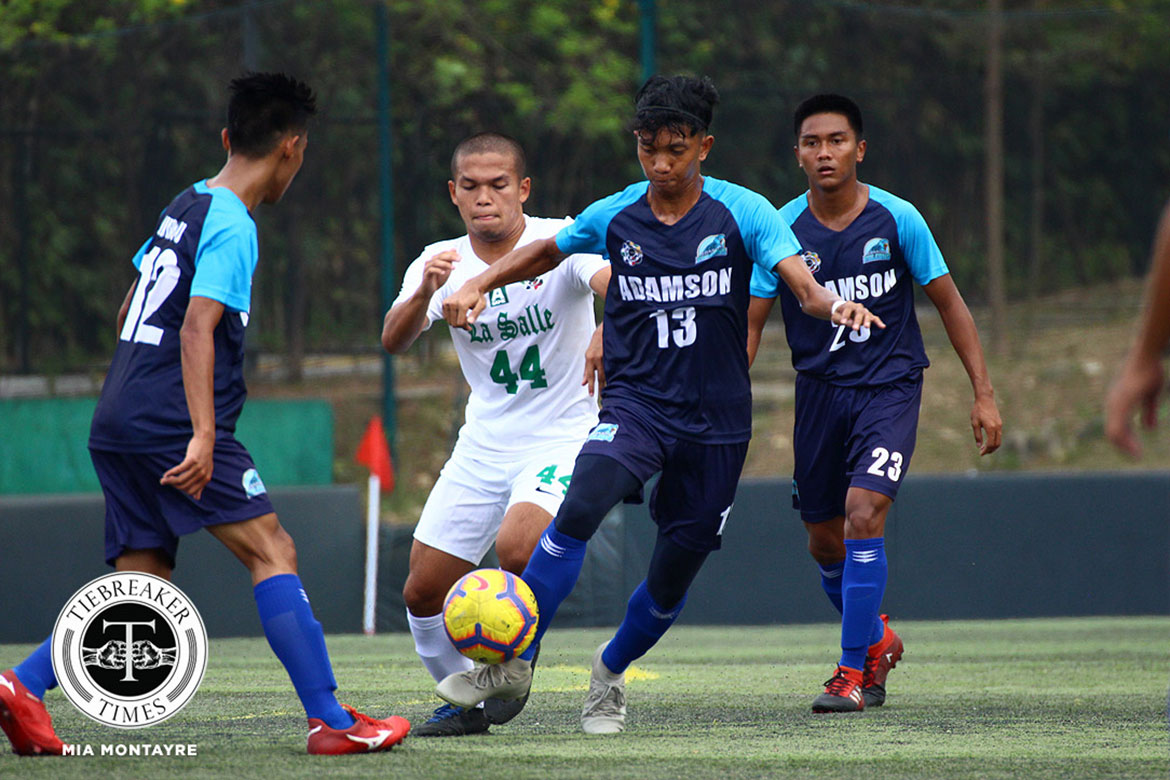 With the De La Salle University Green Archers in a must-win situation in every game, the onus is on them to prove that they deserve to be in the UAAP Season 81 Men’s Football Tournament post-season.

Up against a skidding but tough University of the East Red Warriors, the Green and White managed to secure a 2-0 win, Thursday morning, at the FEU-Diliman turf in Quezon City.

Alvin Ocampo’s men had numerous chances on goal, but only found the back of the net within the last 15 minutes of the contest.

Lagura’s goal proved to be a huge psychological blow to the Red Warriors. Then, the Green Archers further cemented their claim to all three points during added time.

Another neophyte, Jovan Marfiga, took a free kick and converted it to score the first goal in his UAAP career.

La Salle continue their push for the Final Four with their sixth win of the season. In contrast, UE have lost the same number of games. While one of the Final Four’s perennial entrants are still in for a ticket, the Red Warriors’ early promise simply ran out of steam.