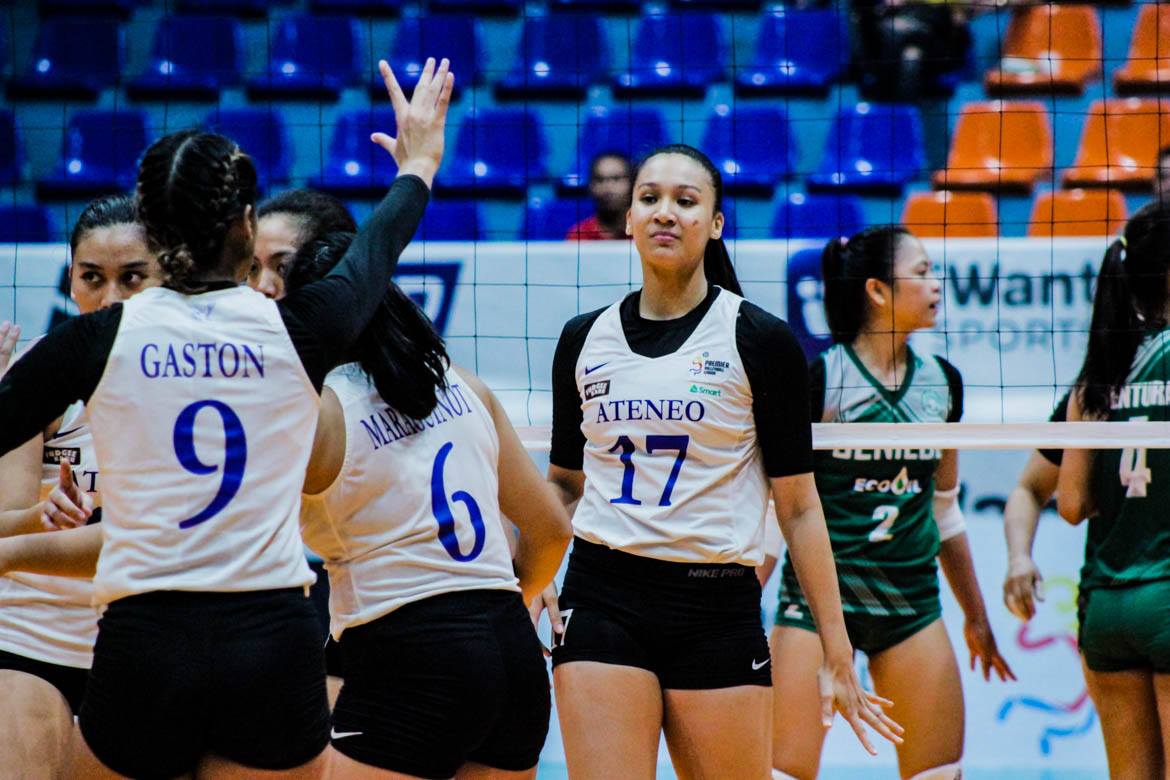 Faith Nisperos is more than willing to shoulder the responsibility of being the main gunner of the Ateneo Lady Eagles.

The highly-touted rookie out of Nazareth School of National University provided a quintessential testament to her resolve on Wednesday.

Nisperos showed she’s up to the challenge when the feisty College of St. Benilde Lady Blazers threatened to take Game One of the 2019 PVL Collegiate Conference battle for third, casting herself in the hero role.

Holding a 2-1 lead in sets, St. Benilde sprinted to a commanding 21-16 spread in the decisive fourth set and seemed to have the match in hand. All game long, however, the Lady Blazers had no answer for the offensive juggernaut that was Nisperos. So when the Ateneo neophyte churned out a storming comeback, St. Benilde had no way of slowing her down.

Nisperos delivered the differential hits that paved a way for Ateneo’s fightback down the wire of the fourth frame, bringing the cardiac match to a rubber set. From there, she continued waxing hot as she scored four points in a 6-0 headstart.

Though the Lady Blazers mustered a resurgence to keep things interesting, Nisperos showed the way for the Lady Eagles once more. She then nailed the match-clinching blow en route to 35 points built on 29 searing airborne attacks, alongside four service bombs. 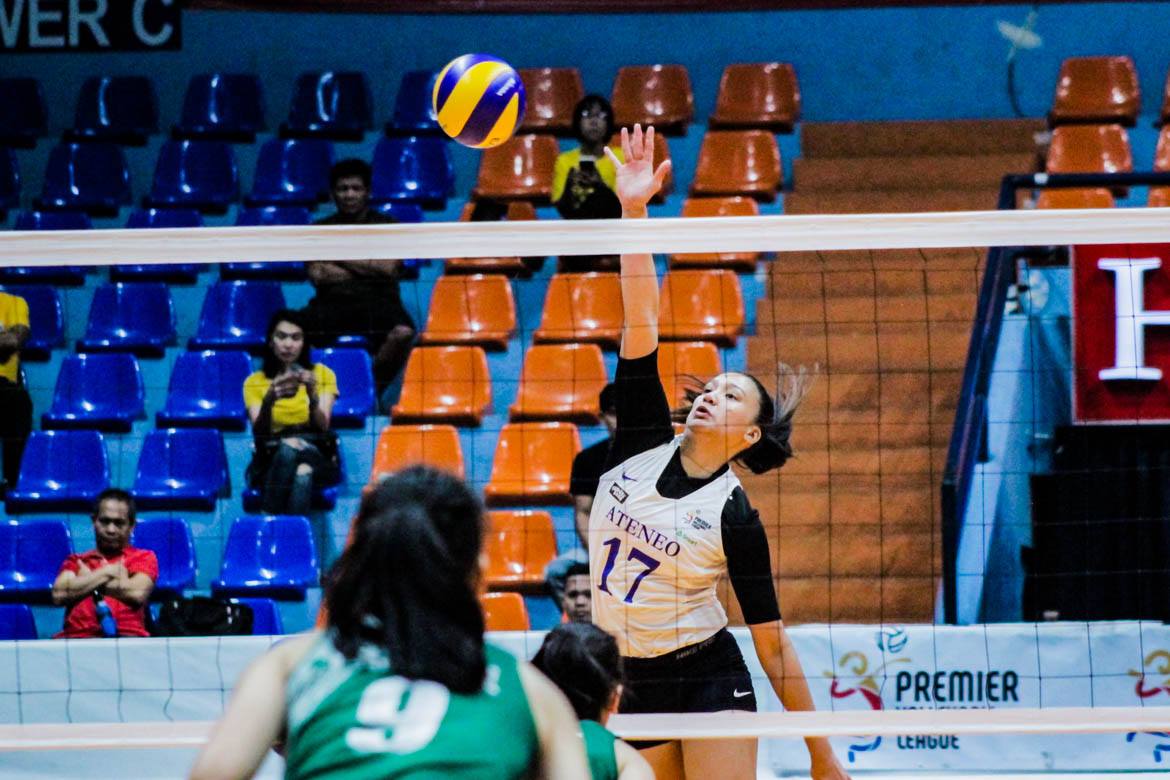 “What really boosted me to do such a performance is I know that at that time na hindi masyado nakaka-perform ‘yung teammates ko. I know na someone has to step up and yun ang motivation ko,” she bared.

Without a doubt, Nisperos was putting it all on the line for Ateneo. More so, she was so immersed in fulfilling her duty for her team that she couldn’t believe she had breached the 30-point threshold and put up a personal-best, conference-high outing in the collegiate scene.

Beyond scoring, Nisperos also flashed her all-around brilliance and made her presence felt on the defensive end. She laced her whopping offensive output with 17 excellent digs to post a monster double-double that pushed Ateneo closer to a bronze medal finish.

Despite generating a career-best performance in her rookie year, Nisperos believes that she can still take her game to higher notches.

“Siyempre! Always the direction that I want to go is up.”