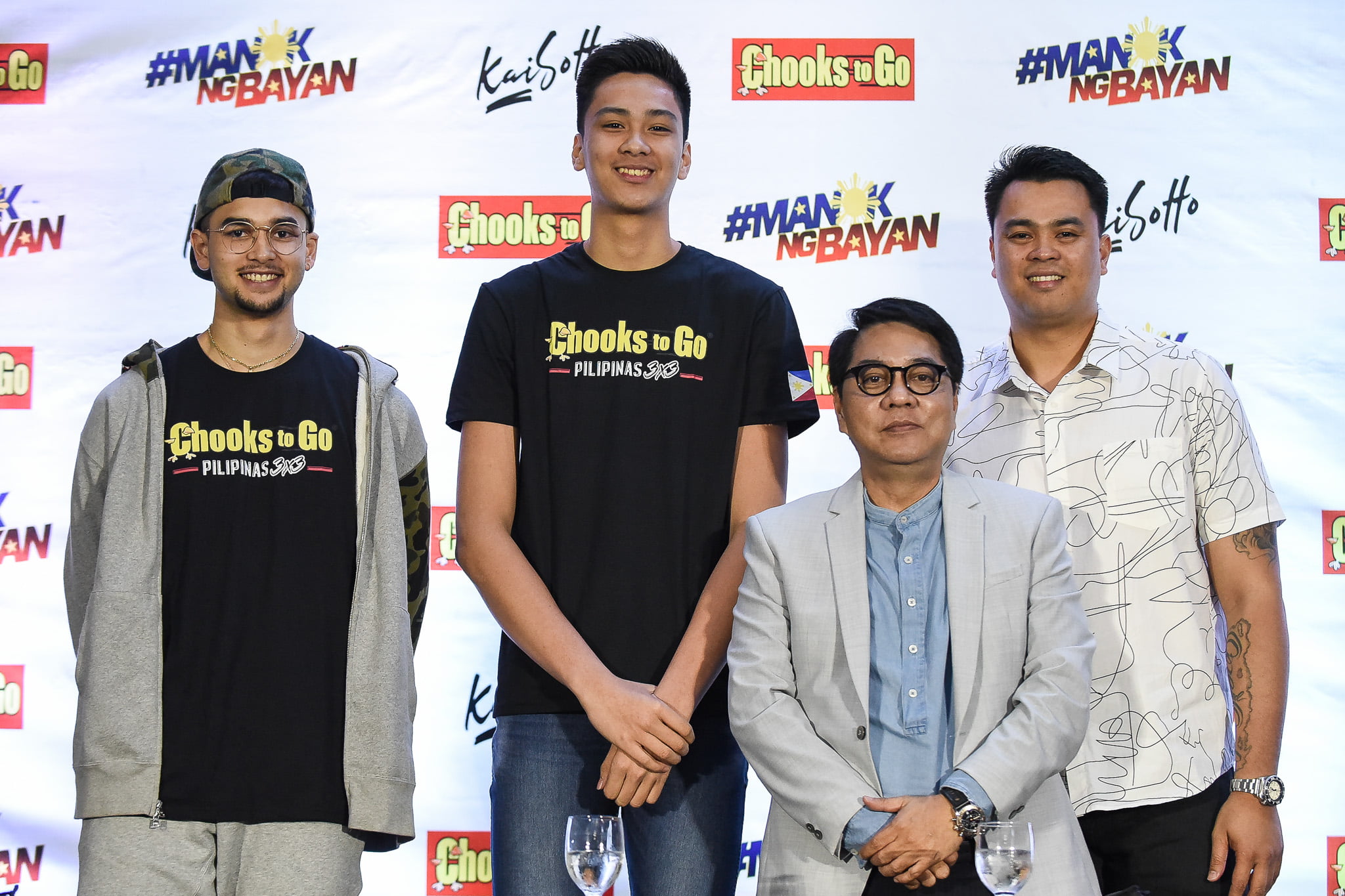 On his 18th birthday, homegrown big man Kai Sotto made a huge leap.

The 7-foot-2 Filipino prospect is taking a different path in his goal of becoming the first Filipino NBA player by joining the G League’s Professional Path program.

Though it is a risk, it is worth taking, said Chooks-to-Go president Ronald Mascariñas.

“In this time of a crisis, the news of him joining the G League was a development that brought light to our country,” he opined. “It is the road less taken, but I know deep down that Kai had his family in mind when he made the decision to join the G League.

“Being a Filipino, he has a sense of responsibility to give back to his parents. For Kai, this is his way of making Ervin and Pamela proud.”

Mascariñas recalled the first time he met Kai and his father Ervin back in 2017 when they were looking for someone to help finance Kai’s training.

Even when he was just 15 years old back then, Kai always had his parents and siblings in mind.

“When I first met with Kai and his family, I immediately thought that he was going to be special. And it’s not because of his height,” shared Mascariñas.

“At such a young age, Kai already knew that he had a responsibility to his family and his country. It was his determination to carry the nation’s dream of producing an NBA player that made us decide to support him.”

Despite being abroad, Chooks-to-Go continued to support the Sottos to ease some pressure on them. And Mascariñas and Chooks-to-Go will continue to support Kai as he enters a new chapter in his life.

#ReadMore  Kai Sotto's Ateneo HS coaches in unison: He has to work on power in G League

The sports patron continues to believe that Sotto is the “Yao Ming of the Philippines”.

“Maraming Pilipino ang nangangarap na maglaro sa NBA. Hindi iba si Kai. I can only wish that God will continue to bless Kai and his family in this very tough journey,” he closed.

“May he continue to be an inspiration to not just Filipinos, but all dreamers and aspirants all over the world.”