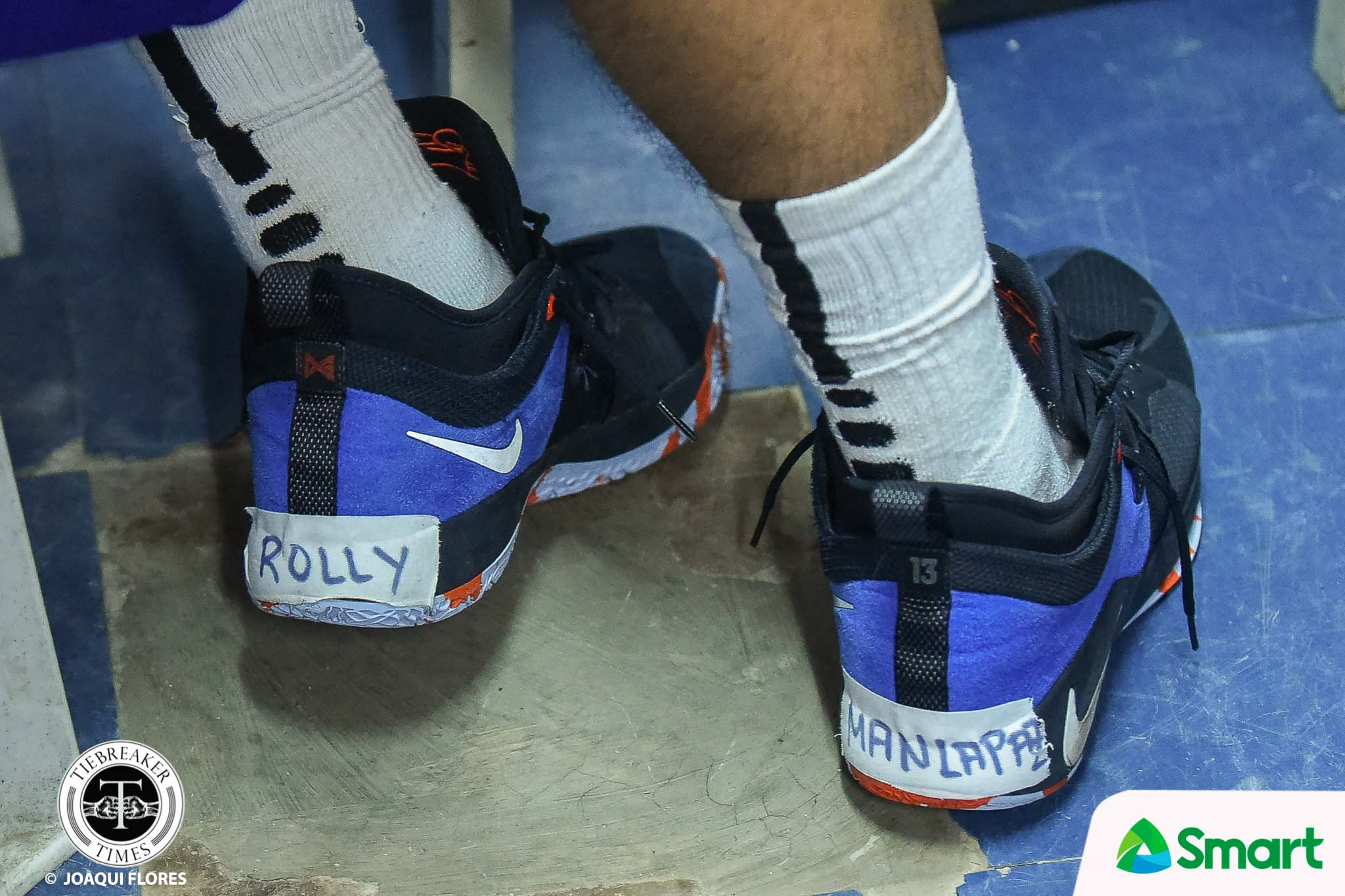 Though a fan of the game and the players alike, even Rolly Manlapaz would admit that he had a slight slant in favor of teams from Ateneo de Manila University. After all, he was a graduate of the school’s AB Communications program back in the 80’s.

That is why the Blue Eagles were devastated upon knowing the passing of the beloved game announcer last Thursday.

Back in March 2, 2018, Manlapaz called his final UAAP-sanctioned game. It was Game Three of the UAAP Season 80 Juniors Basketball Finals. And in a thriller, it was Belangel and the Blue Eaglets who came out as victors against fierce arch-rivals NSNU Bullpups.

That is why Belangel chose to pay tribute to Manlapaz by slapping a tape with Rolly’s name at the back of his Nike PG 2.5s.

For his part, Thirdy Ravena was able to visit Manlapaz a day before he passed away. The joy in Rolly’s eyes back in December 3, 2017 was a sight to behold as the Blue Eagles were able to bring the throne back to Katipunan.

Ravena can’t believe that on Saturday, October 6, Manlapaz will no longer be there to call the Ateneo-La Salle game — a rivalry Manlapaz calls as the greatest in Philippine sports.

But it’s not just the Blue Eagles who are grieving, it’s the entire sporting community. And on Monday, every one will gather around Loyola Memorial Chapel in Marikina to celebrate the life of Manlapaz.

“I think not just our team, but a lot of teams were affected by that,” shared Ateneo lifer Sandy Arespacochaga.

Pressure is on for Philippines to create program for Kai Sotto, says Tab Baldwin