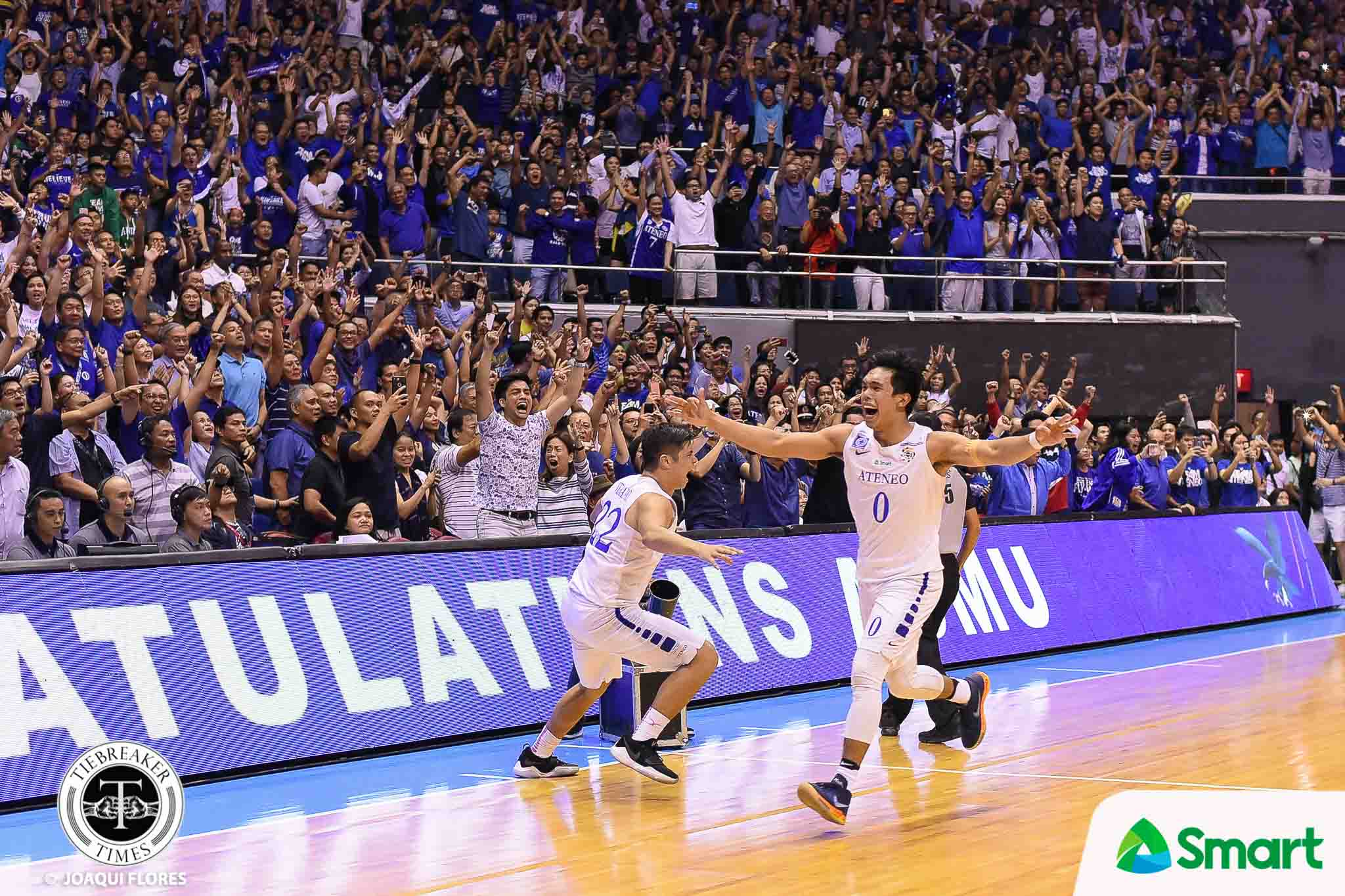 In a season that saw five epic Ateneo-La Salle games, the Blue Eagles proved that they are the bane of the Green Archers.

Displaying intense discipline all throughout the season, the Men’s Basketball team of Ateneo de Manila University gave it their all for the last 40 minutes of the season, gutting out an 88-86 triumph over their arch-rivals to win the UAAP Season 80 Men’s Basketball crown, Sunday evening at the SMART-Araneta Coliseum.

It was all about redemption for the Blue Eagles this time around, as they had been swept by the De La Salle University Green Archers in the Finals a season ago.

There were multiple Blue Eagles that contributed to the win, displaying the trademark unselfishness that led them to the top seed.

But just at it has always been for all of their matches this season, the Green Archers stormed back in the third frame, outscoring the Blue Eagles 28-21 to knot the game at 66-all entering the final frame.

A Ben Mbala basket to start the final frame to give La Salle their last taste of the lead, as Ateneo answered right back with a 14-2 run. The rally was sparked by Vince Tolentino, followed by back-to-back triples by Matt Nieto and Anton Asistio. A Chiebueze Ikeh hook shot capped the rally with 5:50 left, giving Ateneo a 76-68 edge.

Behind Mbala and La Salle’s intense rebounding, the Green Archers connived for one last run. A triple by Aljun Melecio ignited La Salle, with a triple by Andrei Caracut with 48.9 ticks remaining, slicing Ateneo’s lead to two.

After missing the potential game-winner last November 12, Isaac Go wrote his own redemption story by knocking down a dagger triple with 24.7 seconds left to halt La Salle’s end-game rally and give Ateneo an 85-80 lead.

Ikeh notched a double-double in his final game with 12 points and 13 rebounds. Anton Asistio chipped in 11 markers.

This is the Blue Eagles’ first basketball crown since the end of their historic five-title run back in 2012. Moreover, they tie the Green Archers with nine men’s basketball championships.

Vince Tolentino, Kris Porter, and Chibueze Ikeh played their final games for the Blue and White.