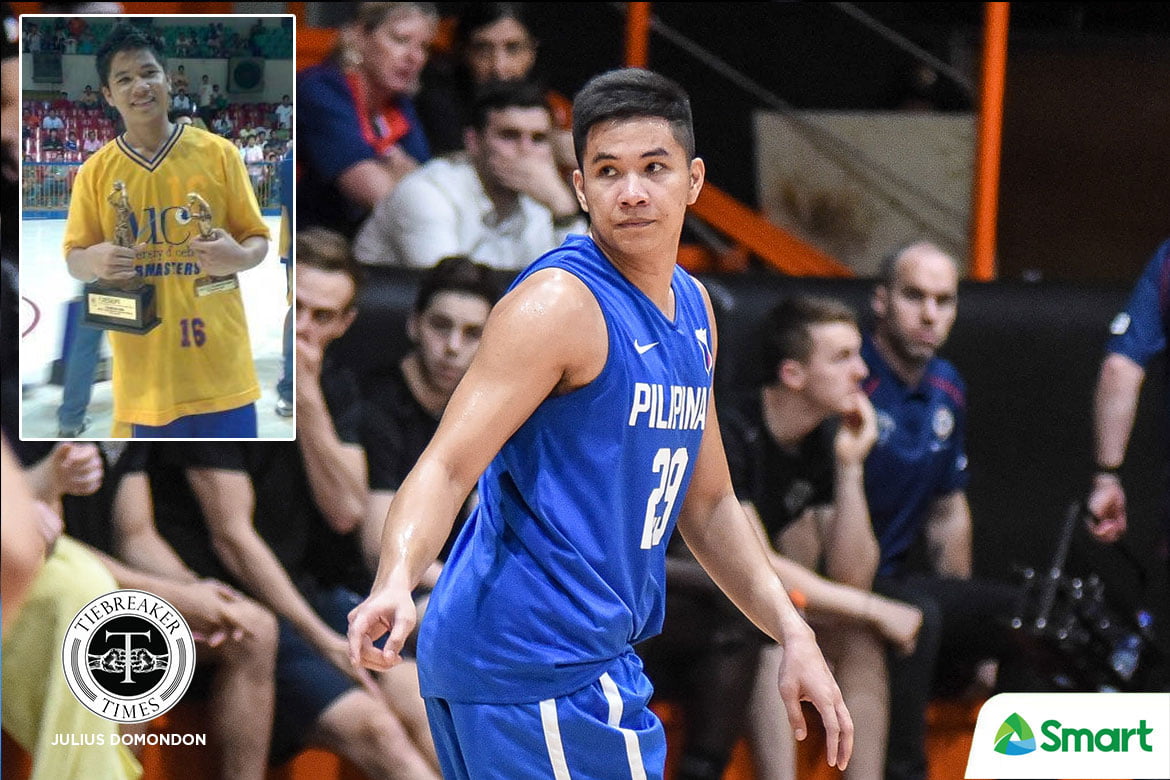 Right when he was finishing high school at University of Cebu, Roger Pogoy learned that a coach from Far Eastern University was looking for him.

That time, the school had staff in Cebu searching for new talent by holding a days-long tryout, which his teammates had already attended.

However, Pogoy was having second thoughts about showing up — until one morning, his father came back home from the market with a newspaper.

That newspaper had an article about FEU’s tryouts. His dad had read about it, and encouraged him to try his luck.

And those words convinced him to go. Accompanied by his dad, Pogoy went to the tryouts, and there he met FEU coach Bert Flores.

Sooner, Pogoy would see himself in the Tamaraws’ den. But being part of the program and proving that he belongs was another story.

For him, he had to prove that he could shine outside Cebu, where he won a CESAFI Juniors crown with UC and captured Finals MVP honors.

It didn’t help that he saw limited playing time during his early years in FEU, as the team then had the likes of RR Garcia and Terrence Romeo.

All those challenges took their toll on Pogoy, so much so that he was close to giving up everything.

But then Pogoy had a change of heart thanks to his ever-supportive father, who simply reminded him of the importance of patience in life.

Pogoy persevered. He would soon earn his place in FEU’s rotation, and in 2015, he was a vital cog in the Tamaraws’ UAAP championship run.

#ReadMore  Tim Cone remains wary of San Miguel: 'They're never in a slump' That championship triumph — which ended FEU’s 10-year title drought — then opened the doors for Pogoy en route to more success.

In 2016, he became part of Gilas Pilipinas 5.0, an all-amateur pool that saw action in the FIBA Asia Challenge in Tehran, Iran. That same batch entered the PBA in that same year via the special Gilas draft, which saw Pogoy taken by TNT KaTropa.

Since then, Pogoy has proven that he is very much a part of the flagship MVP franchise’s future after winning Rookie of the Year honors in 2017. He has also become a mainstay in the national team, and has been on the biggest stage of basketball after playing in the 2019 FIBA World Cup in China.

Pogoy has come far from his humble beginnings, and he truly deserves everything that he is enjoying right now. And it’s all because of hard work and perseverance.