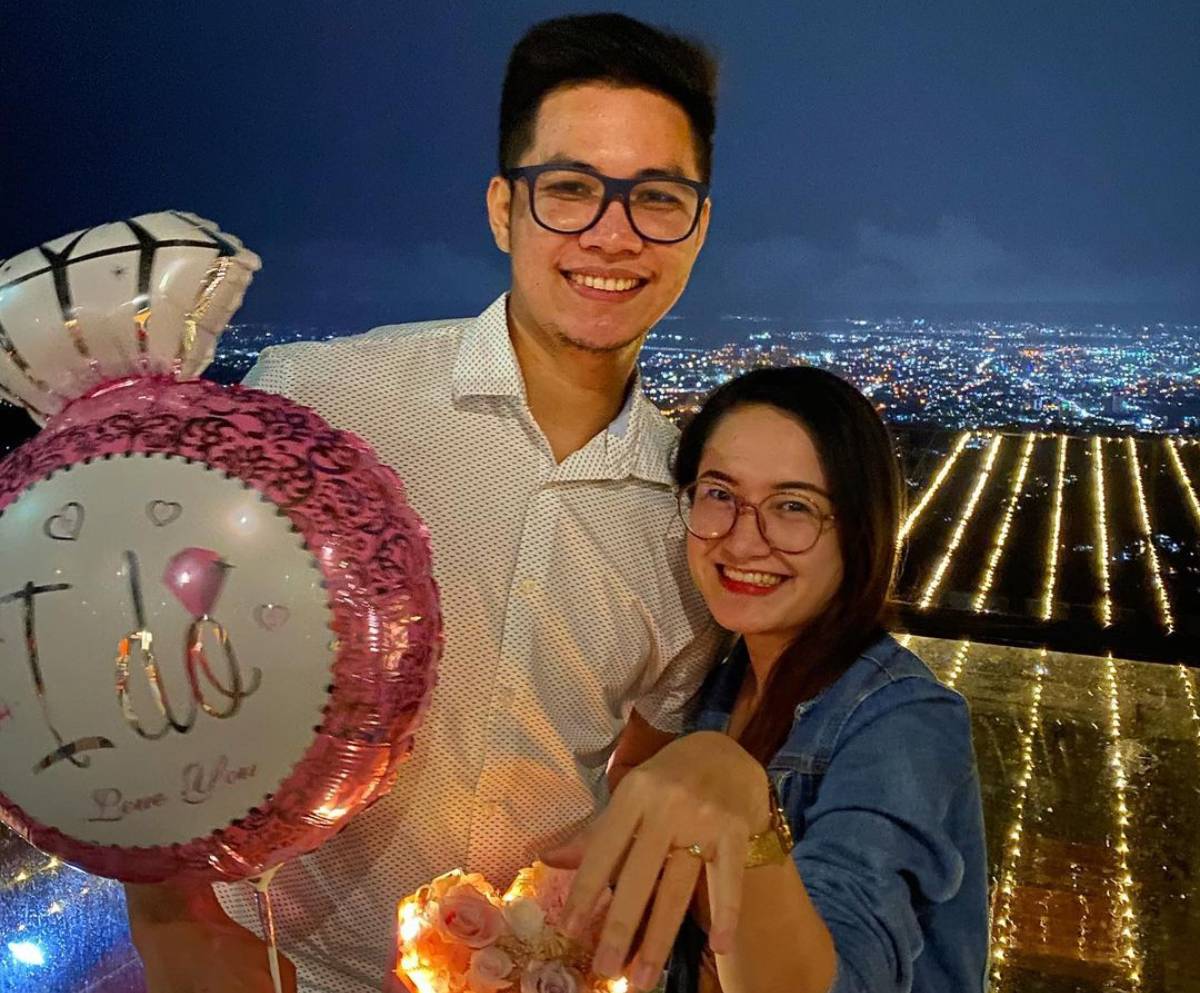 Roger Pogoy has another source of inspiration.

The TNT Tropang Giga player finally popped the question to his long-time girlfriend, Lovelynn Portes, and got the answer he’s long aspired to hear.

“Thank You Lord! She said YES!” Pogoy wrote in the caption of his Instagram post, Monday night, that has since been flooded with congratulatory messages.

In a short video clip posted by his former FEU teammate Joel Lee Yu, the 28-year-old got down on one knee, as his partner visibly shed tears of joy.

The romantic proposal took place at Top of Cebu in Busay, Cebu City – Pogoy has been in his hometown since the end of the PBA bubble.

Pogoy is coming off a stellar season, emerging as one of the league’s best scorers last season with his 20 points per game.

It could be remembered that the former Rookie of the Year opened the bubble play last Oct. 11 with a 45-point explosion in a win over Alaska.

He also had 5.7 rebounds, 2.5 assists, and 2.0 steals while helping the Tropa reach the Philippine Cup Finals for the first time in seven years.

The 6-foot-2 guard was among the nominees for Best Player of the Conference honors. He finished third in voting in the six-man race.

Many expect Pogoy to receive a call-up from Gilas Pilipinas for the third window of the 2021 FIBA Asia Cup Qualifiers’ third window in February.