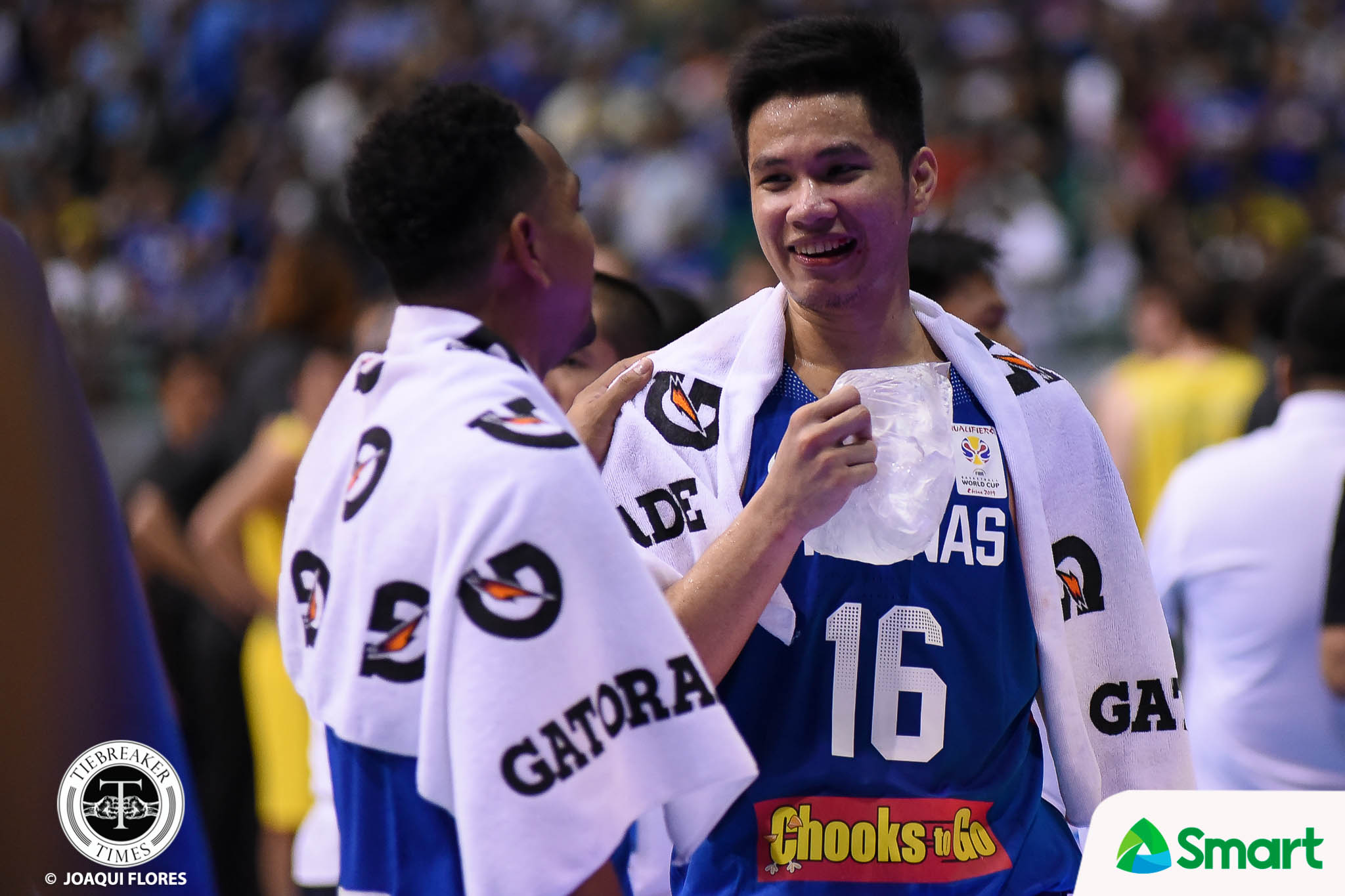 When he joined the Gilas Pilipinas program in 2016 as a member of a young unit that struck gold in the SEABA Cup, Roger Pogoy never thought he would go on to set foot on such a prestigious stage as the FIBA World Cup.

“Hindi ko naisip yung ganun. Siguro FIBA Asia,” said the Far Eastern University product, who lined up during the 2017 FIBA Asia Cup in Lebanon. He averaged 7.0 points and 3.5 rebounds in the tilt where the Philippines finished seventh.

Three years since joining the national team program, Pogoy will be playing in the World Cup in China.

The 27-year-old admitted it surprised him to see his name in the 12-man roster rolled out by the Samahang Basketbol ng Pilipinas last Sunday. But at the same time, he felt like all the hard work he’s put in has paid dividends.

Pogoy is among the players picked in the special 2016 Gilas PBA Draft. And from particular batch – which includes his fellow Tamaraws Mac Belo, Mike Tolomia, Russel Escoto, and Carl Cruz – Pogoy is the first to reach the Worlds.

Pogoy also looks forward to going up against NBA players in the World Cup. Gilas will face many of them, especially when it battles Italy and Serbia; both have their squads loaded with former and current NBA players.

Pogoy is expected to provide much-needed shooting for Gilas following the absence of Marcio Lassiter and Matthew Wright due to injuries. So he hopes to carry over his fine play in the PBA to the World Cup that starts this Saturday.

Troy Rosario ready for another crack at Gallinari, Italy