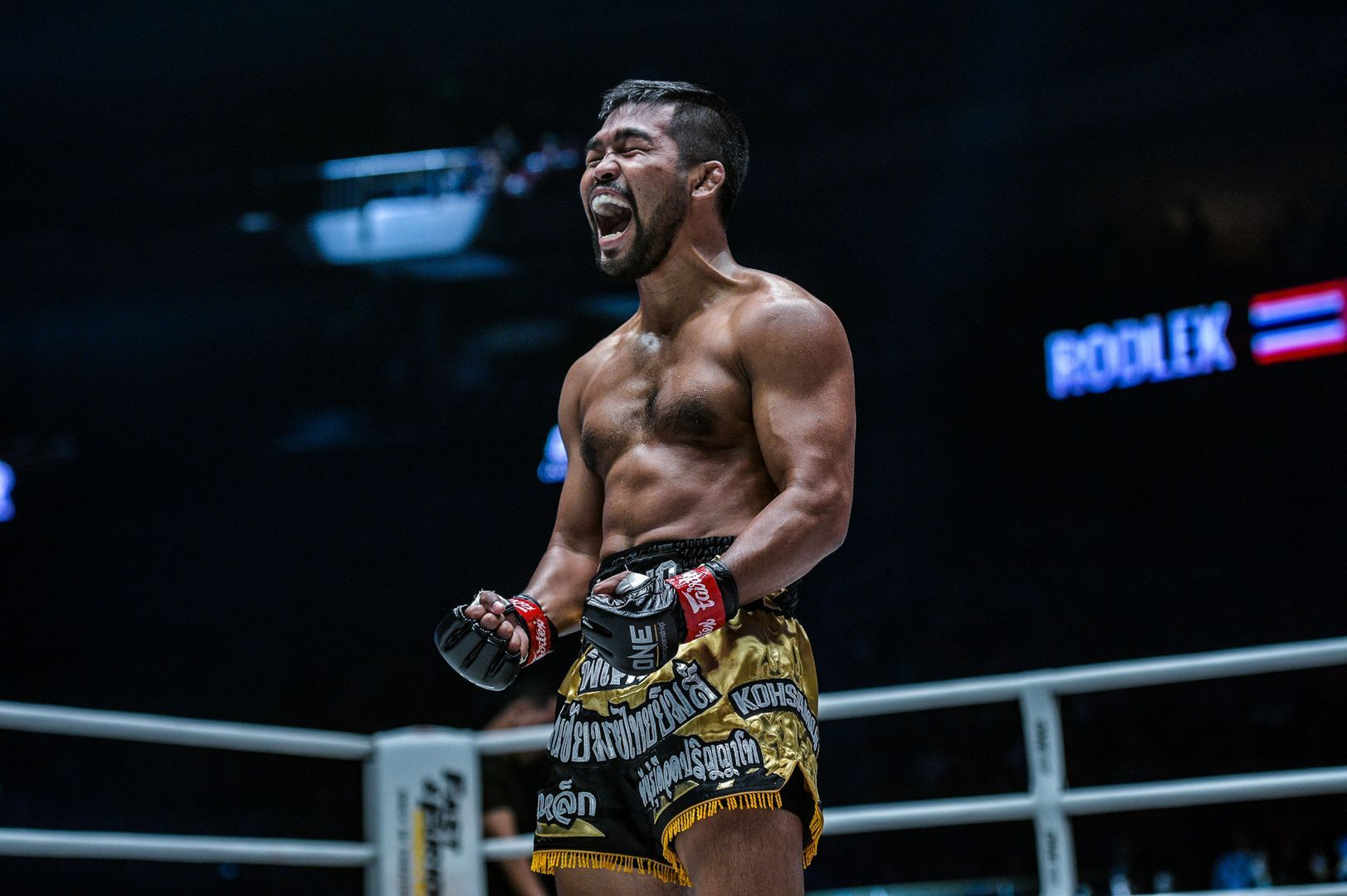 Having competed in the Philippines in his last two matches in ONE Championship, Rodlek PK.Saenchai Muaythaigym is a familiar face in the country.

He’s also beloved around here because of his resemblance to eight-division boxing World Champion Manny Pacquiao.

Now he wants to show his fans in the Philippines that he’s more than just a Pacman dead ringer when he battles Saemapetch Fairtex in the main event of ONE: No Surrender II in Bangkok, Thailand, this Friday, August 14.

The pair collide in the semi-finals of the ONE Bantamweight Muay Thai Tournament, where the finalist will get to face reigning World Champion Nong-O Gaiyanghadao sometime in the future.

Rodlek knows he has his hands full against Saemapetch, so he’s not taking his foe lightly.

“He is one of [the most] skilled boxers I have ever known. His punches are powerful, and he has powerful weapons and cannot be underestimated,” Rodlek told ONEFC.com.

“His deadliest weapon will be his left kicks and left punches. [I’ll need to] keep my guard up, and study his strategies, styles, and patterns.”

The 30-year-old has yet to lose in The Home Of Martial Arts because of his constant improvements, and that may benefit him when he battles his compatriot this Friday.

“I might have more weapons, and my gut is better. That will be my advantage,” Rodlek said.

“If I want to win, I need to approach him first, keep the pressure on him, and not let my guard down.”

Knowing what is at stake, Rodlek plans not to waste this opportunity.

“If I win this fight, there will be a higher chance to get [a title shot], and if I lose, I will need to start from the beginning. So, I will not let my guard down.”

Catch the event live on One Sports, One Sports+, and TV5 on Philippine television, or on the ONE Super App.