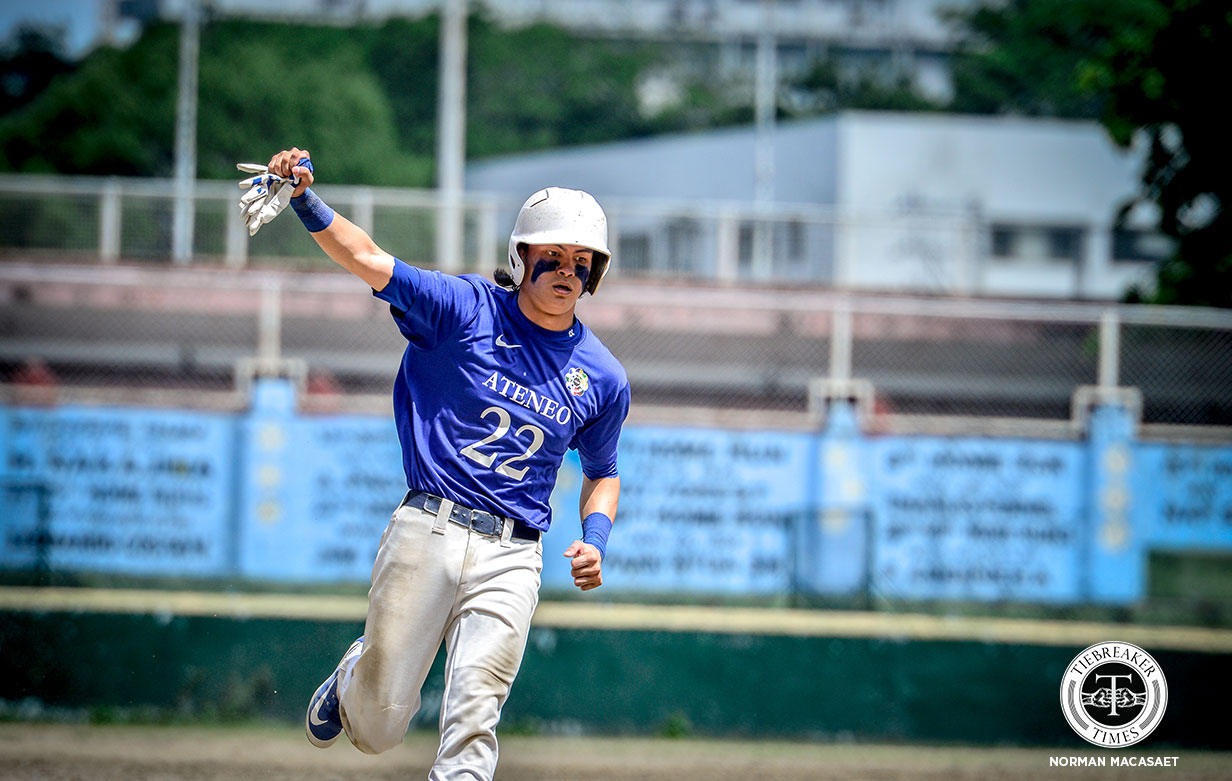 Over the last two games, the Ateneo de Manila University Blue Eagles needed just one win to punch their way to the UAAP Season 81 Baseball Finals. However, they could not get things done against the NU Bulldogs and the DLSU Green Archers.

Needing this win to avoid any complications, the duo of Rod Bitong and Kiko Andaya made sure that the third time’s the charm, as the Blue Eagles stormed back from a five-run deficit to take a Finals-clinching 11-10 victory over the University of Santo Tomas Golden Sox, Wednesday morning.

With a 7-3 record, Ateneo set up a showdown with the league-leading De La Salle University Green Batters in the best-of-three finale to the season. The championship series begins on March 29 at the Rizal Memorial Baseball Stadium.

“It was not easy, especially [since] there are a lot of personalities in this team,” admitted first-year Ateneo head coach Bocc Bernardo, as he lost the likes of shortstop Dan Laurel and first baseman Ryan Hilario during the off-season. “It was the discipline of the team that led us to this moment. I’m just happy to be back in the Finals and we’ll take it from there.”

Still, the Blue Eagles struggled to contain the also-ran Golden Sox in the contest.

Though he picked up eight strikeouts in the 5 1/3 innings he pitched, ace pitcher Paulo Macasaet struggled in the sixth inning. He gave up three consecutive hits in the sixth inning – capped by Mark Beronilla’s second home run of the season – two-run HR.

Macasaet’s reliever Nacho Lozano struggled to end UST’s barrage during the inning, allowing four more hits that resulted in three more runs, to give the Golden Sox a five-run edge.

“We were down for most of the game and our pitchers were not able to hold up. It was our pitchers who saved the day,” gushed Bernardo.

Behind center fielder Marco Mallari, the Blue Eagles were able to chip into the lead, eventually figuring in an 8-10 predicament entering the final inning.

Needing a fresh bat and with two runners on base, Rod Bitong stepped up to the plate big time. The product of Brent International School blasted a triple to right field that brought home two runner to tie the game. Kiko Andaya followed it up with a long base hit to center field for the go-ahead run.

“Big hits from Rodrigo and Andaya, who came out ready to play today,” Bernardo said about the two batters, who are at the bottom of the order.

“He has been a big factor off the bench. If there will be a tenth man award, he will be one of the contenders,” Bernardo remarked about Bitong, who is a sophomore. “Coach Randy [Dizer] and I were debating on bunting but we took a risk and it paid off! He wanted that moment.”

UST, who started the season 3-1, ended their campaign with a 4-6 slate. Ian Llave, Alwen Calbang, and Jamil Santiago all made the rounds to close out the game, signifying the end of their UAAP career.

“We just told them that UST will not give us this game on a silver platter – we need to work hard for it. And they gave us a good fight. It’s really about school pride and the dignity of the team,” Bernardo said about UST’s brave stand.

Ateneo’s foil, the DLSU Green Batters battered the UP Fighting Maroons in the second game of the day, 21-9.

La Salle will enter the Finals with a five-game winning streak.

Iskos Mosh Chavez, Mark Tuballas, and Roque Banzon finished their collegiate careers as well. UP ended their campaign with a 2-8 record.

In the final game of the round, the National University Bulldogs turned back bronze medalists for the season, Adamson Soaring Falcons, 11-10.

The Bulldogs, who ended their campaign with 3-7 record, bid farewell to AZ Villalobos, Floro Malit, Greg Andres, and Diniel Bautista.

Though ending their careers with a loss, Adamsonians Erwin Bosito, Kyle Villafana, Raymond Matic, Gerald Riparip, and Daryl Montealto are still champions in their own right after helping Adamson climb to the top a season ago.