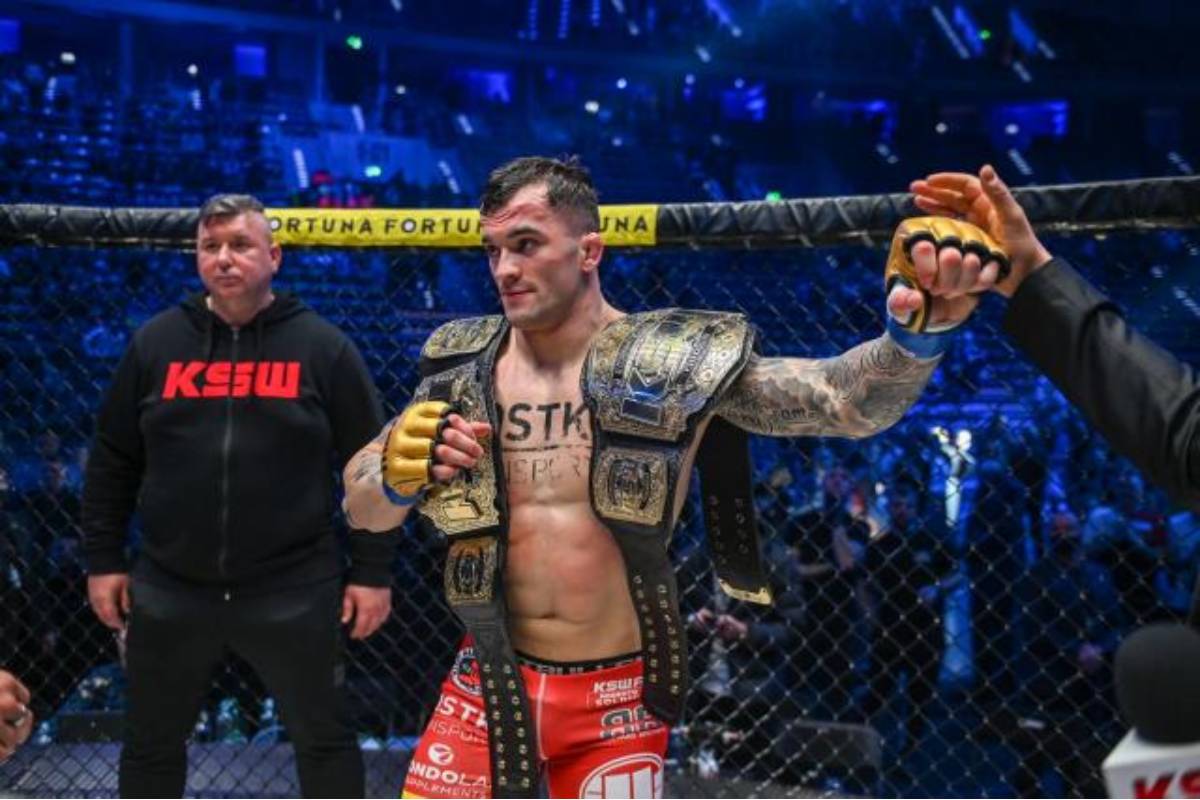 ONE Championship just picked up another high-level mixed martial artist.

Two-division KSW Champion Roberto Soldic will now call The Home of Martial Arts his new turf after announcing his signing on Ariel Helwani’s The MMA Hour on Tuesday morning.

The idea of competing in an organization that also promotes Muay Thai, kickboxing, and even boxing fights, was just too good for Soldic to pass up.

“I chose ONE because it’s the biggest martial arts promotion in the world,” Soldic told Helwani.

The 27-year-old owns a 20-3 record with an elite finishing rate of 90 percent and remains undefeated in professional boxing.

Soldic has ruled the KSW welterweight division since 2017 before moving up late last year to snag the KSW middleweight belt from Mamed Khalidov to become a two-division champion.

There has been no word on what division Soldic will compete in, but whatever he decides, he’s up for a new challenge.

“After I went to Singapore and I saw the atmosphere with Mr. Chatri [Sityodtong], how he treats the fighters, relationships, he gave me the best offer. He said to me, ‘You can be a unique fighter, and I will give you all the chances to take different belts from combat sports,’” he said.

“I do all sports. I want to do something different. I want to hold the belts from all combat sports. Nobody has done this before. So this is, for me, the biggest challenge.”

Soldic was also in the crosshairs of some of the biggest promotions in the U.S., the UFC included, but he explained that he feels he’s going to get challenged more in ONE.

“For me, it’s a better opportunity,” Soldic said. “It’s the biggest promotion in the world. Do you know what happens to UFC stars when they go to ONE? They lose. They cannot take the ONE belt. So this makes me want to be a different fighter. I want to try and take this belt where UFC fighters failed. They don’t show up there. When I watched the live ONE show, I [saw a] different striking [and] grappling game.”