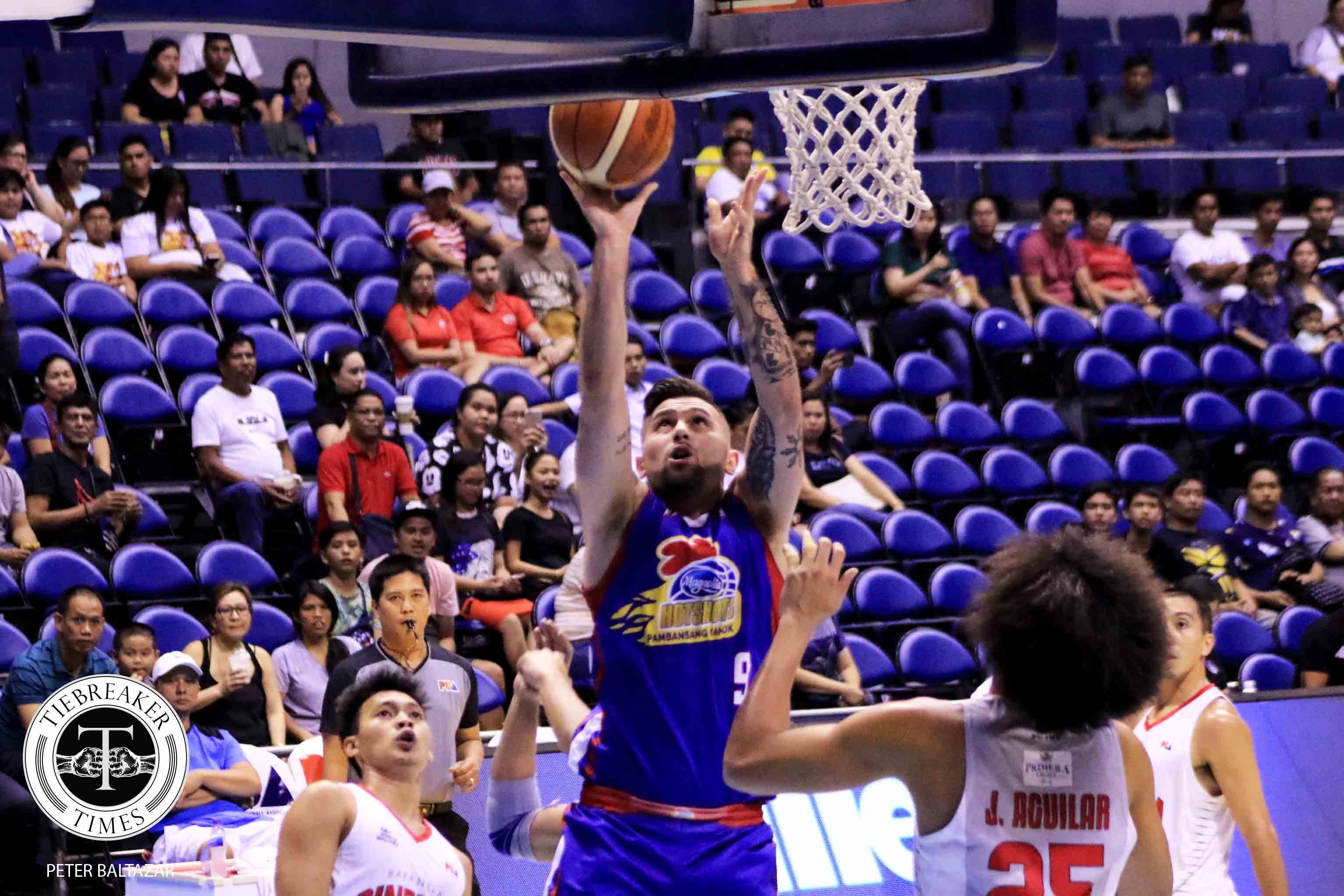 Once again, the quartet of Jio Jalalon, Mark Barroca, Ian Sangalang, and Paul Lee all came together to lead the Magnolia Hotshots past the Barangay Ginebra San Miguel to push their 2019 PBA Philippine Cup quarterfinal series to the limit, Monday.

But the unsung hero of the series-tying win was Robbie Herndon.

After head coach Chito Victolero named him to the starting five, Herndon seized the opportunity to show that he, too, doesn’t want their conference to end, as he produced 18 points on 8-of-14 shooting alongside five rebounds.

“When you’re in a do-or-die situation like that, a lot of guys don’t want their seasons to end yet.

“I think we used that as a motivation, that we didn’t want to go home yet, and that’s enough motivation for us,” said the sophomore guard.

Asked about his offensive outing, Herndon credited the Hotshots’ offense, which he felt was far better in Game Two than in their series opener last Saturday. In that game, Magnolia only shot 35 percent and only had 14 assists.

“That’s just the confidence that I have in myself as a player.

“If I’m open, take the shot. The lanes were open for me today, so I was able to get rebounds, putbacks, and fastbreaks today. Our offense had a good flow today,” the sixth overall pick in the 2017 PBA Draft said.

The 25-year-old cager out of Vallejo, California also took pride in the way Magnolia showed no signs of complacency, even if they led by 31 many times in the final period.

READ  After much delay, Alex Cabagnot has finally gone under knife to repair broken nose

“Whenever we play Ginebra, you always think that’s gonna be a close game. But we just made sure we didn’t get comfortable,” said the 6-foot-3 Herndon.

“Yes, we’re leading by thirty-one, but we kept the pedal on the gas.”

Herndon and the Hotshots will head into Wednesday’s Game Three with their confidence on a high. But he warned that they can’t let it get to their heads, or else their aspirations of making it into the semis will go out of the window.

“We’re confident, but we know the third game is gonna be a lot different than today’s game. We can’t be complacent, we can’t be relaxed,” he said.

“You all remember the games last conference, so that’s how the game is gonna be like.”

Jio Jalalon elated to see Magnolia wake up from slumber