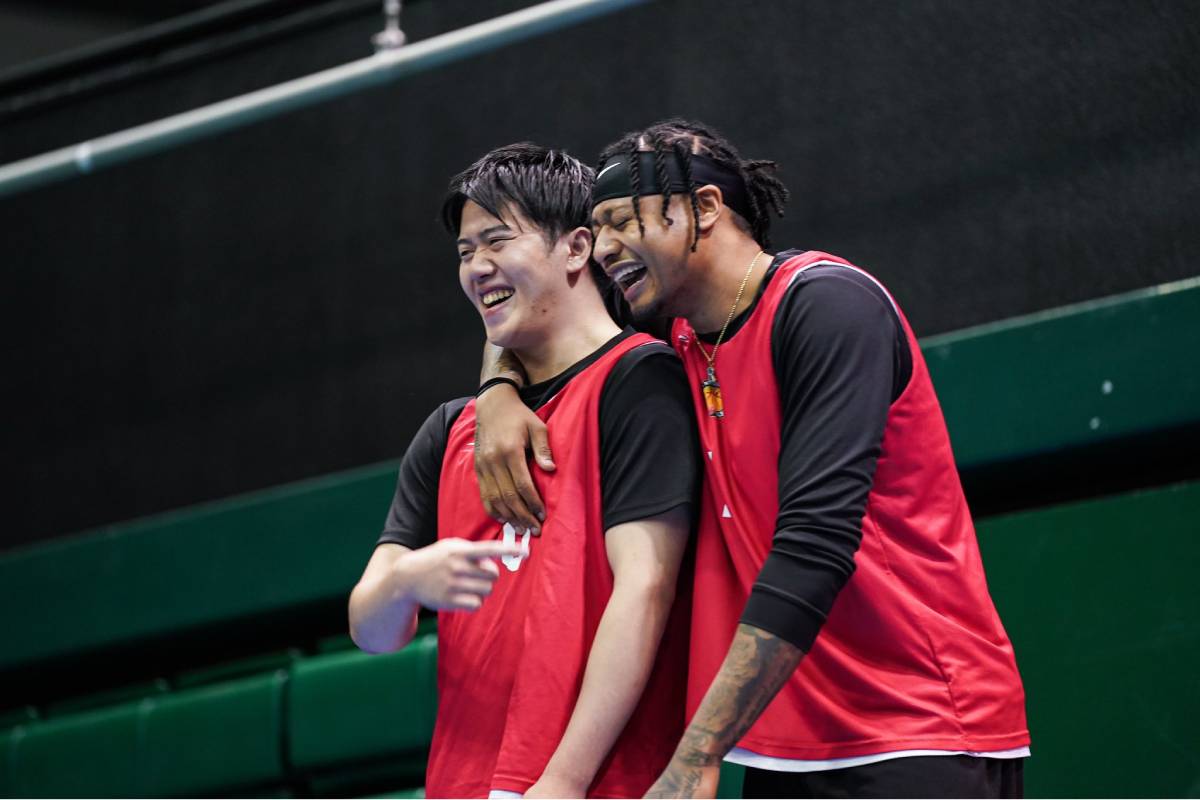 The 29-year-old star announced on his Instagram Saturday that he is playing another season with Nagoya in the B.League following a successful rookie season that saw him emerge as a key contributor in the Diamond Dolphins’ 2021-22 playoff run.

Parks told Tiebreaker Times that he signed a one-year extension, not a two-year deal as previously reported elsewhere. The financial terms of the deal were not disclosed.

The decision to stay with Nagoya instead of testing the open market, according to the son of legendary PBA import Bobby Parks Sr., was a no-brainer choice mostly buoyed by the idea that he is staying in an environment where he “felt at home.”

“This is a special, genuinely appreciative fanbase, and I learned a lot from my coach Shawn Dennis too,” he said.

“The team being together is really great as well, and I really enjoyed our time together. Everything was very genuine. And the city of Nagoya, the management, everyone made me feel like I was truly at home.”

The first year of the partnership between club and player yielded good results. The DIamond Dolphins finished with the West District’s third-best record – and the league’s seventh-best – at 34-15, good enough to land itself a spot in the quarterfinals.

Nagoya, unfortunately, ran into trouble in the first round of the playoffs against the Kawasaki Brave Thunders, the second seed from the East District who swept Parks and his team in two games.

Parks, for his part, still had an efficient and impressive year despite Nagoya’s early playoff exit. In 46 games, the 6-foot-4 star swingman averaged 10.4 points, 2.2 rebounds, 1.9 assists and 1.1 steals in 22.2 minutes while shooting 47.5 percent from the field, hitting 38.7 percent of his 3.5 attempts from deep, and sinking 72.1 percent of his free throws.

“I definitely enjoyed my time there and I have genuine teammates that I would go to war for any time,” he continued. “Plus, the culture of Japan allows you to really just take in and hone in on your craft and savor how deeply you care about basketball. And me being able to represent the city of Nagoya but also to represent my country at the same time, I’m more than privileged to do that.”

Parks signing only a one-year extension with Nagoya technically means the door is open for him to return to the Philippines after the 2022-23 B.League season.

Per PBA rules, Parks can choose to return to the PBA within two years – or after his season with Nagoya next year – to play again for TNT, which holds his rights for five years. If the second generation star signs another deal to stay in Japan next year, he will face a “sit-out” period that will keep him from playing in Asia’s first pay-for-play league for the next three years, or until 2026.

Asked about his future after his current deal in Nagoya, Parks preferred to say that the focus is on his immediate future with the Diamond Dolphins.

“The PBA is always in my heart, man,” Parks remarked. “Playing at home in front of a home fan base is a great feeling. To play in front of your countrymen is amazing.

“But right now, I just have to do what is best for me – my growth as a basketball player, learning within the environment of an international competition, and also from a great coach and alongside great teammates,” he added.