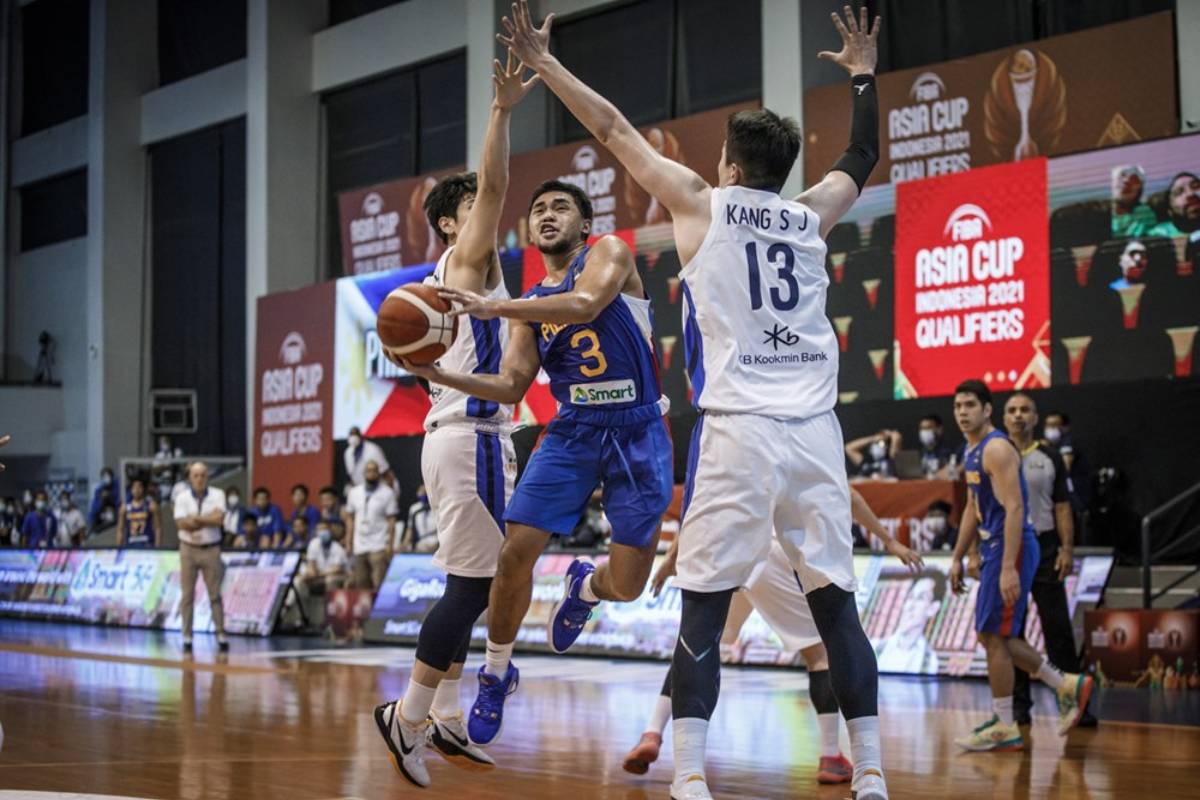 The 5-foot-10 playmaker simply gets himself as prepared as possible whenever he gets his number called — whether he comes off the bench or starts.

Abarrientos was subbed in with 5:19 left in the second period with his side staring at a 19-35 deficit, and he provided the badly-needed spark.

He scored six points, helping the Filipino dribblers’ surge to trim the wide gap to just eight, 36-44, heading into the intermission.

That finally got things going for Gilas. They got their first lead of the game in the third canto, and even enjoyed a 64-59 edge in the final period.

And even though the Koreans managed to regain the lead, 75-70, going to the last two minutes, the young crew showed composure beyond their years.

“We were down pero ginawa lang ‘yung part namin, ‘yung system talaga ni Coach Tab [Baldwin] sobrang importante sa’min,” said Abarrientos, who has yet to have a collegiate game under his belt.

There was no denying the impact Abarrientos made but what really made wonders for them, he said, was the kind of connection the team has.

That was evident when Dwight Ramos waited for the right opportunity to pass it to SJ Belangel, who drained the wild triple at the buzzer for the victory.

Then there’s also the duo he formed with Kai Sotto, who also contributed greatly to the triumph with 11 points, seven rebounds, two assists, and a steal.